?Inter boss Antonio Conte has defended his record at Chelsea by pointing out that he managed to lift the Premier League title in his first season in England, whereas Jürgen Klopp and Pep Guardiola did not.

Conte took over at Stamford Bridge ahead of the 2016/17 season, and after an uninspiring start to the campaign, eventually led his side on a record-breaking run to the Premier League title in his first season in charge. Speaking in a press conference ahead of his side’s meeting with Udinese (via the club’s ?YouTube channel), Conte admitted that winning the trophy in his first season should prove his pedigree.

“At ?Chelsea, I won the ?Premier League in the first year and the FA Cup in the second year,” he said. “That’s not a walk in the park, given the level of coaches who are working there.

“Klopp hasn’t won anything yet in England after four years and Guardiola didn’t win anything in his first year. It shows I did very well in England.” 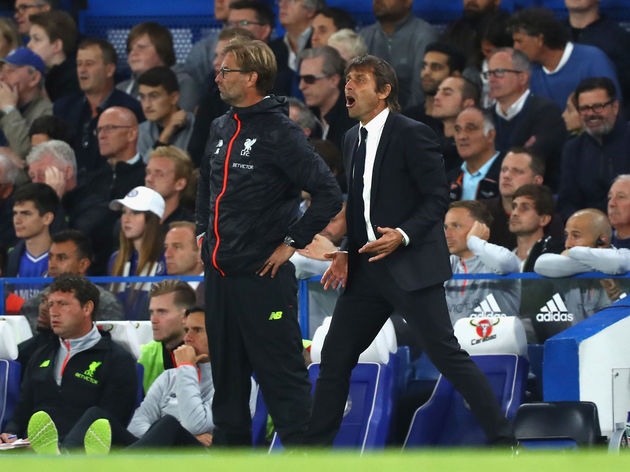 It took Guardiola until his second season to win the Premier League title with ?Manchester City, while Klopp’s ?Liverpool are expected to finally end their drought this season, but neither managed an instant impact quite like Conte.

The Italian used his knowledge of the English game to lure ?Christian Eriksen, Ashley Young and Victor Moses to San Siro in January, and Conte admitted that those dealings prove that ?Inter’s allure has returned once again.

“I’m glad the three from the Premier League have decided to come,” he said. “Eriksen was a big coup for the club. “We are talking about a player who was in a position to choose and chose us, this must give us great pride. It means that Inter is seen in the right way outside the club.

“We have started a journey, it takes patience. But surely this beginning has given positive signals from the outside. It was not obvious that a player at the end of the contract of the calibre of Eriksen would decide to come to Inter.”