Walter Mazzarri’s men have enjoyed a prolific time away from home in Serie A this season, but Al Hain-Cole expects them to come away frustrated against the Zebrette

After suffering their first home defeat in 23 Serie A games against Roma last weekend, Udinese will be hoping to make the Stadio Friuli into a fortress once again when Inter come to visit on Sunday.

Franceso Guidolin’s men bounced back from that defeat by recording their first away win of the season against Sassuolo on Wednesday and are available at 13/8 (2.63) with Coral to follow that up with another victory in front of their own fans. 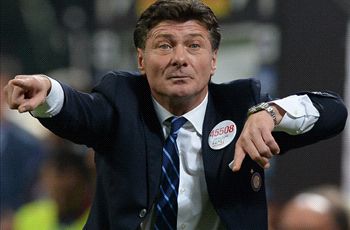 Meanwhile, the Nerazzurri’s draw against Atalanta in midweek means they have won just one of their last five fixtures and are also on offer at 13/8 (2.63) to come out on top in a tight encounter.

Having won their first two away fixtures by an aggregate scoreline of 10-0, Walter Mazzarri’s side have now drawn each of their last three on the road, and you can get odds of 9/4 (3.25) on the sides cancelling each other out here.

Considering the visitors lost nine of their final 13 away games last season, it is rather surprising to see they are one of only two teams yet to taste defeat on the road so far this campaign.

While they have found plenty of joy in front of goal on their travels so far, Mazzarri is unlikely to risk leaving his side too open when they take on their toughest away test yet and will surely revert to the more cautious approach that brought him success with Napoli last season. 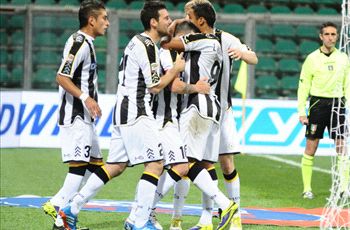 Although his Partenopei team boasted the best goal-scoring record on home turf last campaign, on the road they adopted more of a counterattacking approach, which saw them concede fewer away goals than anyone but champions Juventus.

With this in mind, goals ought to be few and far between when they visit a Zebrette team who have conceded just eight goals in their last 16 games in their own back yard, and odds of 10/11 (1.91) provide genuine value on under 2.5 goals going in.

That bet would have paid out in five of Udinese’s last six matches and each of their last four on home turf, as well as two of Inter’s last three on their travels.