?Santos star Gabriel Barbosa has said that he is ‘unsure’ of what his future entails at his parent club Inter Milan, despite discovering the scintillating form which caught Europe’s top clubs’ attention back at Santos.

Speaking to ?Fox Sports Asia, the 22-year-old, who was tipped to be the next big thing as a teenager after breaking through at Santos, has said he is enjoying life back in his homeland after his nightmare ?Inter move.

‘Gabigol’ joined Inter in 2016 for £30m, but scored just one goal for the ?Serie A giants before enduring another nightmarish time on loan to Benfica, where he failed to score.

The Brazilian international, who has 19 goals in 38 games back at Santos, said:

“We’ve been discussing things freely. I think he has an important role in my development and that of the team.

“Regarding the offers I’ve received, I told Cuca that I didn’t want to leave. I needed to stay for him and the fans. The decision to stay was more for my teammates and the club.

Having endured such a torrid time in his first venture into Europe, Gabigol does not seem entirely fixated on a return to Inter. 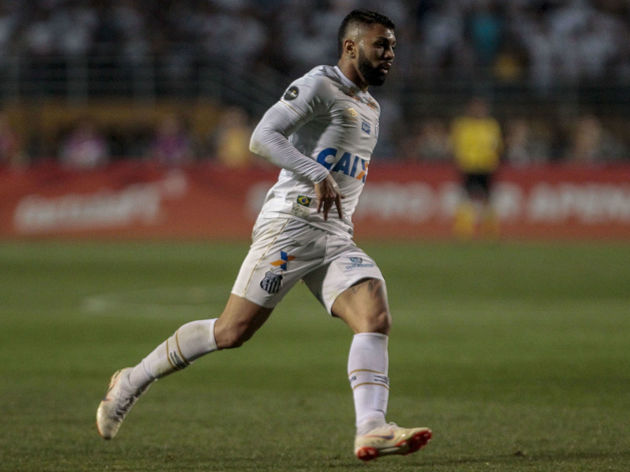 He added: “As for Inter, I didn’t say I want to return but that I should because of my contract. I’m very happy with how well things are going at Santos and for now I’m thinking about them.

“I still have 17 more games to play, I have time to decide if I’ll return or stay. I have to make the most of the opportunities I have here.”

Whether or not Inter mistreated the precocious Brazilian talent, or the Brazilian league is simply less demanding remains to be seen, but it appears that Gabigol’s time at ?Inter is up.