?After a month-long – at least – hiatus from predicting the fortunes of the weekend’s football, 90min‘s editorial team is back by popular demand – or, more honestly, because we’ve remembered that this is a thing we do.

And what a weekend for us to remember, with a barnstorming Clásico between Real Madrid and Barcelona in prospect, as well as the biggest match of, potentially, the season…pitting West Ham against Southampton at the London Stadium.

Oh, and there’s also a heavyweight clash between Juventus and Inter at the top of Serie A, and the contesting of the first piece of domestic silverware in England – as Aston Villa take on the daunting task of defeating Manchester City in the Caribouuu (yes, that’s how it should be said) Cup final.

But enough with the fluffing about, we all know that you want to get straight into the nitty gritty.

So let’s do it, starting with a trip over to the Bundesliga… 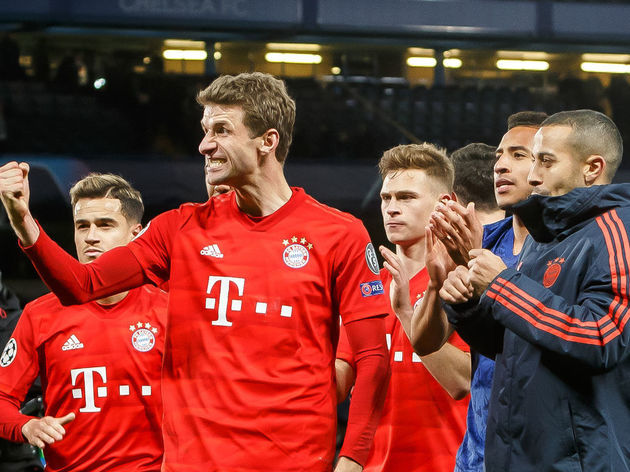 Here’s the equation: ?Bayern are pretty good away from home, and Hoffenheim’s home form is pretty poor (six defeats in 12 this season).

That will not be enough. If there’s one thing Chelsea love, it’s making out-of-form teams look like 1970 Brazil. Fortunately, the Blues are blessed with the added bonus of not having the curse of Stamford Bridge weighing them down.

Nobody likes playing at home anyway.

Buoyed from the win over Spurs and burdened by the loss against Bayern, you’d think ?Chelsea

General Consensus: Split Between Away Win and Draw The Hammers can’t stop losing games and even though they put in an admirable performance against the runaway freight train that is Liverpool, they still ended up on the losing side at Anfield this past Monday.

This weekend it’s Southampton, who have firmly pushed any threat of relegation West Ham’s way, largely thanks to the brilliance of Danny Ings. He’s got 15 goals this season for the Saints, while West Ham’s top scorer in the league, Sebastien Haller, has six. Says it all really, doesn’t it?

Still, let’s not use those statistics to stop a West Ham fan from predicting a senseless home win. With the exception of the defeat in Madrid, Liverpool have found a way to keep eking out the wins, even when not at their very best.

Don’t expect to see many swashes buckled at Vicarage Road on Saturday, with Watford – the Premier League’s joint-lowest scorers and without a win five – likely to set up for a long afternoon of muck and bullets defending, while stifling the Reds’ creativity out wide will be the priority.

If Liverpool find a way through it will set a new Premier League record for consecutive wins (19). Reasons why Inter will win:

2. Inter have a competent midfield.

3. Inter have a regular starting XI.

4. Inter have runners throughout their team.

5. Romelu Lukaku will quite literally eat Juve’s back four.

Reasons why Juventus will lose:

2. Juventus’ midfield is the worst it’s been since the Christian Poulsen days.

3. Juventus do not have a nailed-on starting XI.

5. Juve’s back four will quite literally be eaten by Romelu Lukaku. It might not be the highest quality Clásico in recent memory but that won’t diminish its importance.

With Barça two points clear of Madrid, a win at the Bernabéu would be crucial in the title race. Los Blancos – who have not beaten their Clásico rivals at home in La Liga since 2014 with a GD of -8 since – need a reaction after a traumatic night against Man City, but still have huge problems in attack without Eden Hazard.

While Zinedine Zidane’s side still has La Liga’s tightest defence, disappointing results against Celta and Levante have re-awoken issues of Madrid’s vulnerability.