?Juventus will host Inter behind closed doors this Sunday, as COVID-19 takes its toll on the Italian football calendar.

In an attempt to limit the spread of the coronavirus, a number of Serie A fixtures from week 26 were postponed (and have been rescheduled for this weekend), and all fixtures in Serie A will now be played behind closed doors until 3rd April.

Despite the confusion surrounding fixtures, Juve vs Inter is a game of mass proportions, as both sides battle it out to be crowned Serie A winners. Inter currently sit third place on 54 points, while current champions Juventus are in second on 60 points. Lazio are top of the table with 62 points, but with Inter having two games in hand on the leaders, and Juve having a chance to go top on Sunday should they win, that could all change very quickly. 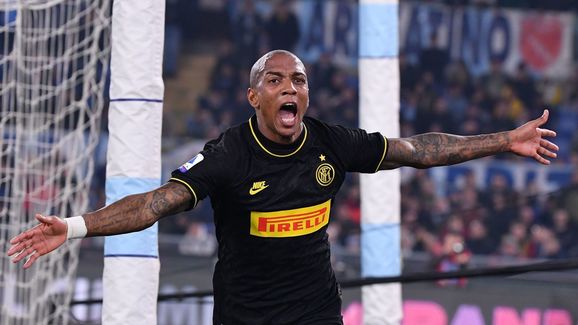 Wojciech Szczesny (GK) – While both sides benefit from having incredibly talented goalkeepers, Inter captain Samir Handanovic has missed the past few weeks with injury, while Szczesny has remained present for I Bianconeri in Serie A, where they’ve remained unbeaten since January.

Ashley Young (RB) – A surprising inclusion to say the least, Young signed for Inter from Manchester United in the January transfer window and has adapted to life in Italy very quickly. Young’s wealth of experience from his eight and a half years in Manchester will lend itself well to such a big game, which is why he gets the nod over Juve’s Danilo.

Leonardo Bonucci (CB) – Despite leaving for a season to play for ?AC Milan in 2017/18, Bonucci has been a key figure for Juventus for the best part of ten years. Vice-captain at both club and national level, Bonucci has been a part of Juventus’ domination of Serie A, winning seven titles with the Old Lady, as well as ?three Coppa Italia.

Milan Skriniar (CB) – While a 32-year-old Bonucci brings experience and silverware to this combined XI, Milan Skriniar – at just 25 – is here for the ride. Quickly establishing himself as one of Europe’s most talented centre-backs, and has made 31 appearances in all competitions for Inter this season. Considered one of their best players in a strong Inter side, Skriniar is a sure choice.

Alex Sandro (LB) – Without doubt one of the best, if not the best, left-back in the world, Alex Sandro is simply untouchable by any other means. Since signing for Juve in 2015, he has established himself as a regular in the side and is capable of providing an attacking presence as well as being proficient at the back. So far he’s managed 10 goals and 24 assists during his time with the Old Lady. Aaron Ramsey (Deep-Lying Midfielder) – A genius bit of business by Juventus saw them sweep up the signing of Ramsey on a pre-contract agreement from Arsenal, which was completed last summer. Initially struggling to nail down a spot in Maurizio Sarri’s side, Ramsey is slowly settling to life in Italy and his talents as a box-to-box midfielder make it difficult for him to be ignored.

Marcelo Brozovic (Deep-Lying Midfielder) – Versatile, but proficient in every position he is capable of playing, Brozovic has become key to Inter’s recent revival. His range of passing, combined with his engine and tackling ability is impressive. He was a part of the Croatia team who finished runners up at the 2018 World Cup, and makes an ideal partner to Ramsey in this XI.

Cristiano Ronaldo (LW) – This one isn’t even up for debate, really. By far and away one of the greatest footballers to grace the game, ?Cristiano Ronaldo has added another element to his already outstanding footballing CV since joining Juventus. Proficient as both a striker and a winger, the 35-year-old is ageless, and has bagged 53 goals since moving in 2018. His quality is unquestionable, and no combined XI would be complete without him 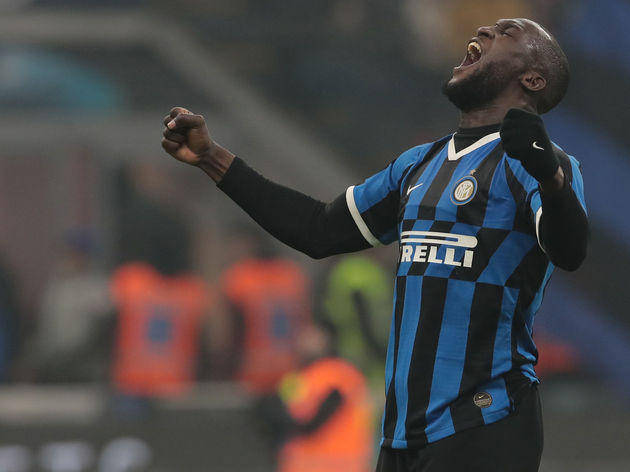 Romelu Lukaku (ST) – A move to Inter beckoned for ?Romelu Lukaku after falling out of favour in his final season at Manchester United. The Belgian has enjoyed a new lease of life at I Nerazzurri however, his first goal coming in his debut against Lecce in September last year. He currently ?has 17 league goals to his name; only Cristiano Ronaldo (21) and Ciro immobile (27) have more.