Fabio Cannavaro has announced that he and his 2006 World Cup winning teammates will set-up a collection fund to help aid with the outbreak of coronavirus back in Italy.

Italy has been the European country worst hit by the virus, with almost 25,000 people testing positive for it.

Cannavaro, who retired back in 2011 and is now the manager of Chinese club Guangzhou Evergrande, has revealed that he and his former teammates have come together to help with the cause. 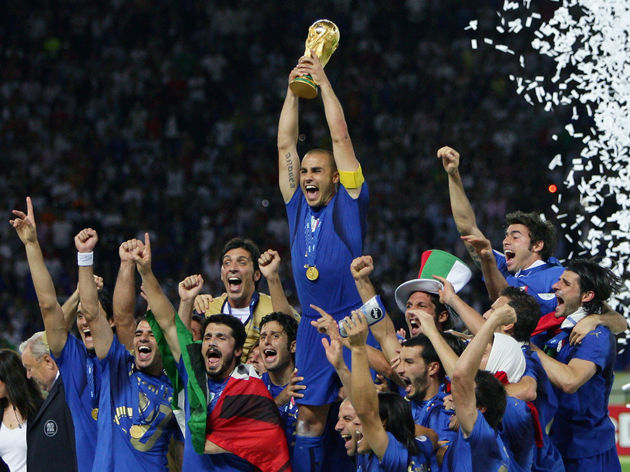 “I, along with my other fellow world champions in 2006, are taking to the field once again to win a new challenge,” the 46-year-old told Gazzetta dello Sport, as quoted by Marca. “A fundraiser for the Italian Red Cross to help our country in this coronavirus emergency.”

On his ?Instagram page, Cannavaro continued: “Our goal is to help our country to deal with the COVID-19 emergency. I hope you will all be part of our team as well. United we will win again!”

News of the fundraiser comes days after various Italian World Cup winners posted pictures on social media of themselves watching a rerun of the 2006 final in Berlin, where they beat France on penalties to become world champions for the fourth time.

While Cannavaro mentions they till be getting back together on the pitch, he has not revealed any further details of a potential charity match. Considering the restrictions in Italy and across Europe, it seems likely that this match will be played either behind closed doors or at a time in the future where it will be safe to host large public gatherings again.

Football remains suspended until April at the earliest across Europe’s top five leagues and beyond. UEFA are meeting on Tuesday to discuss how the rest of the season could be played out and whether they should postpone this summer’s European Championship