?Like Sean Dyche with 4-4-2, Pep Guardiola with quirky tactical innovations and Tony Pulis with Rory Delap, Antonio Conte’s fetish for wing-backs is a love story that dates back to the start of the fiery Italian’s coaching tenure at Juventus in 2011.

And along the way, Conte’s never been blessed with the most naturally gifted of flankers; from workhorses Stephan Liechtsteiner and Kwadwo Asamoah at the Bianconeri to misfits Marcos Alonso and Victor Moses at Chelsea. He has, however, had the knack of turning them into world-beaters – most notably Alonso during the Blues’ title-winning campaign in 2016/17. And at Inter it’s been no different; Antonio Candreva has enjoyed a resurgent campaign as a right wing-back under Conte’s tutelage while Ashley Young has settled in nicely down the left since his January move.

But wouldn’t it be nice for the Italian to finally have some genuine elite talent occupying such a pivotal position in his aggressive and direct 3-5-2?

So, here are six potential wing-back options for the Nerazzurri to target ahead of next season… The dynamic Brazilian has fared pretty well in the rotational role he’s played in this term, with recent viral videos highlighting ‘he’s still got it’.

While he may struggle to maraud down the left flank for 90 minutes 38 times a season, Marcelo would nonetheless provide Inter with another outlet in the final third with his godly switches of play and variation in possession.

A monster upgrade on what Conte’s currently working with, that’s for sure. After enjoying a successful loan spell at the Nerazzurri while under contract at Valencia, Inter may well look to bring Cancelo in permanently after enduring a difficult first season at Manchester City.

While his poor positional sense and lack of awareness make him frailer than others defensively, his attacking prowess is what makes Cancelo such an exciting player. Simply put, he has all the attributes of a traditional winger and would undoubtedly thrive in a more advanced role at Inter.

The technical proficiency of the Portuguese star allows him to play a wide variety of passes, while his acceleration and craftiness in possession make Cancelo a serious threat in one-v-one situations. He’s also a fine crosser of the ball which is a necessity for a Conte wing-back.

A hefty fee, however, should also be expected due to City’s unwillingness to let Cancelo depart. The talented 24-year-old has been lost in the wilderness since his 2018 move to the Bernabeu from Real Sociedad; with his current loan spell at Bayern

The Spaniard is in desperate need of minutes and a move away from the capital is needed when he returns from the Allianz Arena.

Inter and Conte could provide Odriozola with a route to resurrection. The Spaniard is a tremendous athlete and a fantastic crosser of the ball, while from a defensive standpoint; his speed helps him recover from surges into the attacking third and he also reads the game exceptionally well. It’d be outright crazy not to include Conte’s godson in this list, and a reunion between the pair makes total sense if Frank Lampard steers away from a three at the back system at Stamford Bridge.

Although Lampard has generally favoured a 4-3-3 or 4-2-3-1 in his debut season at the helm, he also deployed a 3-4-2-1 for a three-game spell just before the suspension. Alonso, of course, netted three times in those games as a left wing-back.

Blessed with the dreamiest of left foot’s and ruthless goalscoring instincts in and around the area, Alonso may well be the most effective wing-back in football and we wouldn’t want to see him wasted in a role which exposes his sub-par defensive abilities as a more restricted full-back.

This is a reunion everybody wants to see in a post-pandemic world and if a move does materialise for the Spaniard, you can bet ya hot dollar the Scudetto will be returning to San Siro…potentially. An unknown commodity to most before the start of the 2019/20 campaign, Gosens has enjoyed a remarkable season at Atalanta – establishing himself as a key cog in Gian Piero Gasperini’s innovative 3-4-1-2 system.

The ease at which he beats the opponent’s press with sharp combination play makes the German so pivotal in the build-up phase, while his potency and predatory instincts can be likened to Alonso during his Chelsea

Gosens also impresses from a defensive perspective; his 2.32 combined tackles and interceptions per 90 in the league this term is respectable, while errors are a rarity.

The German will certainly come at a price, mind, while he’s also said he’d only leave Bergamo for his boyhood club, Schalke 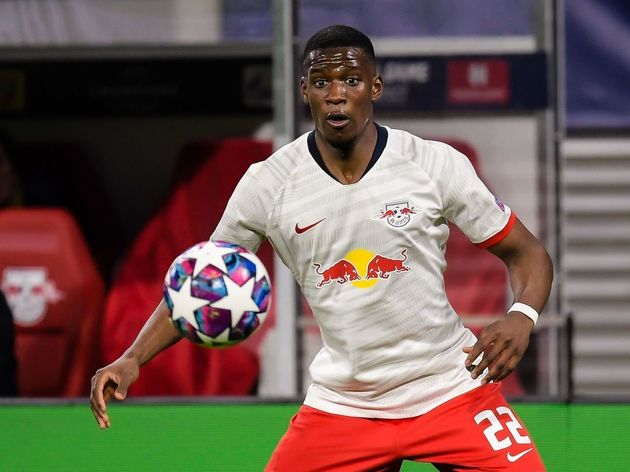 The versatile Mukiele is an absolute demon in all phases of play and may well be the most complete wing-back on this list – despite being a centre-half by trade.

The Frenchman certainly isn’t afraid to form part of RB Leipzig’s front line in attack either and has proved to be an effective target for the long ball. His most recent strike, for example, came after he made a diagonal run from the right flank in behind the Werder Bremen defence before latching onto Konrad Laimer’s delicately weighted lofted pass and rounding the keeper to score.

Mukiele’s aggression has seen him thrive in Julian Nagelsmann’s high-pressing system at Die Roten Bullen and would certainly be some coup for the Nerazzurri.

The fact he’s such a prized asset along with the potential departure of Dayot Upamecano, however, makes any potential deal tricky.