Inter can take another step towards qualifying for next season’s Europa League when they play host to Napoli in Serie A on Saturday in a game where both sides have plenty to play for.

Walter Mazzarr’’s men opened up a five-point gap over their nearest rivals by virtue of an impressive 2-0 win over Parma last weekend and the home side can be backed at 13/10 (2.30) with William Hill to claim all three points when they face Rafael Benitez’s side.

Napoli know that victory will ensure them of qualification for the Champions League for a third time in four seasons and can be backed at 21/10 (3.10) with William Hill to see off Inter this weekend. The same firm go 23/10 (3.30) that the contest ends in stalemate.

Inter come into this match in fine form, having lost just one of their last 12 matches in Serie A, and will be confident of improving upon that record against a Napoli side that has won just three of their last 11 matches on the road.

Argentine striker Mauro Icardi has scored four goals in his last three matches for Mazzarri’s men and the 21-year-old is chalked up at 11/2 (6.50) with William Hill to break the deadlock this weekend.

Icardi’s fellow countryman Gonzalo Higuain is likely to lead the line for the visitors this weekend and the former Real Madrid striker can be backed at 5/1 (6.0) with William Hill to open the scoring at San Siro. 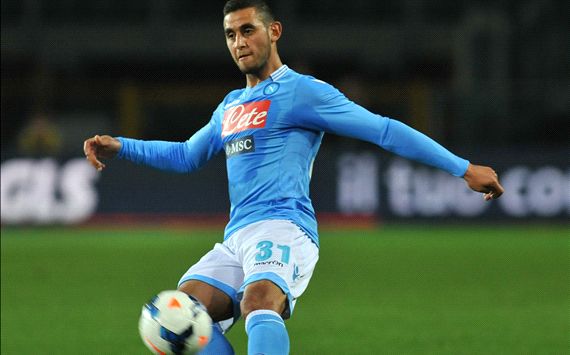 The 26-year-old front man has bagged an impressive 17 goals in 31 league appearances for Napoli thus far this term and the 5/4 (2.25) quote from William Hill for Higuain to score at any time appears to be generous ahead of this weekend’s crunch clash.

With both sides carrying a potent goal threat, it is somewhat unsurprising that William Hill offer just 8/13 (1.62) for both teams to find the net here while the 8/11 (1.73) quote from the same firm for three or more goals also looks likely to be a solid selection.

Punters, though, should take a chance of the ever-dangerous Higuain to find the net at any time at a chunky 5/4 (2.25) with William Hill this weekend.