?Diego Simeone’s agent and sister, Natalia, has suggested that her brother will one day be reunited with his previous club, ?Internazionale.

Known as a tenacious defensive midfielder in his playing days, the Argentine spent two years in Nerazzurri colours, winning the 1997/98 UEFA Cup. 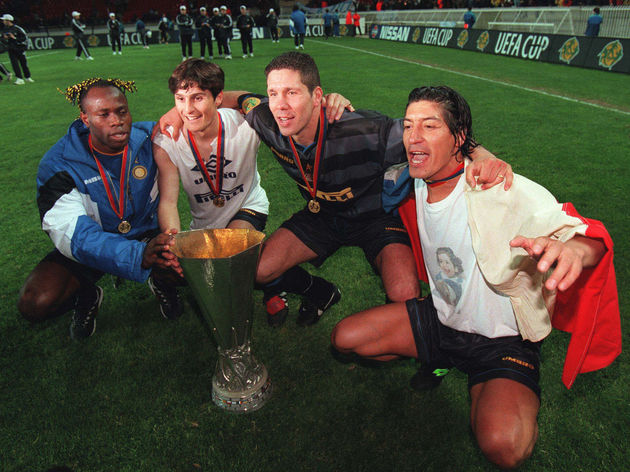 ?Football Italia relay Natalia’s quotes, and how she thinks that Diego will follow his heart to take on a different challenge:

“I think it is only a matter of time. He loves the club, the atmosphere and living in ?Milan. Inter is a side he would really love to coach.

However, Simeone only extended his contract with ?Atletico Madrid this summer, therefore such services would not come cheap.

This is the second biggest increase in all of Europe.

Still only ranked 13th in the world but Suning work is paying off. pic.twitter.com/cn4dMoYfdt

Continuing on, his agent said: “At the end of the day, passion always wins out. Diego has been with Atletico for seven years. He is one of the best coaches in the world, but he remains when he knows there is still work to be done. And I accompany him.”

If Diego switches to ?Serie A, he won’t be the only Simeone in the division. His eldest son Giovanni is currently plying his trade for Fiorentina, and some sensational form has earned him a national team call up.

Giovanni Simeone’s start of the season:

– goal & assist in the opening weekend of Serie A vs Chievo Verona ?

– goal on his senior international debut vs Guatemala ??

However, aunt Natalia has announced that youngest son Giuliano will be the family’s future star: