The Nerazzurri have lost each of their last five games on the road, and Al Hain-Cole expects them to come away empty-handed once again when they travel to the Artemio Franchi

Having booked a place in their first Coppa Italia final in over a decade on Tuesday, Fiorentina will be looking to give their Champions League hopes a boost when they welcome Inter to the Stadio Artemio Franchi on Saturday.

With Napoli not in action until Sunday, Vincenzo Montella’s men are available at 11/10 (2.10) with William Hill to move into the top three with a victory that would also extend the gap between them and their opponents to 11 points. 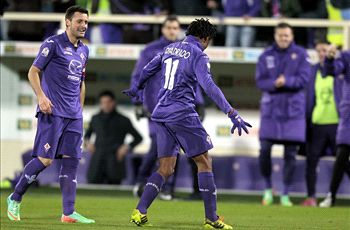 The Nerazzurri secured their fist victory in seven by a narrow 1-0 margin against Sassuolo last time out but are 13/5 (3.60) outsiders to come out on top in Florence.

The pair have shared just one draw in their last eight encounters, but you can get odds of 9/4 (3.25) on them cancelling each other out in this one.

Walter Mazzarri greeted last Sunday’s victory with a sense of relief rather than joy, admitting his team’s recent results have not been ‘particularly good.’

With just three wins and five defeats to their name in the last 13 fixtures, that assessment seems like a major understatement, particularly given one of those victories came in the cup against Serie B outfit Trapani. 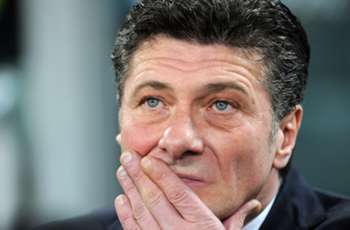 Most concerning for Mazzarri has to be the away form, with his team coming away empty-handed from each of their last five on the road and scoring just a single goal in the last four.

This does not bode well for a clash against a team with just one defeat to their name in 16 competitive matches in front of their own fans, particularly considering 12 of those 16 have resulted in home wins.

With la Viola in a confident mood after their Coppa Italia triumph, odds of 11/10 (2.10) are not to be missed on them consigning Inter to a sixth consecutive away defeat by coming out on top in this one.