?Chelsea and Everton are both keeping tabs on Inter midfielder Matias Vecino, and the two Premier League clubs are preparing to do battle over the Uruguayan’s signature in the summer.

The 28-year-old has been a prominent figure for I Nerazzurri this season, featuring 16 times in the league for Antonio Conte’s side, and he even scored a crucial goal in their recent victory in the Milan derby. 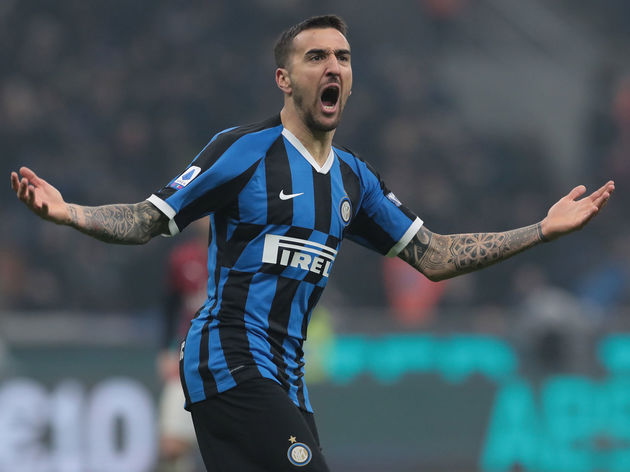 But despite his vital contributions for the title contenders this campaign, ?Calcio Mercato reports that Vecino will be available in the summer – and the Italian giants would prefer to strike a deal outside of Serie A – with Chelsea and Everton leading the race to land the midfielder.

Vecino arrived at San Siro from Fiorentina in 2017 in a deal worth €24m. The Uruguay international’s contract expires in the summer of 2022, meaning that his value will continue to drop as the transfer windows tick by. Chelsea and Everton aren’t alone in their interest with ?Napoli also keen on a deal, and Inter are desperate to sell him in the summer – while hoping to recoup the majority of the sum they paid almost three years ago.

?I Nerazurri are willing to consider offers in the region of €25m this summer, and the Italian giants would prefer to sell Vecino to a Premier League side, rather than strengthening one of their direct rivals. This weakens Napoli’s position in negotiating a deal for the ex-Fiorentina star, and puts Chelsea and ?Everton in pole position to sign the dynamic midfielder. ?The Blues are keen to improve their central options in the summer – they’ve already strengthened elsewhere in the squad with the signing of Hakim Ziyech.

Inter are keen to get the midfielder off their books as soon as possible, as they are eyeing a move for Barcelona star ?Arturo Vidal. Conte is a huge admirer of the Chile international, and the pair have previously worked together at Italian champions ?Juventus.