Inter fell at the hands of Atalanta at the I Nerazzurri failed to even get going on Sunday and were more than deserving of their 4-1 drumming. Atalanta controlled play in the first half and would have been disappointed if anything to not have the game buried.

Mauro ?Ica?rdi appeared to have made them pay at the start of the second half as he fired home a penalty after a dubious handball was given against Gianluca Mancini just a minute into resuming play.

Overall a catastrophic performance from Inter. Players and coach should even apologize to the fans for seeming not to wanting to come out and play today. This gutter mentality has no place at a big club like Inter. #AtalantaInter

However it was the defender who responded well with a goal soon after and his fellow defender Berat Djimsiti scored a carbon-copy goal in the 88th minute. Alejandro Gomez put the icing on the cake for the home side with a late wonder strike at the end of added time.

To make matters worse, Marcelo Brozovic was sent off for a late challenge after already receiving a yellow card. That rules the Croatian midfielder out for Inter’s next game against Frosinone next weekend.

?Inter never got out of the starting blocks on Sunday. Just three minutes in, Samir Handanovic was forced into a fantastic double save but this set the tone for the rest of the afternoon. Just as Inter were hopeful they could survive the early onslaught, Hans Hateboer appeared at the back post unmarked to give Atalanta a much deserved lead after just eight minutes.

It was Robin Gosens who found himself in so much space on the left and was able to steer the ball between goalkeeper and defence to find Hateboer in acres of space. This should have served as a warning to the visitors but this sequence would play out time and time again. Kwadwo Asamoah never seemed to be in the vicinity when Josip Ilicic missed not one but two good chances at the back post. Inter’s inability to recover from the early goal was probably what cost them. The Slovenian goalkeeper and long-standing Inter stalwart was the only player from the visitors who could leave the field with his head held high. Handanovic was phenomenal. He was as good as his defence was bad. He was offered no help and he was the only reason the goal margin was kept at just three.

It’s hard to pinpoint just one player who was poor for Inter, but as a unit the defence was abject. They were never positionally set and their back line was always far too deep affording Atalanta’s play-makers far too much space. 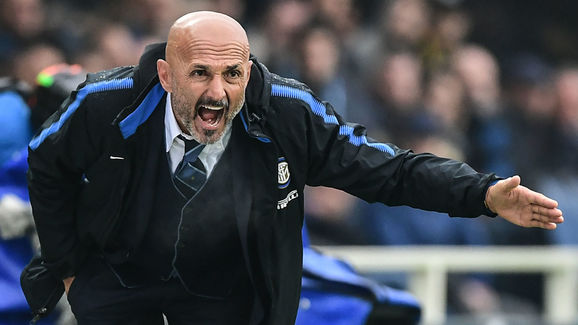 The full-backs were particularly appalling. Asamoah and Danilo D’Ambrosio seemed to be caught too far up the pitch time and time again. You would think this may at least give Inter some attacking threat but they never seemed to string enough passes together to utilise any width.

Atalanta dominated the first half. They had more possession and prevented Inter from getting a single shot on target. It is no exaggeration to say Atalanta should have been 5-0 up at half-time. This was all flipped drastically just thirty seconds into the second half when the penalty was awarded, as not only did Inter equalise but they stole the momentum. Just when you thought Inter could rescue the three points, Mancini rose highest from a free-kick and restored Atalanta’s lead in the 63rd minute. It was the defender who gave the penalty away but it was him who responded as well. This marks the third consecutive game Mancini has scored in and, more importantly than keeping alive that streak, it put the home team on top and they were able to see the game out from that point onwards.

The Argentine was once again integral to everything positive for Atalanta. The 30-year-old attacking midfielder was especially dominant in the first half, occupying the space vacated by Marcelo Brozovic. His strike at the end of the game was an example of what he is capable of, and his performance could have easily seen him getting few more goals and assists to his name if his teammates around him showed better quality.

Alejandro Gomèz’s goal perhaps one of the cleanest goals I’ve seen with regards to technique.

The Albanian international goalkeeper kept his place in the team following Atalanta’s win over Bologna last weekend, however this was far from one of his better performances. Despite being hardly troubled, Berisha made his teammates nervous as he was clearly struggling with the surface. It was his sliced kick at the start of the second half which gave possession away in his own area which led to Inter’s penalty. 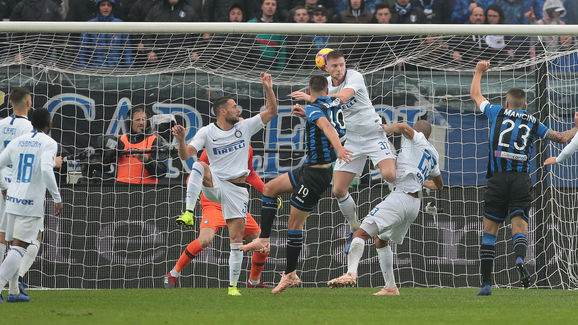 Inter play Frosinone at the San Siro next weekend. Their opponents currently sit in the relegation zone and should not provide much resistance. However Inter will then have to prepare to travel to face Roma and ?Juventus in a stretch of games which could give an indication of where their season is going this year.