Anyway, without further ado, let’s crack on with 90min’s definitive A to Z of Inter.

A is for Adriano 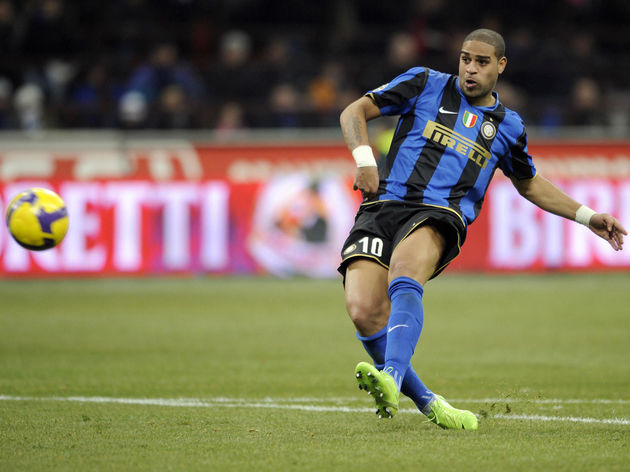 Shot power: 99. Chances of getting your body broken if you block it: 99%. Amount of fans who ducked behind their seat when they saw the Brazilian line up a shot: 99.

Inconsistency troubled his career, but ‘The Emperor’ will forever be remembered for having the most powerful left foot in human history.

B is for Giuseppe Bergomi

The beautiful kit that was mentioned earlier? No man has donned the ?Inter shirt more than Bergomi – 758 appearances and only played for Inter. What a man. Oh, h

C is for Antonio Conte

The man with the plan. Juventus have won every Serie A since 2011/12 and the former Chelsea manager will be keen to scupper their plans this season, or he might leave Lazio to do it.

D is for Derby della Madonnina 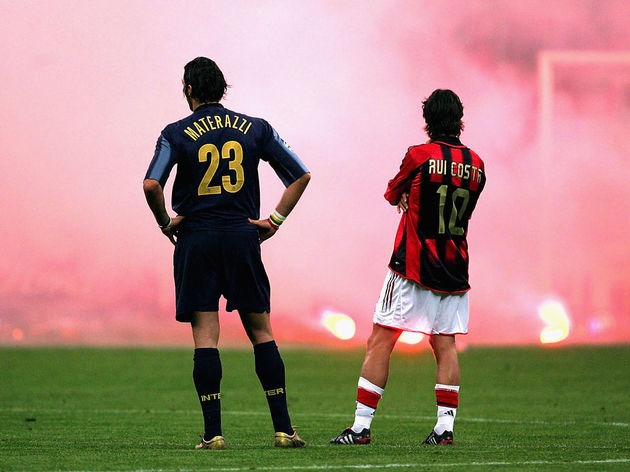 One of the biggest derbies in world football. Inter vs ?Milan. Nothing more needs to be said. What a picture.

E is for Samuel Eto’o

F is for Luis Figo

His best work may have come in Spain, but he was too good of a player to miss off the list especially as Inter was his final club. A Ballon D’Or winner with an unbelievable ability to leave defenders eating his dust.

G is for Giuseppe Meazza

The stadium at San Siro was named after the legendary Giuseppe Meazza!

Do you know the history of our stadium? ?? pic.twitter.com/Z299hGVreG

Inter’s greatest ever player. An impressive 245 goals in 348 appearances and three Serie A titles to his name. Additionally, the leading figure behind Italy’s 1934 and 1938 World Cup wins. Their famous stadium is also named after him – it doesn’t get more legendary than that.

H is for Helonio Herrera

A brilliant manager who masterminded Inter to great success in the 1960s including three Serie A titles and two European cups. His team from that decade even became known as Grande Inter, which is a cool nickname.

I is for Zlatan Ibrahimovic

Make way for the only animal on the list – ‘lions do not compare themselves to humans’. Zlatan was excellent for the Nerazzurri, scoring goals regularly and in his final season with the club he was the Serie A’s top goalscorer. Bow to the King.

J is for Jurgen Klinsmann 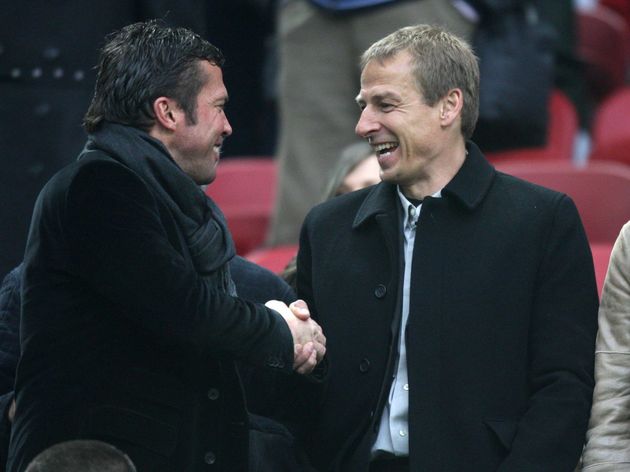 He may hold legendary status at Tottenham, but the German used to play in Italy and was actually quite popular – mostly because he learned Italian though. Can’t fault the effort.

K is for Kit

Mamma mia. There is simply nothing like the black and blue stripes of Internazionale. They’ve worn it since their formation, and it’s rumoured the colours were chosen to represent day and night.

L is for Romelu Lukaku

The big Belgian had to be included after his strong debut season for Inter after arriving from ?Manchester United. A total of 23 goals for the club so far is an impressive haul for a guy who has been rumoured to have the first touch of a donkey…

M is for Jose Mourinho 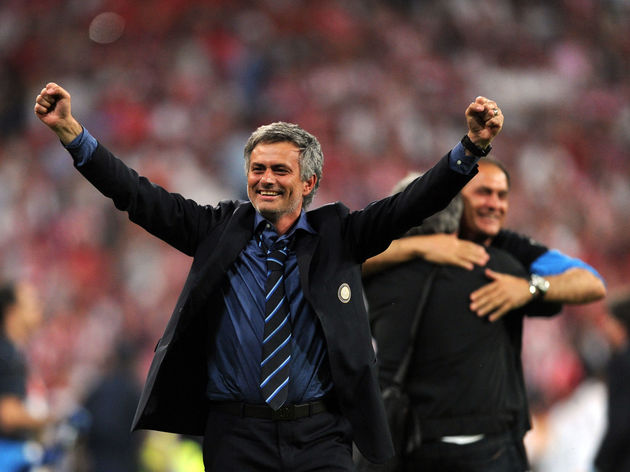 Not quite ‘The Special One’ anymore, the fascinating Portuguese manager is entertainment at its finest. The year of 2010 was a very special year for Inter as they won the treble of Serie A, Coppa Italia and the Champions League. Genius.

N is for Nerazzurri

An iconic nickname for an iconic club. The name translates to “The Black and Blues” – which makes a lot of sense…

O is for On Another Level

This is in reference to the Brazilian

P is for Philippe Coutinho 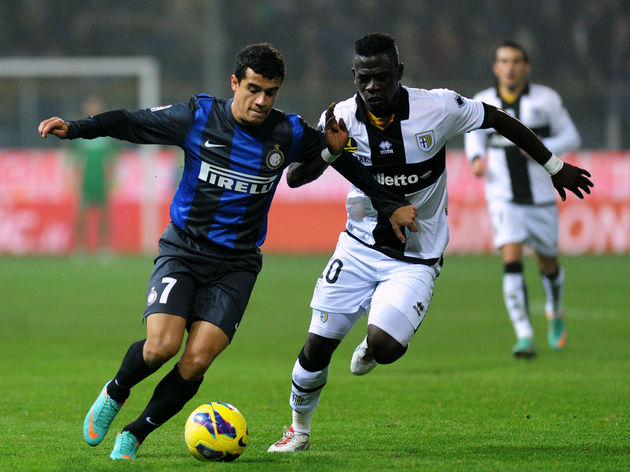 Possibly the most surprising name on the list – the former ?Liverpool playmaker featured in the Inter side for a few years before securing a permanent move to the Reds.

Q is for Ricardo Quaresma

Yes. Yes. Yes. The outside of the boot specialist did play for Inter and it wasn’t simply the case of trying to find a footballer who began with a Q. The winger played for Inter for a couple of years but didn’t succeed. Probably because he was attempting too many trivelas.

R is for Relegation

Inter are the only Italian club to have never been relegated from the top flight. *Adds to Italian pub quiz notes*

S is for San Siro

Home to both Milan and Inter. Stadium capacity of almost 80,000. One of the most majestic stadiums in Europe – ’nuff said.

T is for Trophies

U is for UEFA Champions League

V is for Chrisitan Vieri Once regarded as one of the best strikers in Europe, Vieri bagged 103 times in 143 Serie A matches for Inter, which is really quite impressive. What isn’t impressive is his nickname ‘Bobo’ – which is in reference to his dad’s name or the funnier point that he may be a bit dim.

W is for Walter Zenga

In order to keep some balance, a goalkeeper had to be included on the list and who better than Zenga, who was Inter’s goalie in the 1980s and early 90s.

From 2006 to 2010, Inter were winning trophies as if they were nothing – arguably, the greatest five years in their history. It will definitely take some beating either way.

Y is for Ashley Young 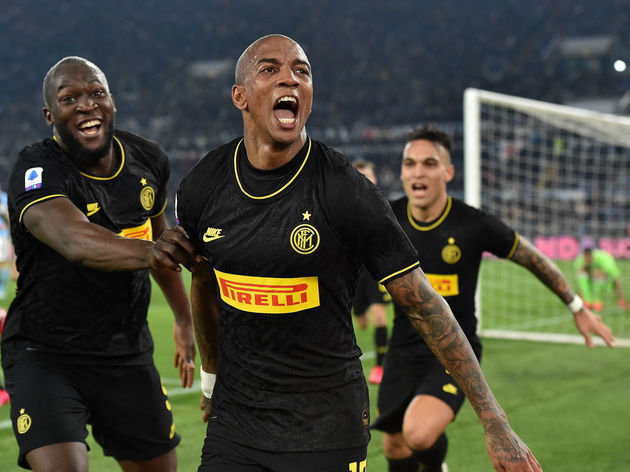 This guy continues to surprise everyone. Firstly, he goes from a left-wing to a defender that can play as either a left or a right-back. Then, he becomes captain of Manchester United to only reject a contract new contract to move to Italy. Madness.

Z is for Javier Zanetti

Like a fine wine, this man just got better with age. The Argentine featured over 700 times for Inter and could play in midfield or defence. He even somehow managed to play 137 consecutive Serie A matches – wow, just wow.