The Socceroos defender has earned a dream move to one of Europe’s grand old clubs but can he make an impact?

Inter fans are likely to wake up on Wednesday with one question on their mind after the Serie A club’s shock deadline day move.

Who exactly is Trent Sainsbury?

It wouldn’t be a huge surprise either if Sainsbury is equally bemused at having joined one of Europe’s grand old clubs.

The Socceroos defender has moved to Inter on loan from Chinese Super League (CSL) club Jiangsu Suning for the rest of the season after the Serie A outfit lent Andrea Ranocchia to Hull City on Tuesday.

Such is the global nature of football’s new world order, however, that this move owes just as much to Jiangsu’s needs in the CSL as it does to a gap in Stefano Pioli’s Inter squad.

But although there may be some critics questioning Sainsbury’s ability to make an impact in Serie A, the 25-year-old has the opportunity to turn this deal into a win for all interested parties.

Born in Perth, Sainsbury’s professional football career began on the other side of Australia in the small coastal town of Gosford.

The highly-rated central defender joined Central Coast Mariners in 2010 as an 18-year-old and after two seasons as a fringe player he was central to the club’s maiden A-League championship of 2012-13.

Sainsbury started all but two of the Mariners’ 29 matches, including Central Coast’s 2-0 grand final triumph over Western Sydney Wanderers to claim the title.

The lanky defender departed Australia midway through the next season after 69 appearances in all competitions for the Mariners, joining PEC Zwolle in the Netherlands.

Sainsbury’s Dutch sojourn started in dreadful fashion as he fractured his kneecap on a submerged sprinkler during his Eredivisie debut.

The injury kept Sainsbury sidelined for the rest of the 2013-14 campaign but the next season he began to show some promise, playing 23 matches in all competitions. 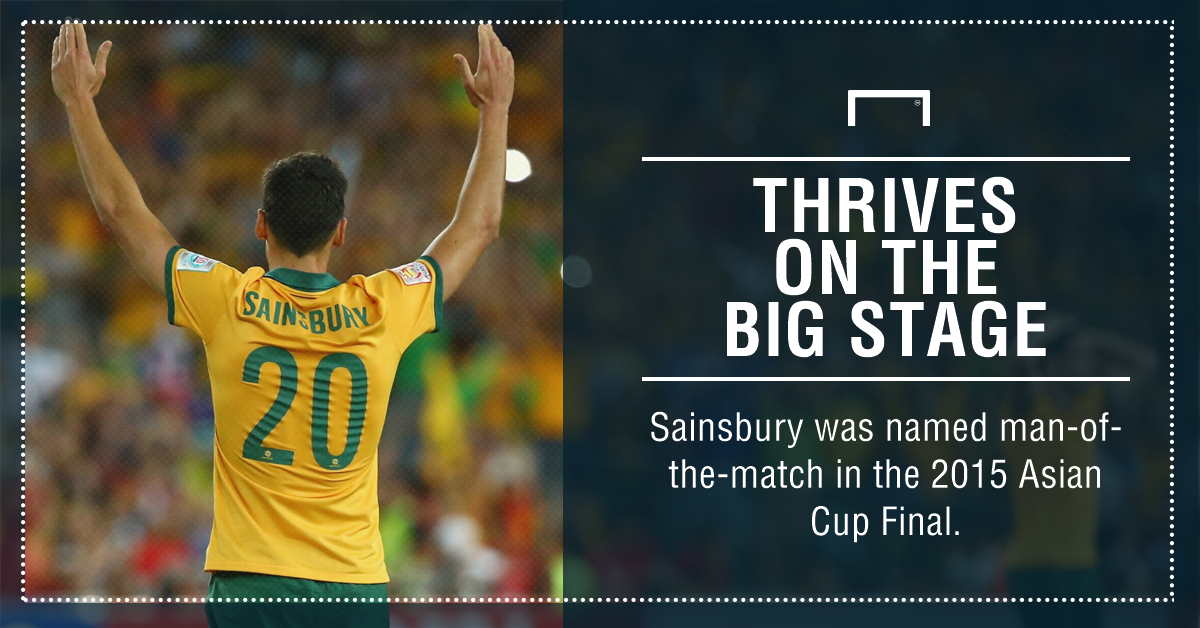 After playing an integral role in Australia’s maiden Asian Cup triumph in early 2015, Sainsbury appeared ready to take the next step in Europe only to leave for China within a year.

His decision to join Jiangsu received a mixed reception in Australia but Sainsbury had a strong debut CSL season, playing 29 matches as his club finished second behind Guangzhou Evergrande in the league and the Chinese FA Cup.

Sainsbury to CSL – ‘Who can blame him?’ says Australian defender

Having moved to Inter, Sainsbury is at the highest profile club of all current Australia internationals.

The loan deal may have a ‘right place, right time’ feel to it, but the Australian wouldn’t be the first player in football history to capitalise on a slice of luck.

The simple reason why Sainsbury has been chosen as defensive cover at Inter is that the Milan-based club and Jiangsu Suning have the same Chinese owners.

This was a deal that could be organised quickly once Ranocchia departed for the Premier League. 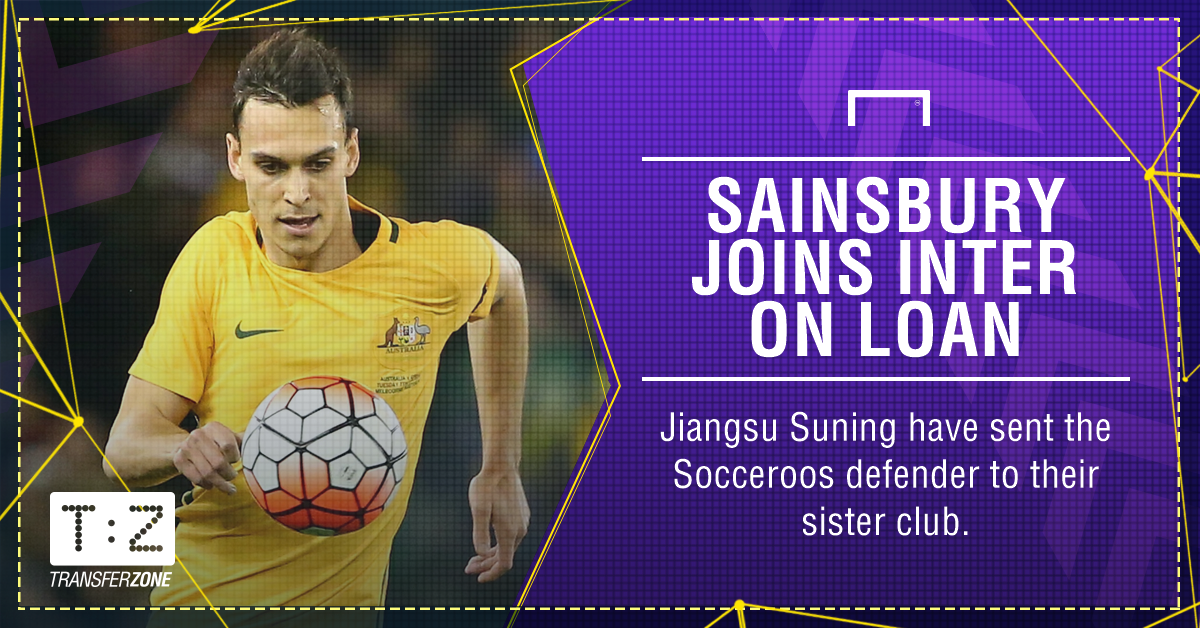 Recent changes to the CSL’s foreign player rules also meant Jiangsu were keen to offload Sainsbury as they have an overabundance of imports heading into the 2017 campaign.

CSL clubs will only be able to field three imports at any one time this season, while there is no longer any benefit of having a player from another Asian Football Confederation (AFC) nation.

Previously, the CSL allowed four foreign players on the pitch with one of those spots reserved for AFC players.

CSL gold rush could be over for Aussies

That quartet will be able to play together when Jiangsu compete in the AFC Champions League (ACL) this year, as the continental competition operates the so-called 3+1 import quota.

While Sainsbury was a regular at the back for Jiangsu last year, new coach Choi Yong-soo may have preferred compatriot Hong to the Socceroos defender in 2017.

“We greatly appreciate the contributions made by Sainsbury last season and thanks for all the joy and pride he brought to our fans,” read a statement from Jiangsu.

“We wish him luck and all the best in his new challenge.”

Inter fans shouldn’t believe, however, that they have replaced an Italy international with a CSL reject.

Over the past two years, Sainsbury has become one of the first players picked by Australia coach Ange Postecoglou as the Socceroos have been crowned Asian champions and put themselves in a good position to reach the 2018 World Cup.

Sainsbury’s height and pace means that he is a physical match for most strikers, while he is used to starting attacks from the back due to Postecoglou’s penchant for possession-based football.

As a foreign defender in China, Sainsbury was expected to mark the best opposition striker every week.

In 2016, the top five goal-scorers in the CSL collectively scored just two goals against Jiangsu when Sainsbury played.

In reality though, just as Ranocchia wasn’t a favourite of Pioli, neither does Inter’s coach have to rely on Sainsbury.

But with Miranda having received a red card in Inter’s Coppa Italia loss to Lazio, there could be an opportunity for Sainsbury to make an early impact if he’s given a dream debut in the Derby d’Italia on Sunday against Juventus.

Chile international Gary Medel, who made his return from a knee injury last week, is the favourite to cover Miranda.

Signing Sainsbury on loan is a shrewd move by Inter as they can simply send him back to Jiangsu at the end of the season if he can’t perform at the level required.

But with Pioli’s other central defensive options – Marco Andreolli and Yao – having played just one league match between them this term, there is room for Sainsbury to impress Inter’s boss.

It is the chance of a lifetime for the Socceroos centre-back.