Roberto Mancini’s Scudetto-chasing charges conceded three goals from set-pieces as the hosts, who recorded a first win of the season last time out, missed out on a famous victory

Mauro Icardi and Ivan Perisic completed a rousing Inter comeback to earn a point in a thrilling 3-3 draw at rock-bottom Verona on Sunday.

Verona’s last victory against Inter came back in 1992 and that run looked set to be extended when Jeison Murillo headed the visitors into an early lead at Stadio Marc’Antonio Bentegodi.

But the hosts, who earned a first win of a miserable Serie A season against Atalanta in midweek, quickly turned the match on its head with Filip Helander and Eros Pisano heading home Luca Marrone set-pieces.

And it got better for Verona after the break when more Inter woe at set-pieces saw Artur Ionita convert another Marrone corner.

However, Perisic – on as a half-time substitute – then set up Icardi’s for his 10th league goal of the campaign and provider turned goalscorer when the winger swept home the equaliser in the 78th minute.

Despite their rousing comeback Roberto Mancini has now seen Inter win just once in six league matches as they missed the chance to replace Fiorentina in the top three, while Verona sit nine points adrift of safety. 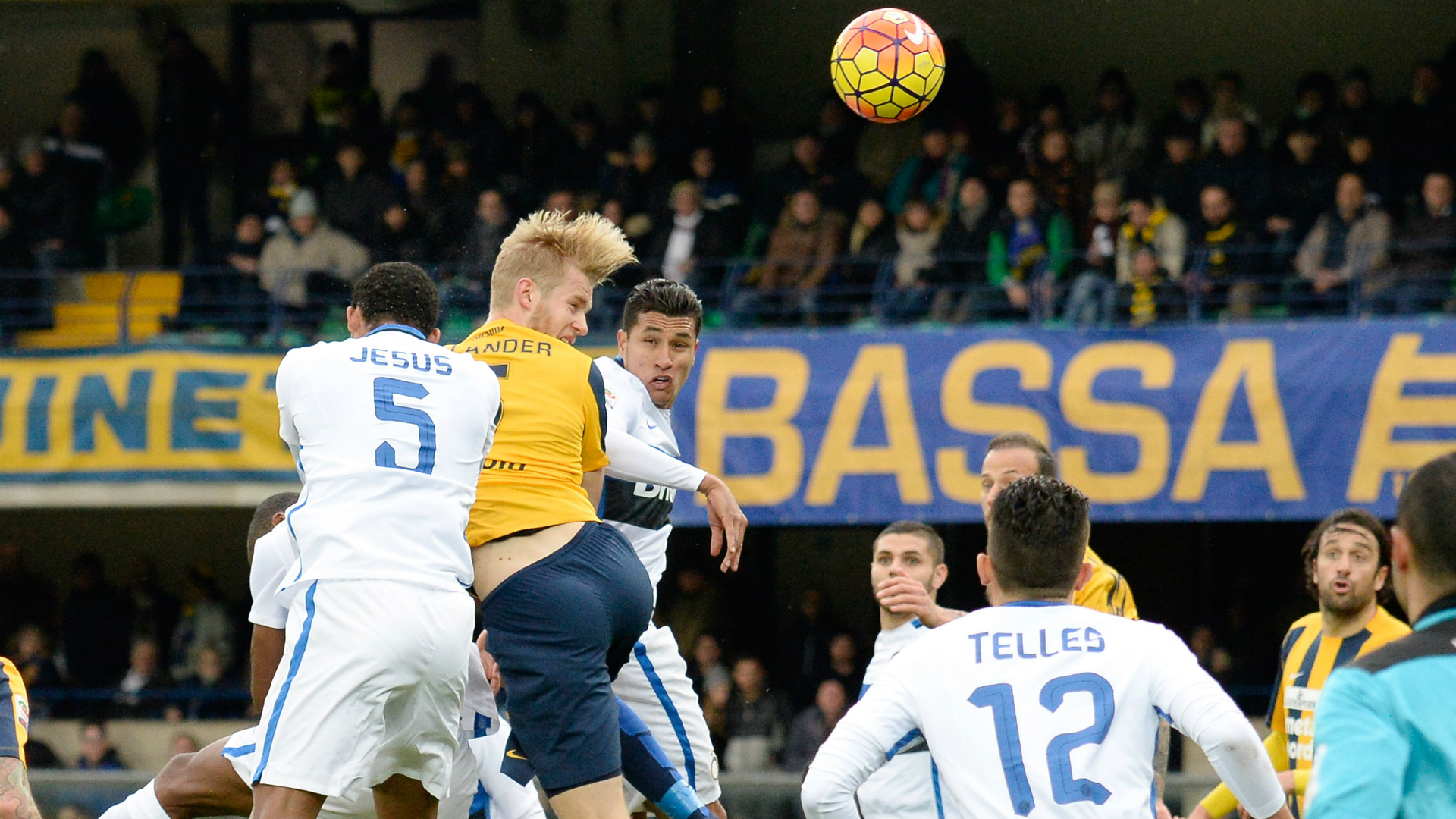 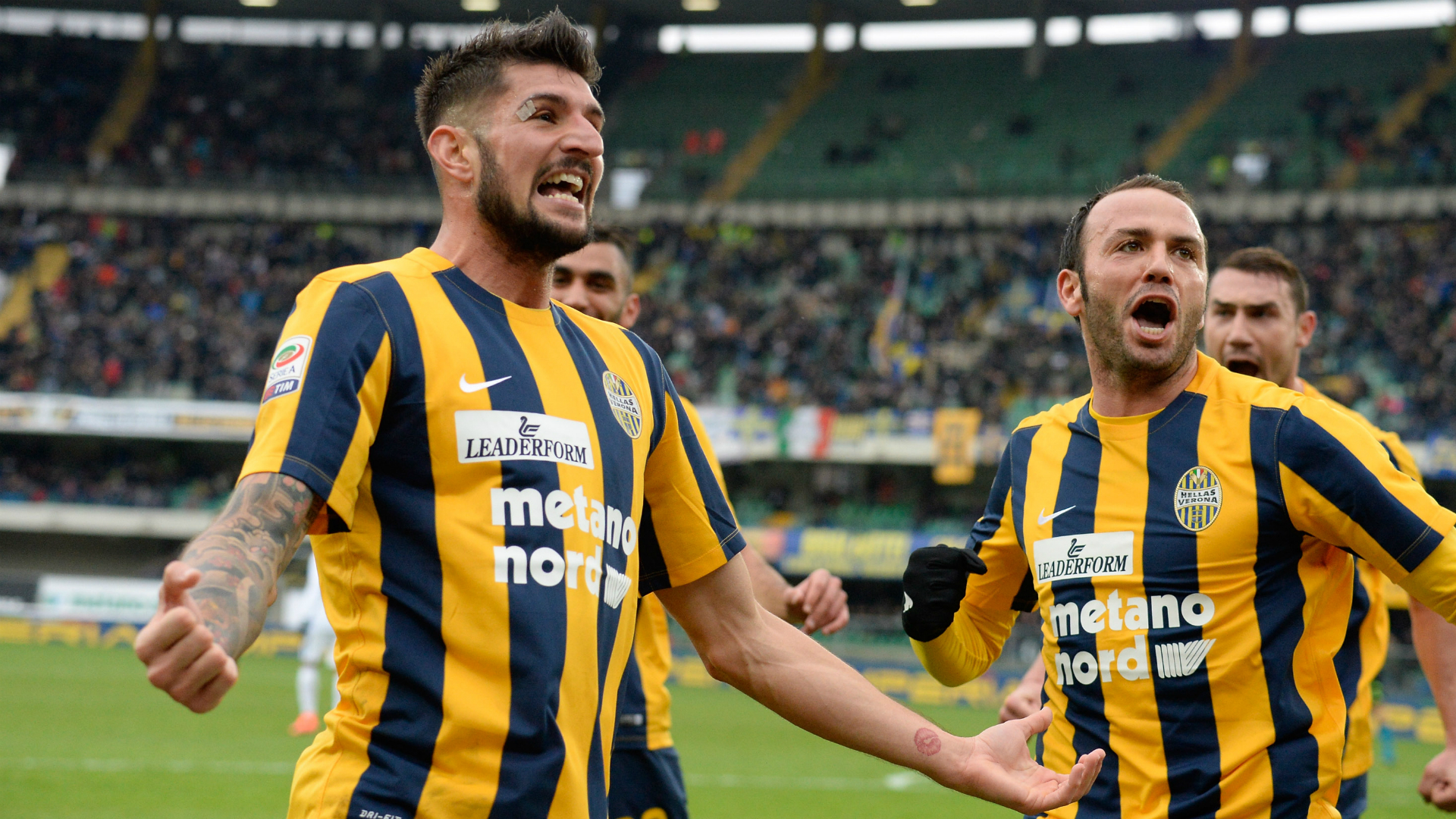 Inter – who had Mancini back on the sidelines following a one-match ban – controlled the opening exchanges with Rodrigo Palacio and Marcelo Brozovic both going close.

The visitors were in front by the ninth minute, though, as Murillo leapt highest to head Brozovic’s corner into the bottom right-hand corner.

But Inter were stunned by two Verona goals in the space of four minutes soon after their opener.

First Helander levelled with a powerful header from Marrone’s corner over a helpless Samir Handanovic and Inter were caught out by another set-piece when Marrone’s free-kick from the right was planted into the bottom corner by the unmarked Pisano.

Brozovic went close to an equaliser with a spectacular acrobatic volley from the edge of the box that sliced wide of the post, while Icardi failed to control Palacio’s cross when wide open in the area.

Inter were wasteful with their final delivery at the start of the second half and they were made to pay as Marrone claimed a third assist of the afternoon when Ionita timed his run brilliantly to head into the left-hand corner.

It was game on by the hour, though, as half-time substitute Perisic’s excellent low ball from the left was clipped home by Icardi.

Palacio was again denied by Gollini, but Verona’s resistance was broken with 12 minutes remaining as Eder’s excellent low delivery from the right was tapped in by Perisic at the back post.

In a frantic ending Gilberto Junior hit the outside of the post for Verona and Juan Gomez saw an audacious long-range chip go just wide, while at the other end an unmarked Icardi wastefully headed wide from eight yards as the sides were forced to settle for a point  apiece.