Francesco Guidolin’s men have struggled in front of their own fans, and Al Hain-Cole expects the Nerazzurri to come out on top for the second time this season at the Stadio Friuli

Udinese will be hoping to avenge November’s 3-0 home defeat when they welcome Inter to the Stadio Friuli for Thursday’s Coppa Italia clash.

Francesco Guidolin has come under fire after seeing his side win just five and lose nine of their last 15 games and he is available at 8/5 (2.60) with Betway to ease the pressure by coming out on top in this one. 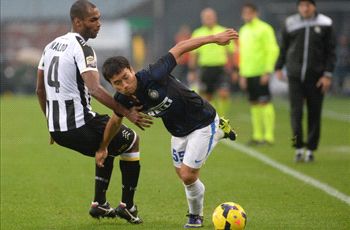 Having slipped eight points off the Champions League places following Monday’s 1-0 defeat against Lazio, the Nerazzurri are slender 6/4 (2.50) favourites to keep their hopes of silverware alive with victory this evening.

There hasn’t been a draw in any of the last 11 meetings between the sides, but you can get odds of 23/10 (3.30) on them cancelling each other out here.

Having finished in the top five for each of the last three Serie A seasons, the Zebrette are struggling in mid-table this campaign, just six points above the relegation zone.

This downturn in fortunes is primarily down to a collapse in their traditionally strong home record, having fallen to four defeats in their last five games in front of their own fans. 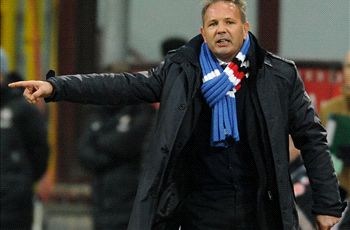 The most recent of these came against a Verona side that had lost six and won just one of their previous nine away fixtures, suggesting the Stadio Friuli is far from the fortress it once was.

With this in mind, those 6/4 (2.50) odds seem extremely inviting on Walter Mazzarri’s men coming out on top for the second time this season at this ground, and for the third time in four visits.

However, with Mazzarri’s men having kept just one clean sheet in their last seven away fixtures, goals at both ends seem likely, and odds of 4/1 (5.00) are not to be missed on Inter emerging victorious and both teams finding the net.

Sign up with Betway and get a free £50 bet