The captain of the side returned to the XI and netted a brace, while Stevan Jovetic and Marcelo Brozovic were also on the scoresheet in a comfortable victory for the visitors

Mauro Icardi scored twice on his return to the Inter team as Roberto Mancini’s side thrashed Udinese 4-0 to cement top spot in Serie A.

Inter captain Icardi was left out of last weekend’s 1-0 victory against Genoa but was recalled by Mancini at the Friuli and repaid that faith by firing in from 10 yards midway through the first half after Bruno Fernandes gave away possession in a dangerous area.

Having conceded only two goals in their last eight games, Inter were never likely to let their lead slip although Antonio Di Natale, on a rare start for Udinese, tested Samir Handanovic regularly.

Udinese have now only beaten Inter twice in their last 13 attempts at home after Icardi added a third with a powerful finish and Marcelo Brozovic bent in a superb strike late on.

Inter’s nearest challengers at the top of Serie A are all in action on Sunday, with Napoli hosting Roma and Fiorentina travelling to Juventus. 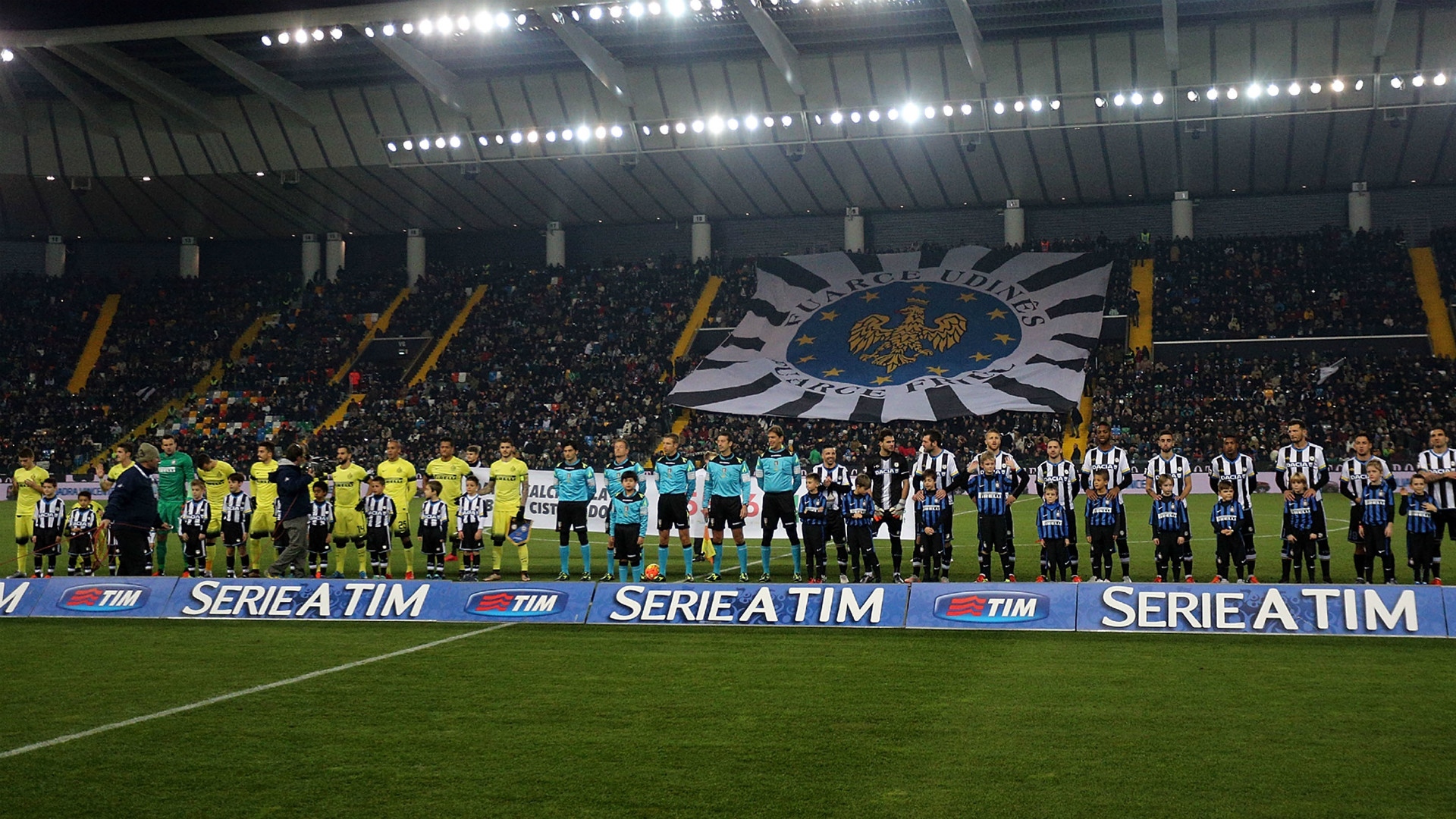 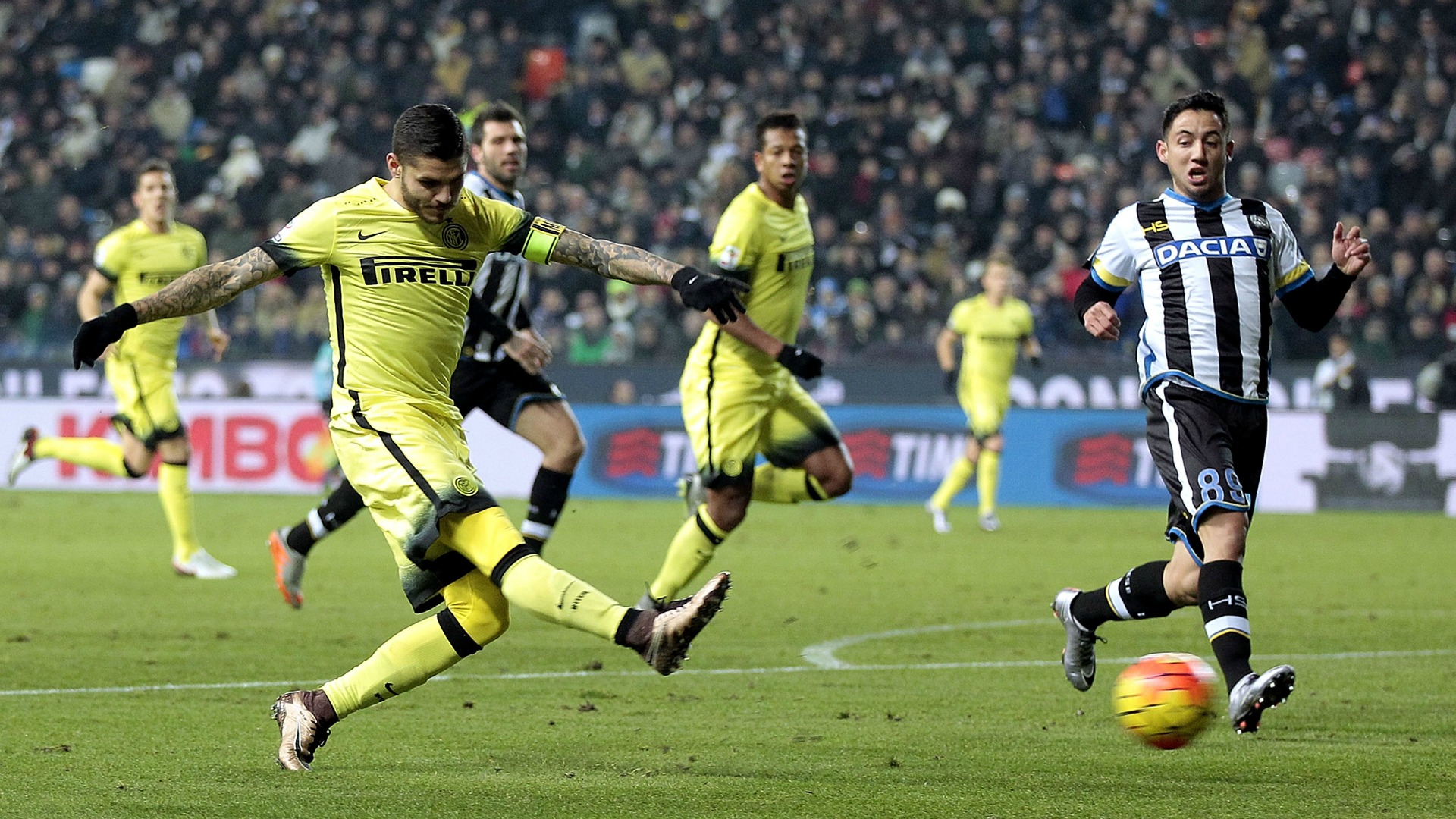 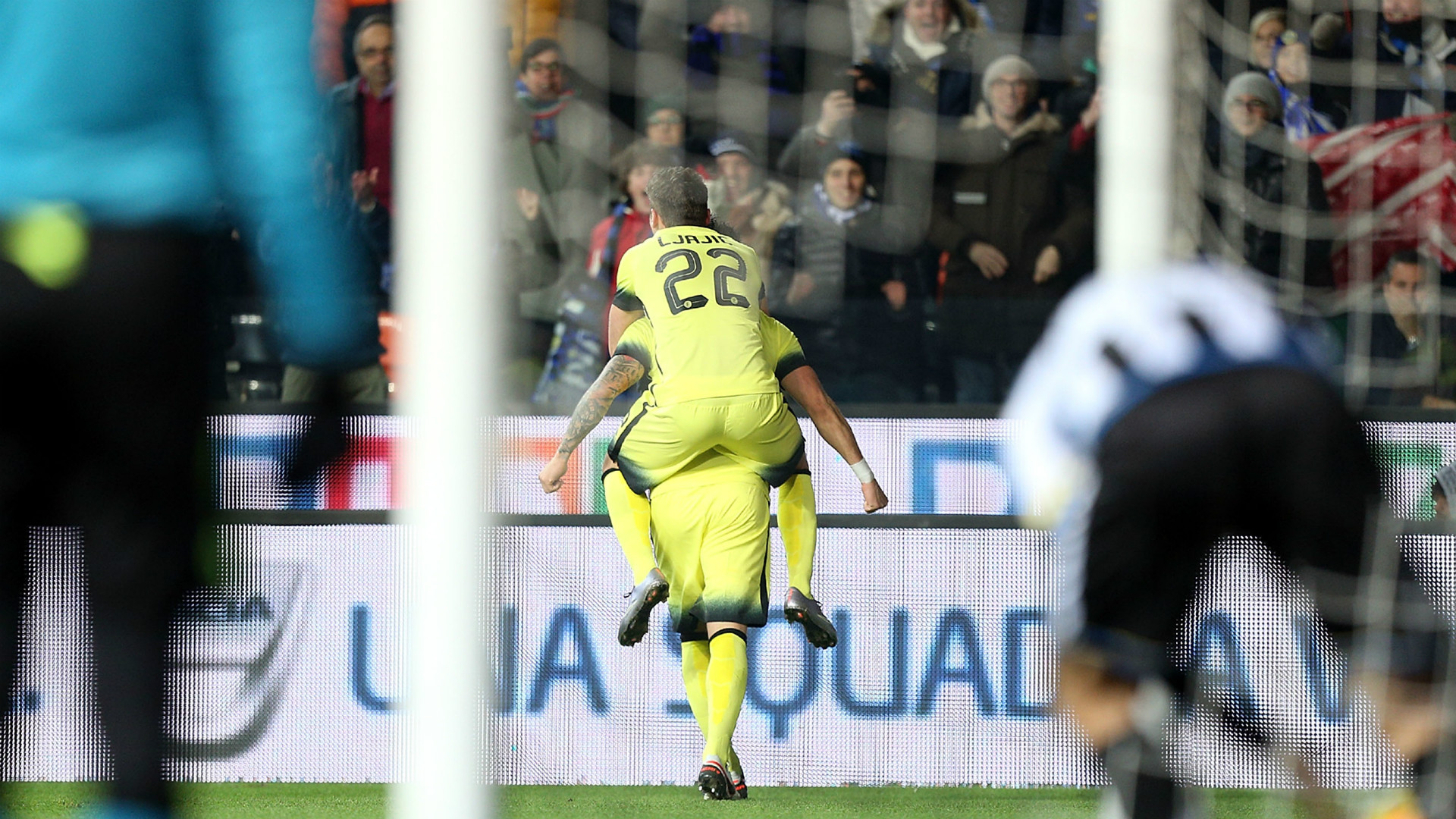 Defensive solidity rather than prolific attacking has guided Inter to the top of Serie A but they looked at it from the off, and Jovetic threatened in the opening stages, but his low shot was straight at Karnezis, who saved with his legs.

But the Serie A leaders took the lead against the run of play on 22 minutes. Icardi skipped away after a loose pass from Fernandes and the skipper shot across Karnezis into the bottom corner for his fifth goal of the season.

Veteran Di Natale was at the heart of his team’s best play and he forced another good save from Handanovic as Udinese responded well to falling behind, but lax play was to cost them again on the half-hour.

Domizzi dallied on the ball and Jovetic picked the defender’s pocket, before racing clear and lifting a delightful chip over the onrushing Karnezis.

Handanovic was beaten four minutes after the break when Francesco Lodi’s 25-yard shot deflected in off Thereau, but the striker was offside.

Domizzi was having a nightmare and he nearly scored an own goal after Icardi caused havoc in the box, the defender’s needless intervention sending the ball dribbling just wide before Adem Ljajic prodded wide.

Icardi was on target again with just seven minutes to go, beating Karnezis with a smashing finish to seal a triumphant return to the Inter team.

And Brozovic added gloss to the scoreline with a brilliant curling strike from 20 yards late on to wrap up a complete performance for Mancini’s side.