The Saints fell behind to a Mauro Icardi strike but hit back through Virgil van Dijk, before the Nerazzurri full-back diverted the ball into his own net in the Europa League

Southampton edged a step closer to reaching the Europa League knockout stages with a landmark 2-1 win over Inter, who were playing their first match since Frank de Boer’s sacking on Thursday.

The visitors went to St Mary’s two days after the dismissal of De Boer, who lasted just 85 days at the helm, and their mood did not improve with a third defeat from four Group K matches.

Caretaker boss Stefano Vecchi made six changes and captain Mauro Icardi put Inter in front with his ninth goal of the season.

The visitors were also boosted when Samir Handanovic saved a controversial penalty from Dusan Tadic on the stroke of half-time.

But Virgil van Dijk found an equaliser on 64 minutes which was soon followed by a Yuto Nagatomo own goal, as Claude Puel wildly celebrated a landmark victory after Inter had won the reverse fixture at San Siro last month.

Saints are now closing in on qualification as they sit second in the group on seven points, four clear of Inter, who sit bottom of the standings and now face a massive task to progress.

Jay Rodriguez came into Southampton’s team as part of five changes and he was involved in the early action, heading Tadic’s cross just wide, narrowly missing the target with a curling strike and then shooting straight at Handanovic. 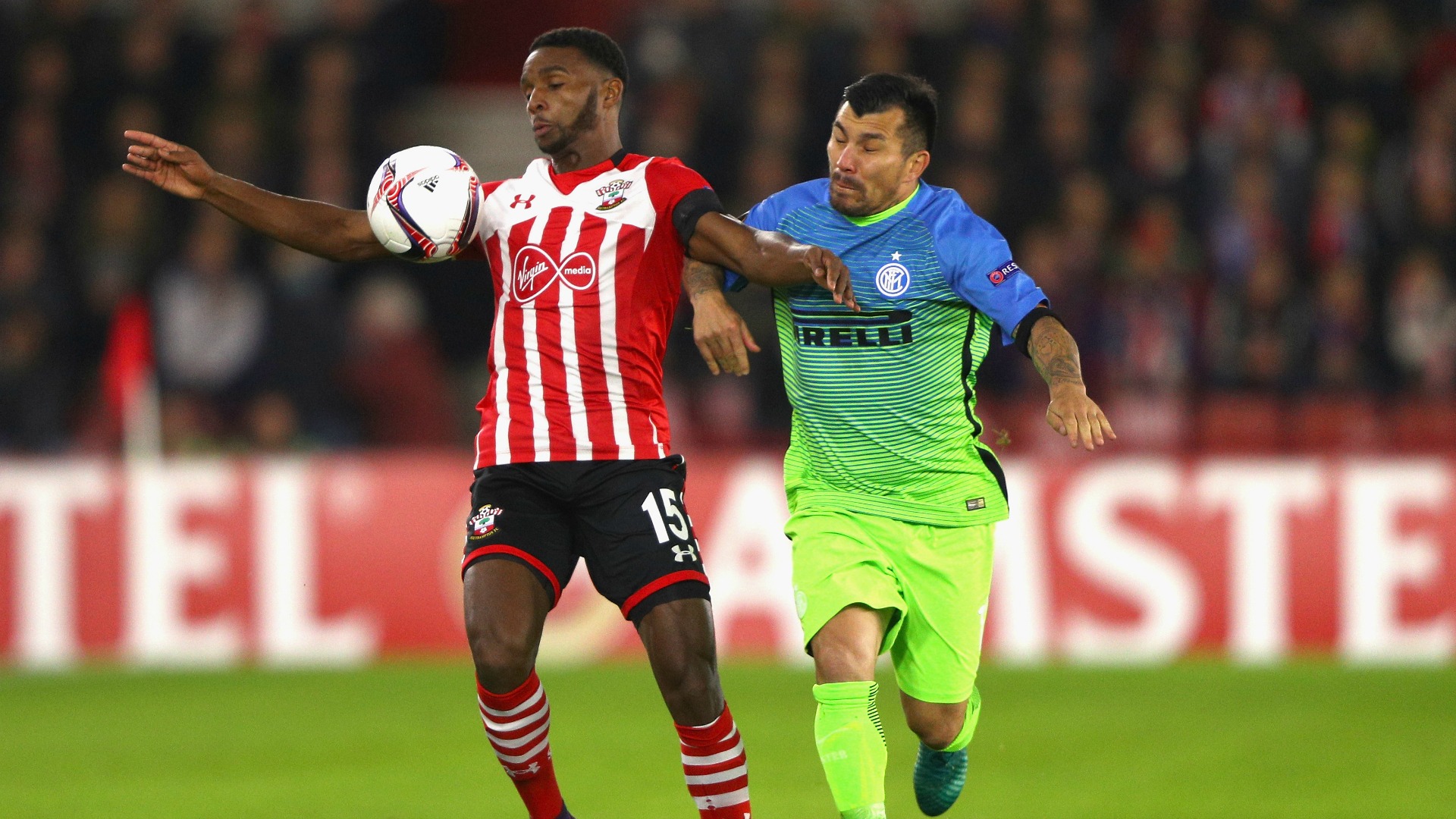 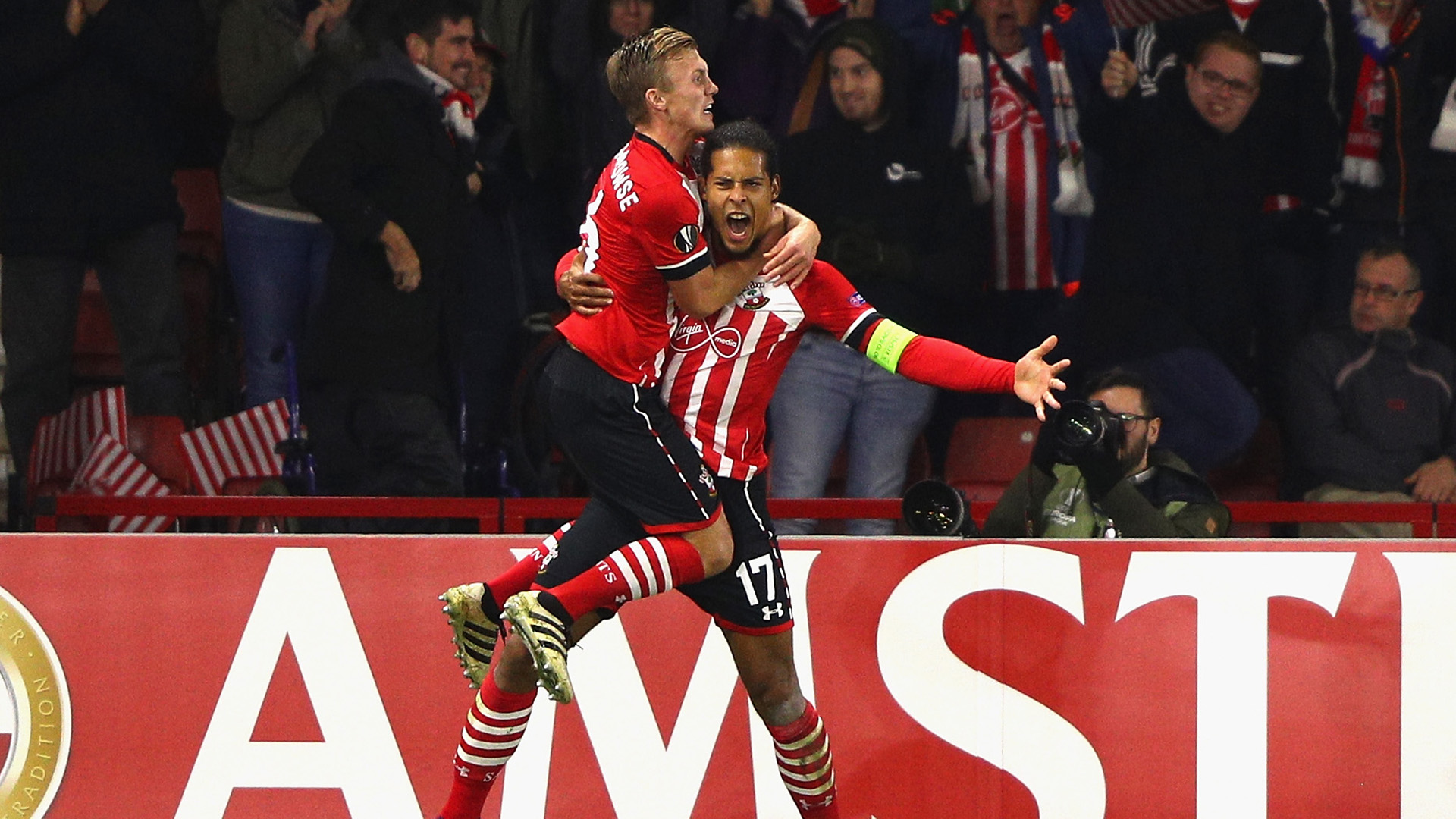 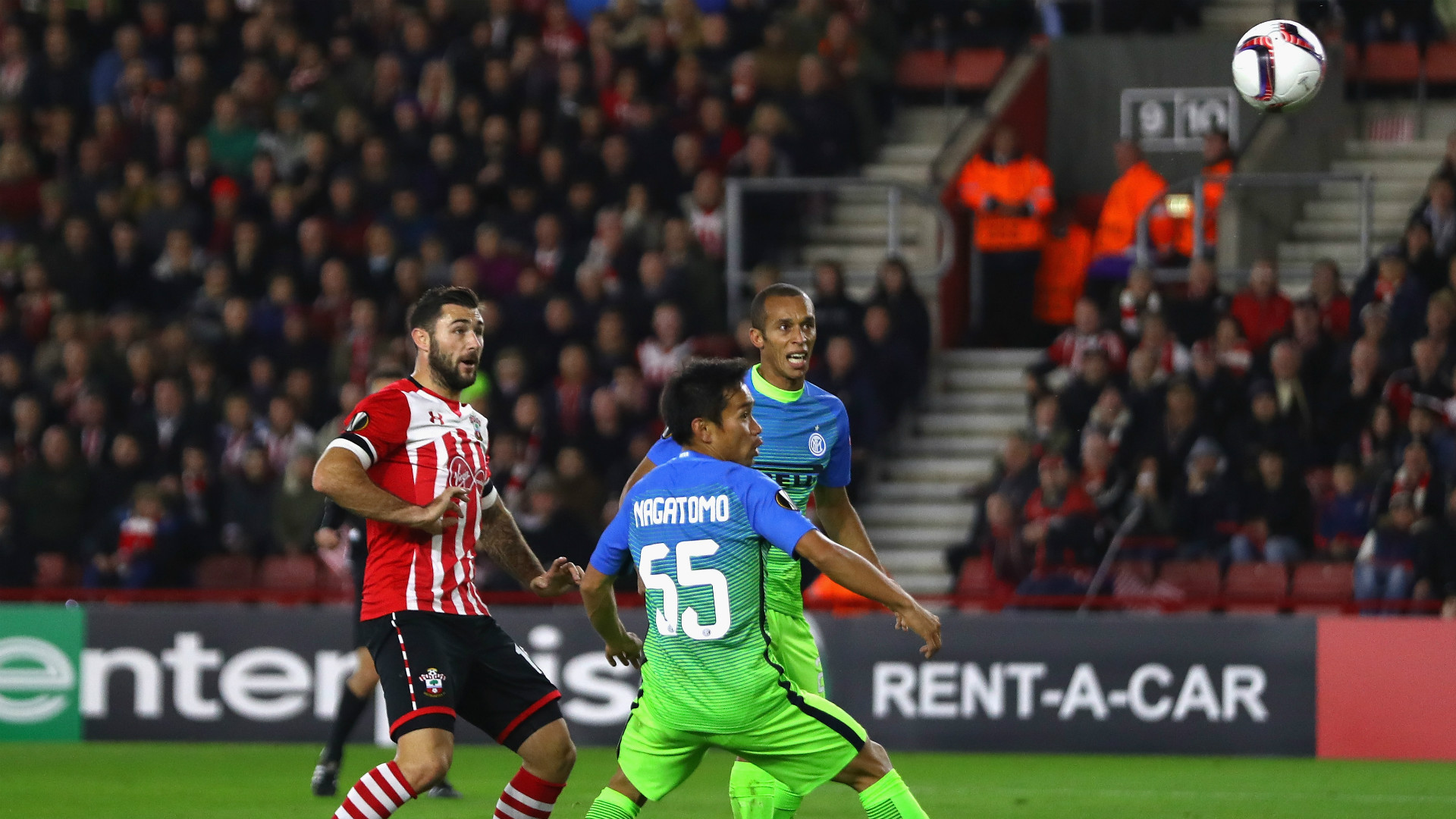 Inter were largely content to allow the hosts to control possession prior to their 33rd-minute opener.

Antonio Candreva – scorer of the winner in the previous meeting at San Siro – burst down the right, finding Ivan Perisic at the back post. The Croatia international had one effort blocked by Cuco Martina before teeing up Icardi to lash in a left-footed finish.

There was huge drama in first-half stoppage time as Saints were handed a golden chance to equalise from the penalty spot.

The decision, after Pierre-Emile Hojbjerg had played the ball against Perisic’s arm, looked harsh, but Inter were fortunate to see Candreva only booked for raising an arm to the face of Sam McQueen amid their furious protests against referee Pawel Gil.

After the fracas had come to an end, Handanovic dived to his left and kept out Tadic’s spot-kick with his legs.

James Ward-Prowse forced an impressive one-handed stop from Samir Handanovic early in the second half.

Saints sent on Charlie Austin in a bid to change their fortunes, but it was defender Van Dijk who restored parity.

After Inter had failed to deal with a Saints corner, Nathan Redmond fed Oriol Romeu, whose clever lofted effort rebounded off the crossbar and Van Dijk fired home.

The second goal came on 69 minutes when Tadic’s cross from the left deflected into the path of Nagatomo, with the full-back unable to prevent the ball bouncing off his thigh and high past Handanovic.

Fraser Forster had a quiet night in the Saints goal but he was forced to react quickly to save a powerful Icardi effort and preserve the victory, while Redmond almost snatched a late third at the other end in a memorable match for Puel’s men, who had 23 shots compared to the visitors’ five.