Antonio Conte’s side got the ball rolling after just 67 seconds, as Lautaro Martinez was fed on the edge of the box before cutting inside and bending a fine effort into the far bottom corner.

The hosts hit back in fine style, however, as 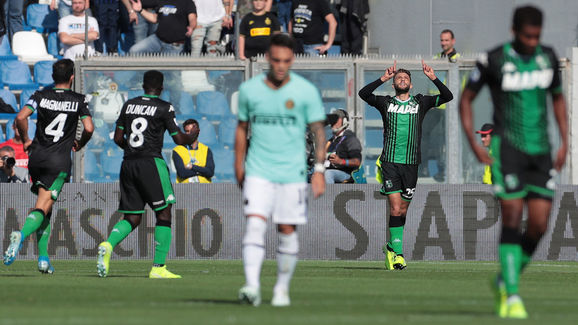 There were disallowed strikes for both sides after that, before the visitors seized control before half-time thanks to a brace from ?Romelu Lukaku, the second converted from the penalty spot.

Martinez made it four from a second penalty conceded by Sassuolo substitute First, Duricic made up for his error by stroking home from inside the penalty area, before Jeremie Boga’s weaving run culminated in a superb low finish.

The visitors held on, though, to close the gap to Maurizio Sarri’s Juventus at the top of Serie A to just one point. Here’s 90min’s review of the game.

The visitors conceded plenty of opportunities to their struggling opponents, with the gaps between midfield and defence being exploited on a number of occasions throughout the afternoon.

Granted, they showed a clinical edge in front of goal, but the miscommunication in the centre of the park will have worried Conte as his side surrendered possession in midfield far too frequently. 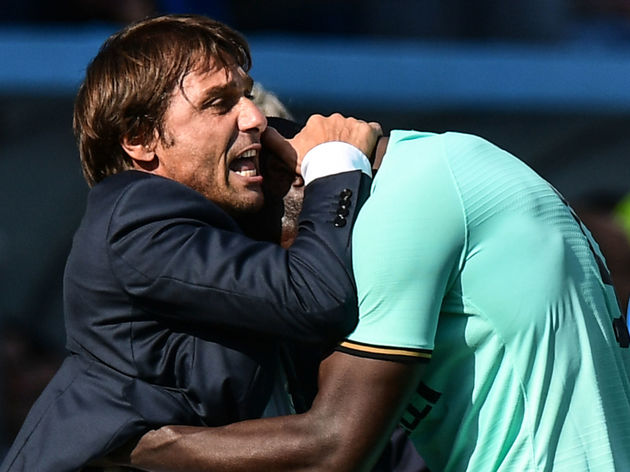 Seemingly heading for a comfortable victory with the score at 4-1, the lapses in concentration that followed were inexcusable. With victory all-but assured, the collapse from there was inexplicable and it was backs against the wall stuff for the remaining ten minutes.

There are a number of areas of concern for the former Chelsea boss, who knows more defending like he saw on Sunday will have them fighting for a European place, rather than challenging for the league title.

While such deficiencies will be ironed out over the course of the season, up front there will be no extra coaching sessions needed. Martinez and Lukaku seem a force to be reckoned with in ?Serie A this season, with the pair netting a brace apiece on a solid display for the Nerazzurri’s forward line.

His first touch still needs work, but at least his second and third touches tend to do the business. A fit and firing Romelu Lukaku will be crucial to Conte if he intends of giving Juventus a run for their money this season in Serie A.

He answered his manager’s call once again with two goals against Sassuolo, as the Belgian quickly becomes of the most, if not the, most important member of this Nerazzurri squad.

The first Inter player to score 4+ goals, in his first four away Serie A games for Inter, since Diego Milito in November 2009. [@OptaPaolo] pic.twitter.com/mef960a09X

Big fan of Romelu Lukaku having more goals (5) for Inter than any United player since April (McTominay, 3)

Especially considering how much they laugh at him! https://t.co/hXIDhENOVV

Proper, old fashioned, bulldozing, classy CF goal from Romelu Lukaku. World class goalscorer. To think there are still grown men justifying the sale of this gun man ?????, unbelievable! Until we get a clinical goalscorer, it’s a decision that will continue to cost us #SassuoloInter

Romelu Lukaku on his peak mode man???Man U played themselves there

Romelu Lukaku with a brace for Inter Milan, keep worrying about a first touch and a non-existent DNA ???

Next Friday sees Sassuolo take on Verona for a late kick-off in Serie A, while Inter will turn their attentions towards their next ?Champions League match, as they play host to Borussia Dortmund in the group stages on Wednesday evening.