The Australian defender has backed the Serie A side to return to the top three, and get back to Europe’s biggest competition

It has been a whirlwind fortnight for Sainsbury and the Australia international defender has arrived in Milan with Inter vying for a spot in the Champions League, having not featured in the competition since 2012.

Inter’s struggles were evident under former boss Frank de Boer, but with Stefano Pioli at the helm, the 18-time Italian champions find themselves fifth in Serie A, eight points adrift of third-placed Roma, who occupy the Champions League play-off berth.

Speaking exclusively to Omnisport, Sainsbury said: “A massive club like Inter are always looking for silverware and Champions League spots.

“It’s always on the agenda. You can see that with the way the team trains and the staff prepares every session.

“Everything has to be done with perfection here and that’s no different with the staff behind the club.

“Everyone wants to achieve greatness.”

Sainsbury switched to Inter from Chinese Super League outfit Jiangsu Suning on loan until the end of the season following a deadline-day move.

The former PEC Zwolle centre-back was brought to the club – who share the same owners as Jiangsu – as a replacement for Andrea Ranocchia, who joined Hull City on loan.

Having starred alongside Ramires and Alex Teixeira in China, Sainsbury was deemed surplus to requirements by Jiangsu after new foreign rules were introduced in the CSL, which only allows three imports to be named in starting XIs. 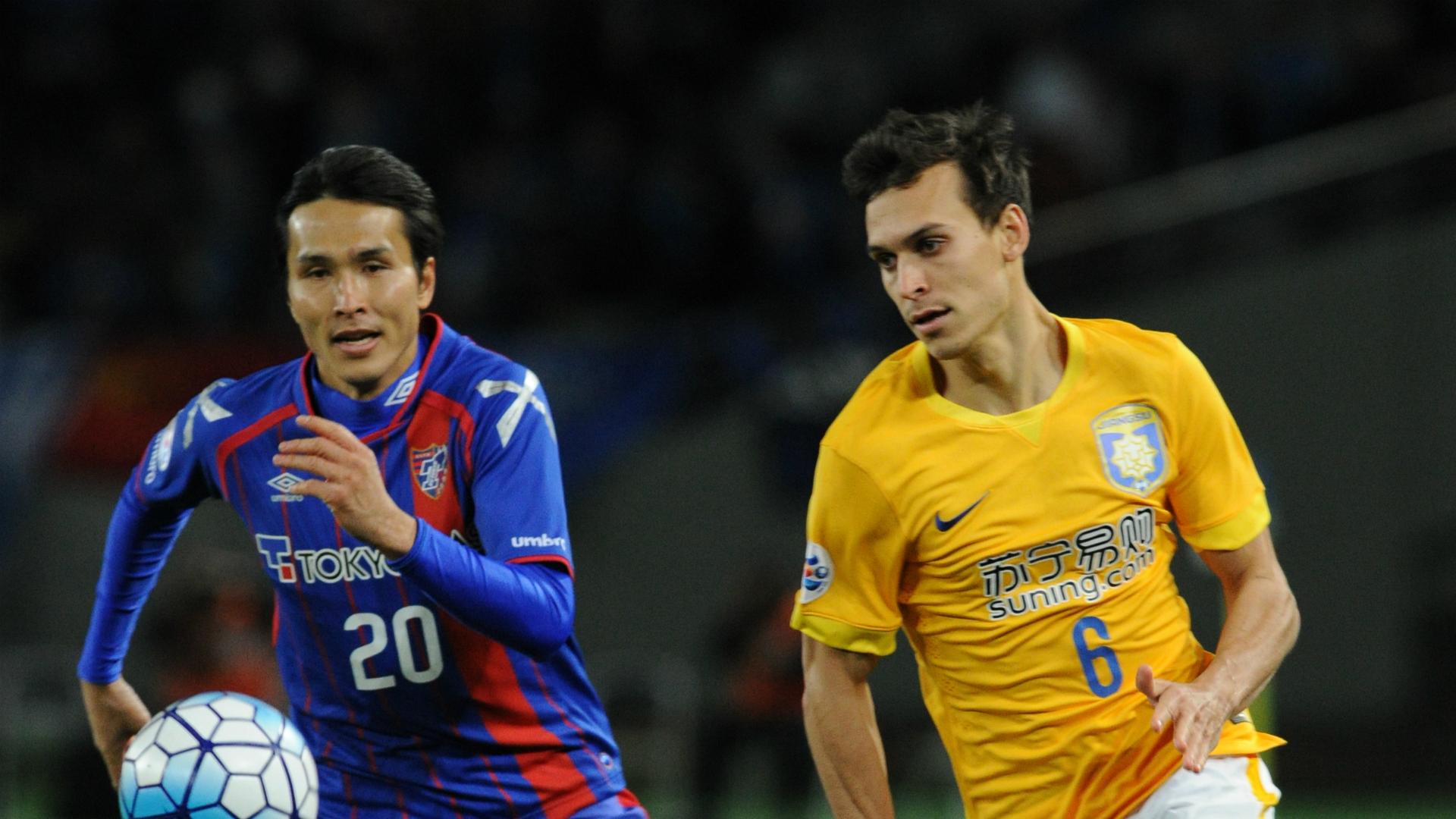 It was a difficult situation for Sainsbury, but he is determined to make the most of his opportunity as he fights to turn his stay into a permanent one at San Siro.

“Coming off the back of a really good season, playing the most games in one season I have in my career, then being pushed aside,” Sainsbury said. “It wasn’t easy but at the same time when one door closes, another opens.

“[The move came a] bit out of the blue. Didn’t really have it on the cards and then the club was talking about options for next year. This sort of came up and I jumped at the chance.

“I have always dreamt of playing for a club with a particular set of passionate fans.

“That was the ultimate dream, to play in front of fans who truly love the club. If I can achieved that here and stay for the long haul that would be the dream.”

My wife not happy with Juve trip, admits Conte

Competition is fierce within the Inter squad, with Sainsbury vying with Miranda, Jeison Murillo, Gary Medel and Marco Andreolli for a spot in Pioli’s defence.

However, Sainsbury is aware of what has to be done following discussions with Pioli as the Asian Cup winner works his way to full fitness.

“Obviously the language barrier is a little bit difficult. But he’s reassuring me and telling me to get myself settled in. First few weeks might be a bit difficult,” Sainsbury added. “He’s really understanding and helping me a lot.

“I’d like to try and see if I can push for a spot in the team. Even if I can get a spot on the bench to start off with, that would be a massive achievement.

“Coming off pre-season in China, I need to get my fitness up first and get used to the team, training and tactics. But one step at a time, I’m not going to rush myself.”