The 21-year-old has completed a €35 million move to the Santiago Bernabeu side, signing a six-year contract

Real Madrid have completed the signing of Mateo Kovacic from Inter.

The two sides reached an agreement for the 21-year-old Croatia international over the weekend, with Madrid coughing up €35 million to convince the Nerazzurri to sell him.

Inter boss Roberto Mancini already admitted on Sunday that the player was on his way to the Santiago Bernabeu, and the attacking midfielder was confirmed as the club’s new signing on Tuesday, penning a six-year deal with the Liga giants.

Kovacic will be unveiled as a Madrid player on Wednesday after undertaking a medical. 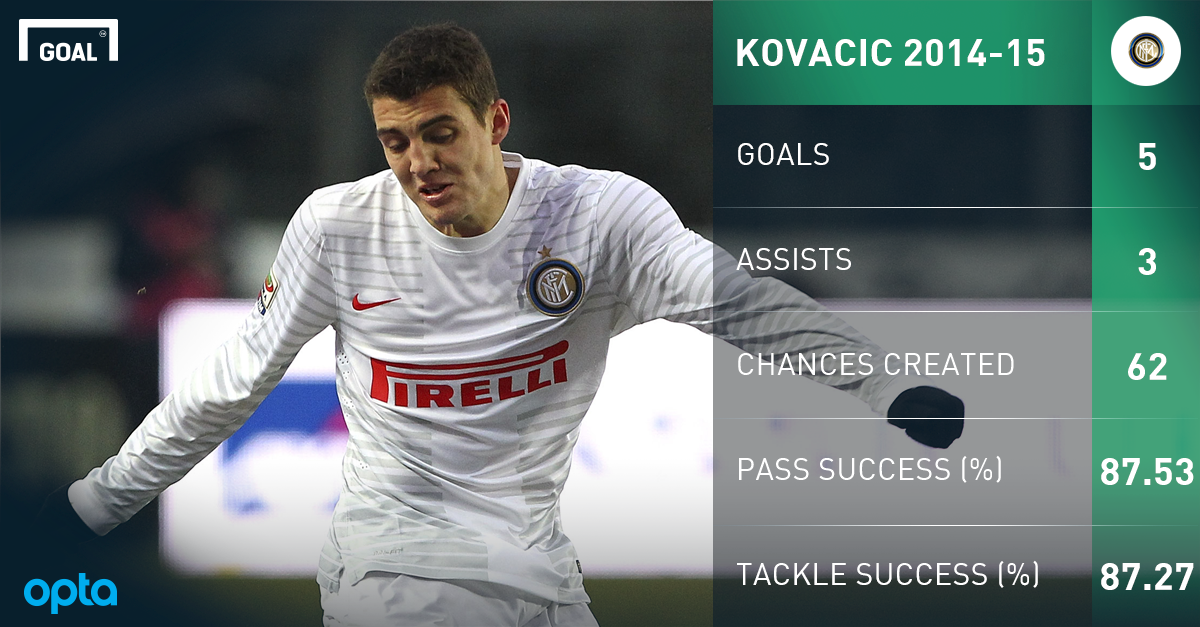 “Real Madrid and Inter have agreed to the transfer of Mateo Kovacic,” a statement on Madrid’s website read. “He will remain at the club for the next six seasons.”

Kovacic has been a pivotal player for the San Siro club over the last two years, scoring eight goals in 44 games in all competitions last season for Roberto Mancini’s men.