Gabriel Jesus will not leave Manchester City to join Inter in the near future, his agent has said.

The 19-year-old enjoyed a spectacular start to his career at the Etihad Stadium, registering three goals and two assists in his first five appearances, although a broken metatarsal looks set to keep him sidelined for most of the rest of the season.

Inter had been linked with Jesus before he opted to sign for City from Palmeiras and former club president Massimo Moratti has encouraged the Serie A side to pursue his signature again.

But the forward’s agent, Cristiano Simoes, has dismissed the notion of moving to San Siro so soon after the start of his Premier League career.

“Moratti is a very important personality and we are flattered by his words but there is no chance to see Gabriel Jesus joining Inter in the near future,” he told Calciomercato.com .

“He’s chosen Manchester City and he’s very happy there. We’re all delighted with his performances in England.

“Gabriel Jesus is only focused on Manchester City. He’s doing a great job with Guardiola and wants to return to action as soon as possible.” 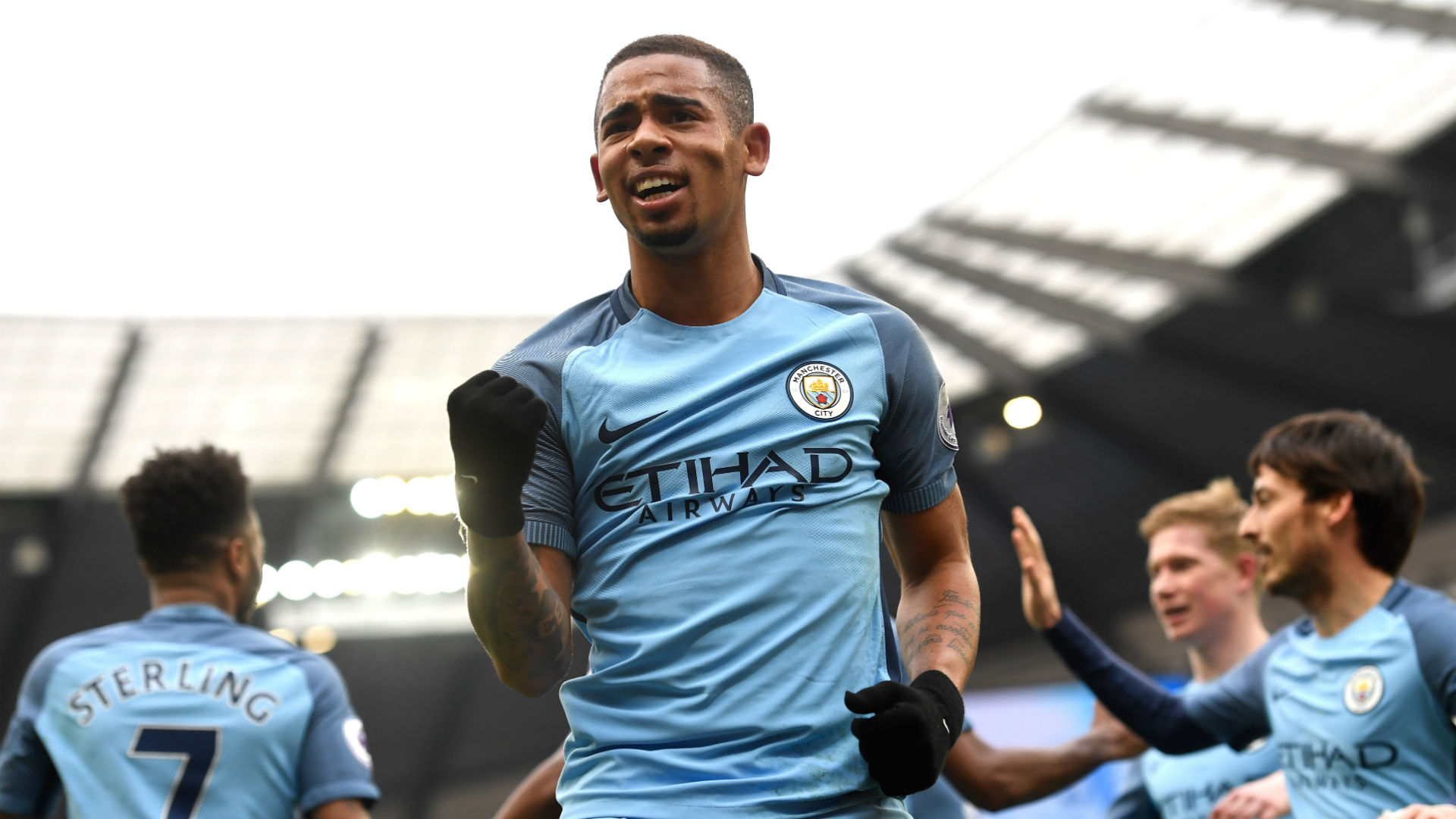 Inter, backed by majority shareholders Suning Holdings Group, are expected to invest heavily in the playing squad in the next transfer window in order to set up a challenge for the title and a return to the Champions League.

Speculation has persisted that they could launch a shock bid to sign Lionel Messi from Barcelona, but Moratti feels Jesus would be a more realistic target.

“He made me fall in love with football again,” he told Sky Sport Italia this week. “Every now and again you need this new kind of player to reignite your passion and Gabriel Jesus of Manchester City is, for me, a player you have got to pursue.

“Messi is outstanding, but it’s difficult to get him. But it’s beautiful when you see a player who you believe has potential by the bucket load – and who knows what great things he will do. For me, Jesus is one of these.

“Some of our hopes have been reignited because a lot of things are really happening again. Inter are making you want to go and watch them again, but in addition to this desire to see them, they are also giving the idea of a positive future.

“At the moment, the gap between the Nerazzurri and their rivals ahead of them is not as big as it was in years gone by. They just need a few minor adjustments here and there and they will already be on that level.”