Stefano Pioli suffered his first Serie A defeat as Inter coach as they were put to the sword in a 3-0 loss at Napoli on Friday.

Tasked with overseeing a recovery following the end of Frank de Boer’s brief and underwhelming stint at San Siro, former Lazio boss Pioli picked up his first victory in Inter’s 4-2 triumph over Fiorentina on Monday.

But he and Inter were emphatically brought back down to earth at the Stadio San Paolo, as two goals in the opening five minutes effectively put the game beyond their reach.

Piotr Zielinski opened the scoring inside two minutes and then set up Napoli captain Marek Hamsik to double the hosts’ advantage.

Napoli had been held to a 1-1 draw by Sassuolo last time out, but there was never any danger of an Inter comeback and Lorenzo Insigne’s 51st-minute volley made sure of the points. 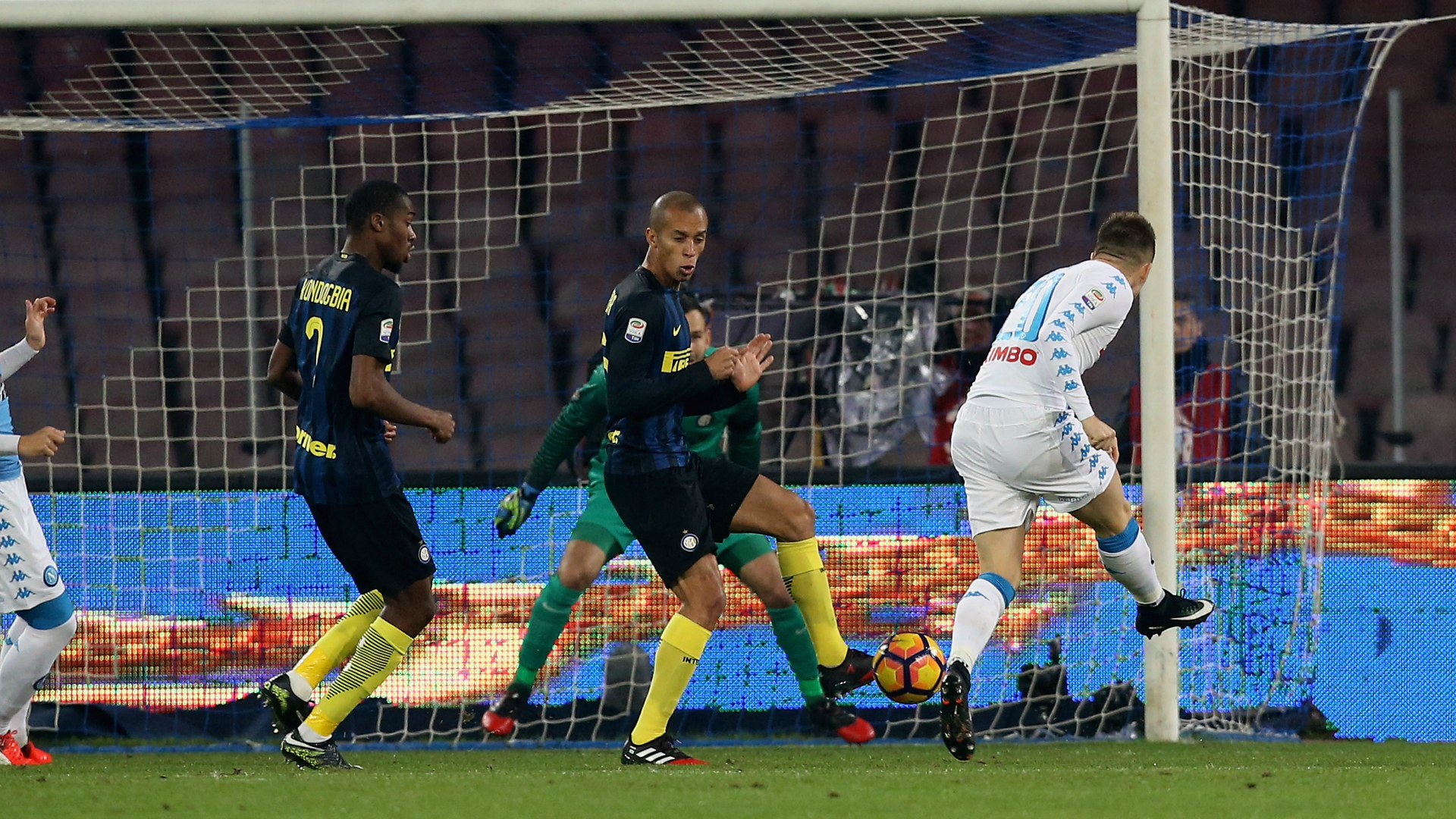 Samir Handanovic performed heroics in the Inter goal to limit Napoli’s margin of victory as Maurizio Sarri’s men moved up to fifth in the table, just a point behind second-placed Roma.

The deadlock was broken after 107 seconds when Jose Callejon nodded Hamsik’s lofted ball across the box back to Zielinksi, whose first-time shot found the bottom-left corner.

Zielinksi then turned creator as Napoli quickly doubled their lead, Hamsik beating Handanovic at the near post with a precise low after being brilliantly played in by the Pole.

Napoli continued to dominate and pressed to try to put the game to bed early, Manolo Gabbiadini heading narrowly wide of the right-hand post from Insigne’s left-wing cross.

Inter did finally manage to craft an opportunity and it unsurprisingly came through Mauro Icardi, who fired high and wide on the turn.

Possession was squandered by Napoli immediately from the resulting goal-kick, but Pepe Reina raced off his line to prevent Icardi from pulling one back for Inter. 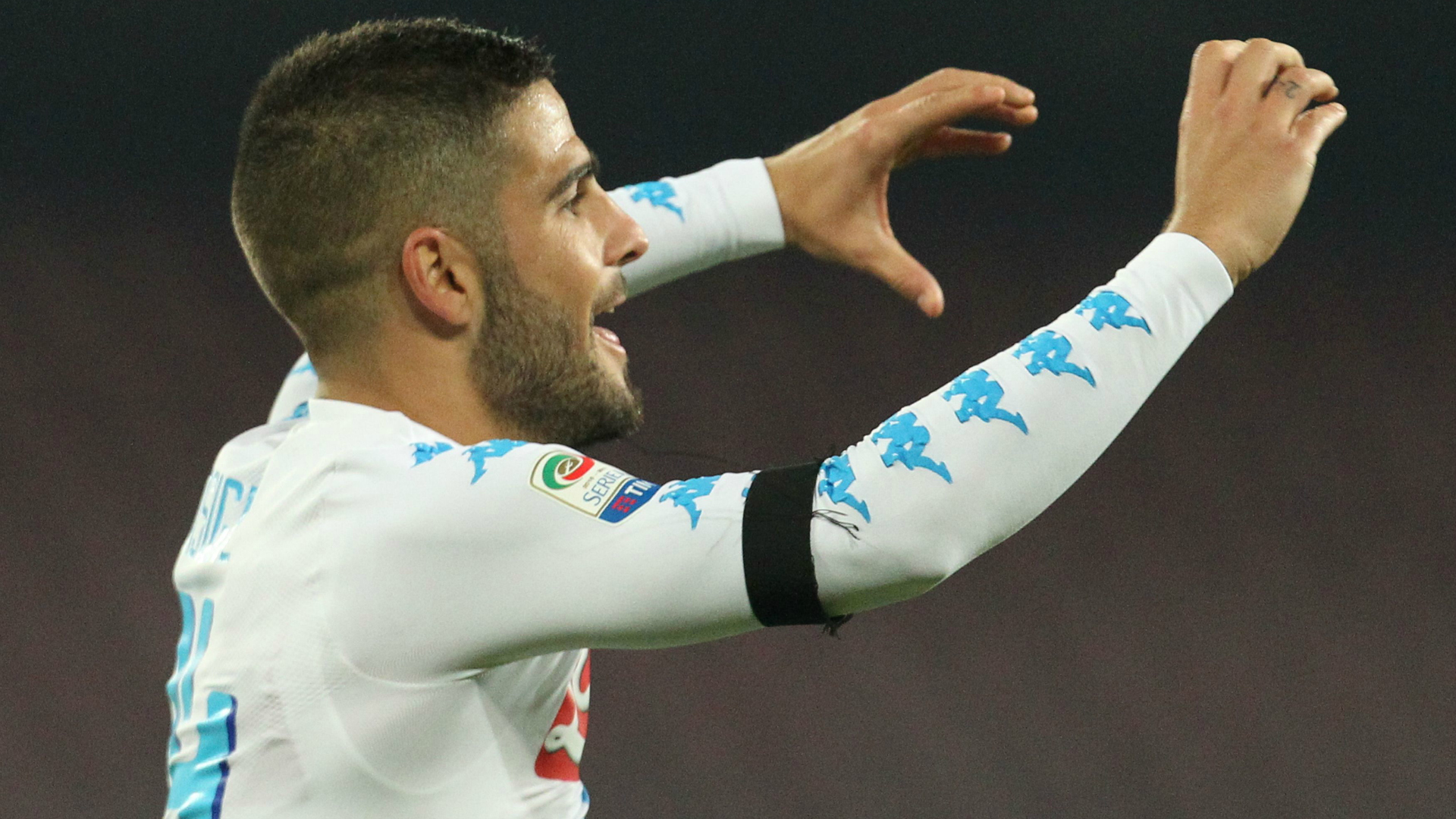 Eder replaced Ever Banega – who had been struggling with an injury – for Inter at the start of the second half.

But that change did little to alter to Inter’s fortunes as Napoli made it 3-0 six minutes after the restart.

Faouzi Ghoulam saw a curling effort turned over by Handanovic, yet hewas helpless as Insigne capitalised on the Inter goalkeeper’s failure to successfully clear Ghoulam’s inswinging coner by looping a snapshot volley into the bottom-right corner

Handanovic was called on again to Hamsik from close range after the Slovakian played a neat one-two with Insigne, and he continued to be the only thing stopping from the game from developing into a rout, thwarting Gabbiadini at the near post.

Not to outdone, Napoli keeper Reina produced a fine fingertip save to stop Antonio Candreva giving Inter a glimmer of hope.

Napoli evidently took their foot off the gas in the closing stages, but there is no time to relax for Pioli, who has plenty to think about with Inter remaining eight points adrift of the Champions League places.