Gonzalo Higuain scored twice to earn Napoli a 2-1 win over Inter at the Stadio San Paolo on Monday as the hosts leapfrogged their opponents into top spot and bolstered their Scudetto hopes.

The sides went into the weekend’s action as the league’s top two – Fiorentina’s draw with Sassuolo earlier on Monday temporarily pushing Napoli down to third – but Higuain continued to impress for Maurizio Sarri’s men, whose task was aided by the first-half dismissal of Yuto Nagatomo.

Higuain needed just over a minute to find the net for an eighth home league game running as Inter conceded their first goal in more than a month.

Napoli proceeded to dominate the first half while Inter hopes were hampered when Nagatomo picked up two yellow cards in nine first-half minutes for poor challenges on Jose Callejon and Allan. 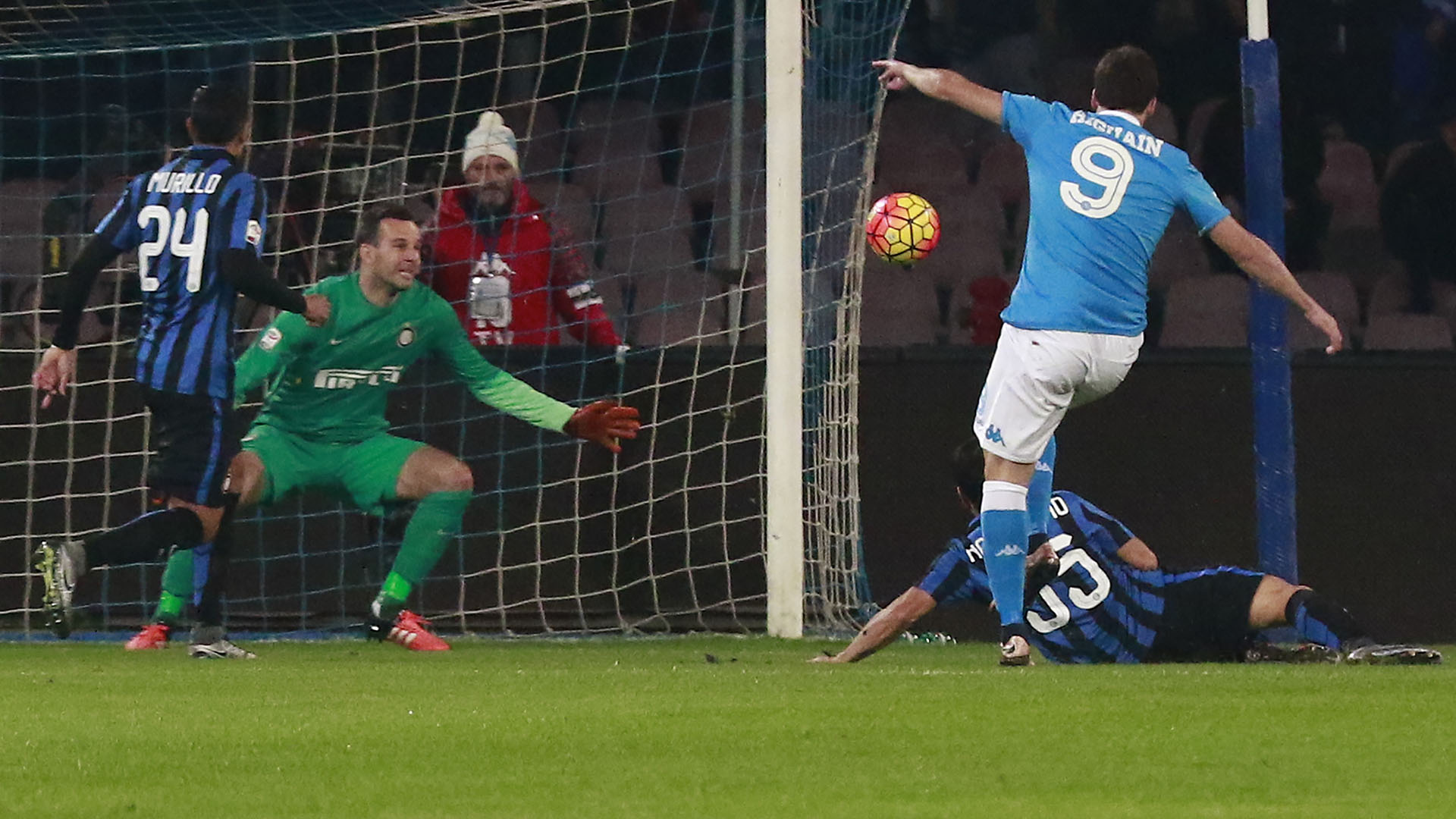 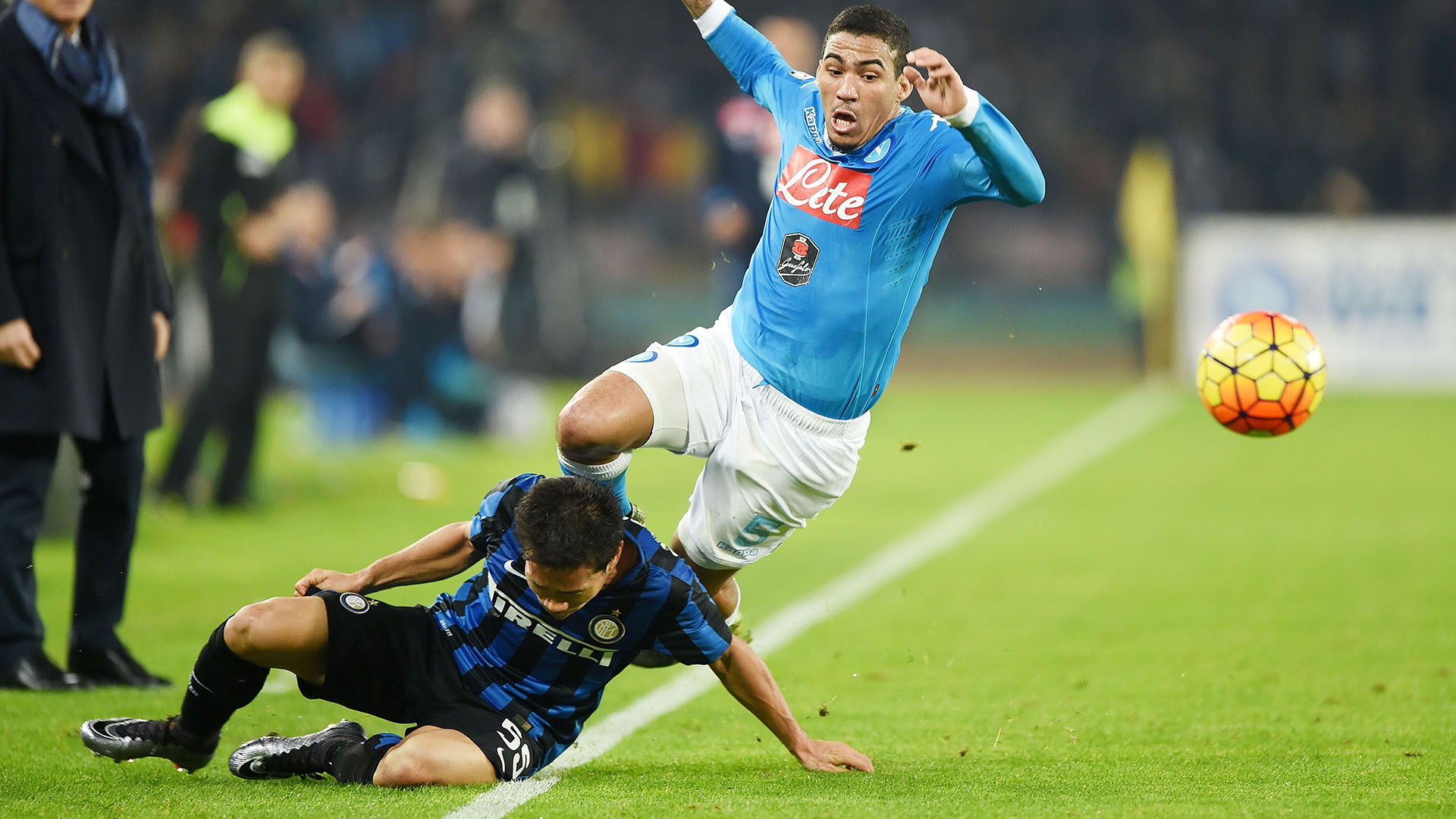 But Sarri’s side were deserving of an eighth consecutive home win in all competitions, surviving a couple of late scares to go a point clear of Inter who remain winless in Naples since October 1997.

Napoli could scarcely have hoped for a better start as they took the lead after just 64 seconds following uncharacteristically sloppy Inter defending.

Jeison Murillo cleared straight to Callejon who was able to chest the ball into Higuain’s path, the Argentinian firing past Samir Handanovic to maintain his record of scoring in every home game for Napoli against Inter.

Inter steadied themselves but remained vulnerable to Napoli’s free-flowing attacking play – Callejon fluffing a volley from inside the area before Marek Hamsik saw an effort well saved by Handanovic.

Fredy Guarin and Ivan Perisic both went close on rare forays forward for Inter but the hosts were given an extra boost when Nagatomo was shown a second yellow card for a mistimed challenge on Callejon prior to half-time.

Inter offered a limited threat on the break as Sarri’s men sought to put the result beyond doubt, Hamsik’s header at goal well kept out by Handanovic before Allan saw a long-range drive fly over the crossbar.

Unsurprisingly, it was Higuain who doubled Napoli’s lead shortly after the hour as he latched onto Raul Albiol’s header, holding off Murillo and Miranda before slotting a wonderful finish past Handanovic.

Ljajic produced an impressive left-footed strike from inside the area to beat Pepe Reina low to his left and give Inter hope five minutes later.

Inter piled on the pressure in search of an equaliser – Miranda hitting the post before Reina turned Stevan Jovetic’s  header onto the crossbar in the final stages – but Napoli survived a gripping finale to pick up an important win in the context of their burgeoning title hopes.