AC Milan boss Vincenzo Montella says his players should feel proud after Inter celebrated their last-gasp derby draw like it was a victory.

Ivan Perisic scored in stoppage time to grab a 2-2 draw in Stefano Pioli’s first match at the helm of Inter after Suso’s double – either side of Antonio Candreva’s strike – looked like it would give Montella’s men victory.

However, the Rossoneri head coach insisted on positivity after the match, highlighting Inter’s ecstatic response to the draw – Pioli ran on to the pitch to celebrate – as a sign of how far Milan have come given their opponents were tipped to be Scudetto candidates.

“Seeing the opposition celebrate a 95th-minute equaliser [Perisic scored in the 92nd minute] as if they had won, considering this is a team constructed to win the Scudetto, is something to be proud of,” Montella told Mediaset Premium.

“We ask so much from our lads, so a dip in concentration can happen every now and then. 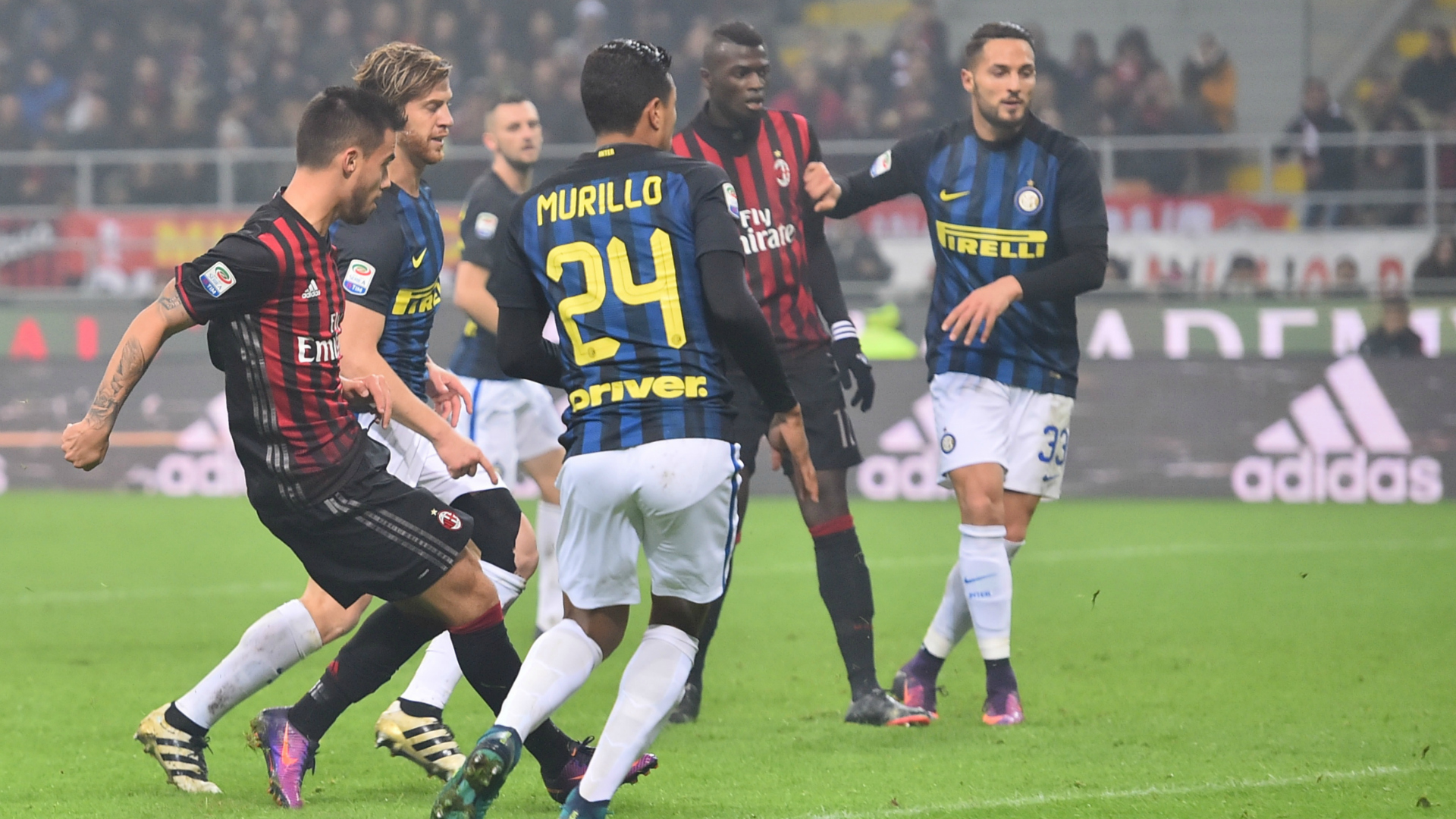 “I was sorry for them, but we can go home and sleep soundly with a smile because we put in a great performance and showed great spirit.

“Inter scored their goal on a set play at the 95th minute. It was almost the perfect evening and I try to see the glass half full.

“In the second half we started well and were superior, but Inter equalised on two fortuitous chances. Maybe Inter didn’t deserve to lose either, but if Milan had won then nobody could have claimed we didn’t deserve it.

“The president [Silvio Berlusconi] supported us after the match. He was a bit disappointed, just like us, but he’s satisfied about the Milan we are building. A young and Italian Milan.”

The draw means Milan sit third in Serie A, behind Roma – who lost to Atalanta earlier on Sunday – on goal difference.