For these two Derby D’Italia rivals, the Serie A season began with a prolonged set of surprises.

But after a 2-0 Juventus win over Inter, the expected order of things has emphatically returned to Italian football. The Old Lady moved four points clear at the top of the table, with closest rivals Napoli facing Fiorentina on Monday, while the Nerazzurri are marooned in fifth, their early title hopes fading into disappointment and the perennial fear of being overtaken by Milan appearing increasingly likely.

A volley from Leonardo Bonucci and a penalty from Alvaro Morata gave Juventus a reasonably comfortable victory, but, in a match that lacked real fluency, Inter never looked capable of overcoming Max Allegri’s side. Gianluigi Buffon’s remarkable reflexes denied Eder late on but the gulf in quality between the two sides was evident throughout, as was the vast difference in defensive resilience.

Inter made their name early in the season for their ability to shut teams out, often attracting criticism for the functional way in which they managed to grind out victories. But Roberto Mancini’s side have lost some of their edge. 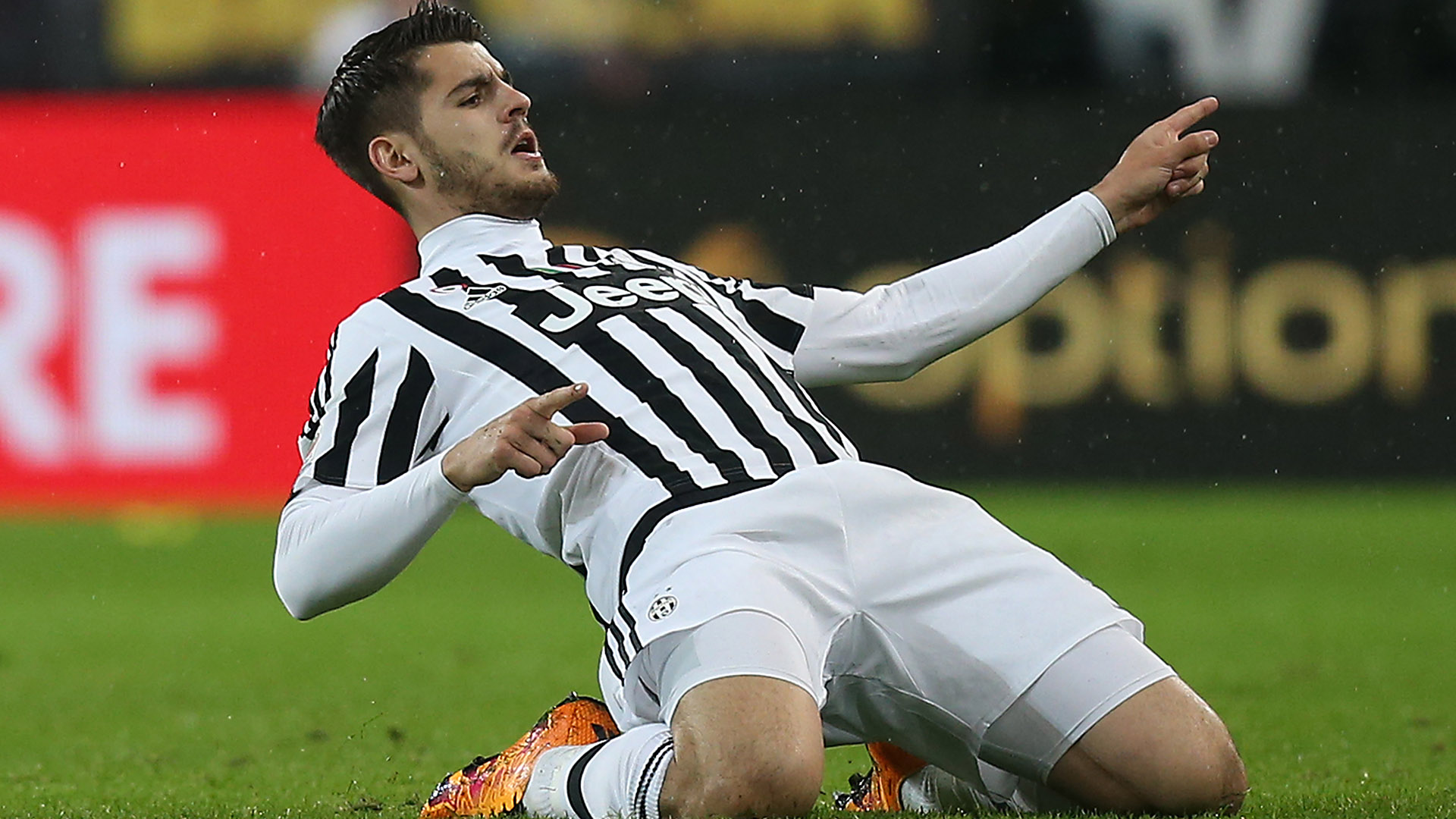 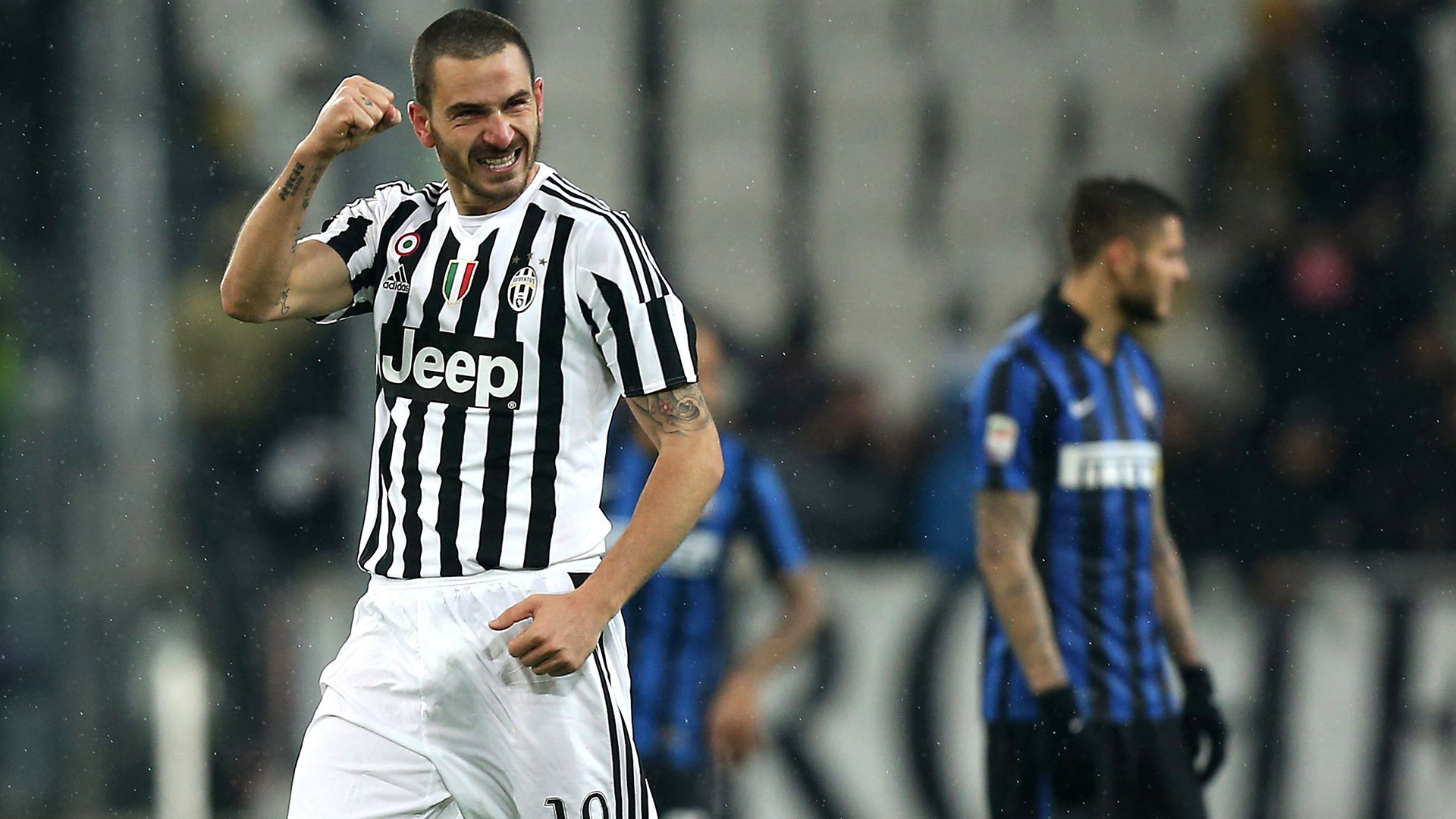 Bonucci’s opener, undoubtedly a spectacular volley from close range, was gifted to Juventus as Inter defender Danilo D’Ambrosio directed a harmless Paulo Dybala free-kick into the Italy international’s path. From then, Juventus never looked like losing and Bonucci, who possesses fantastic technique for a centre-back, continues to make his name as a big-game goalscorer, with strikes against Roma, Milan, Lazio and now Inter in the last two seasons.

Ahead of that match, Bonucci indicated that he wanted to “bury” Inter and, following another Juventus win, the Italian defender has certainly put the Nerazzuri’s ailing title challenge to bed.

The contrasts between the start of the season and the present could not be more marked. Five wins from five at the beginning of the campaign had invested Inter with a sense that they could propel themselves back to the top of Italian football. Juventus, meanwhile, had just one win from their first five, losing their opening two games, leaving many with a sense that their restructured side was not up the task of competing for the Scudetto.

Now, as winter edges into spring and the title run-in gathers pace, Inter have collapsed while Juventus continue to march on. After a 15-game winning streak over the winter months, ending only in the last match with a 0-0 draw away to Bologna, the Bianconeri are in pole position to record their fifth successive Scudetto, with Maurizio Sarri’s Napoli providing the only remaining challenge.

Juventus have a formidable squad, experienced at maintaining their form across numerous competitions, and find themselves, once again, in a commanding position as the season’s end draws ever closer. Roma’s efforts have been insufficient to surmount the Old Lady in the last two seasons and Napoli must continue to defy expectations if they are to succeed where the Romans could not.

Inter, meanwhile, must reflect on a promising season that has degenerated into mediocrity. Now facing a resurgent Roma, under the guidance of returning coach Luciano Spalletti, and the control of Fiorentina, Mancini’s side will need to battle to even secure a Champions League spot. Should the unthinkable happen and Sinisa Mihajlovic’s upwardly mobile Milan overtake Inter, the Nerazzurri could even miss out on Europa League qualification.

Inter’s early league title hopes have faded into nothingness and they are now faced with the real danger of the 2015-16 season juddering to a prosaic halt.