Juventus moved six points clear at the top of Serie A as Juan Cuadrado’s thunderbolt secured a nervy 1-0 home victory over Inter in the Derby d’Italia.

With title rivals Roma not playing until Tuesday, the champions took full advantage and Cuadrado’s marvellous goal provided the perfect response to second-placed Napoli’s 7-1 thrashing of Bologna earlier in the weekend.

Inter beat Juve at San Siro in September and Stefano Pioli’s men came into this game with designs on a title fight after a run of seven consecutive league victories.

However, following Inter’s Coppa Italia reverse against Lazio in midweek, Massimiliano Allegri’s side also proved too strong after Cuadrado’s first league goal of the season turned an entertaining contest in their favour at the end of the first half.

Paulo Dybala had clipped the woodwork early on, but the visitors were a match for the table-toppers until the Colombia international broke the deadlock in style.

Although Inter remained a threat after the break, Juve have now won 28 consecutive home league games and Inter’s frustrations boiled over late on as Ivan Perisic was dismissed for dissent. 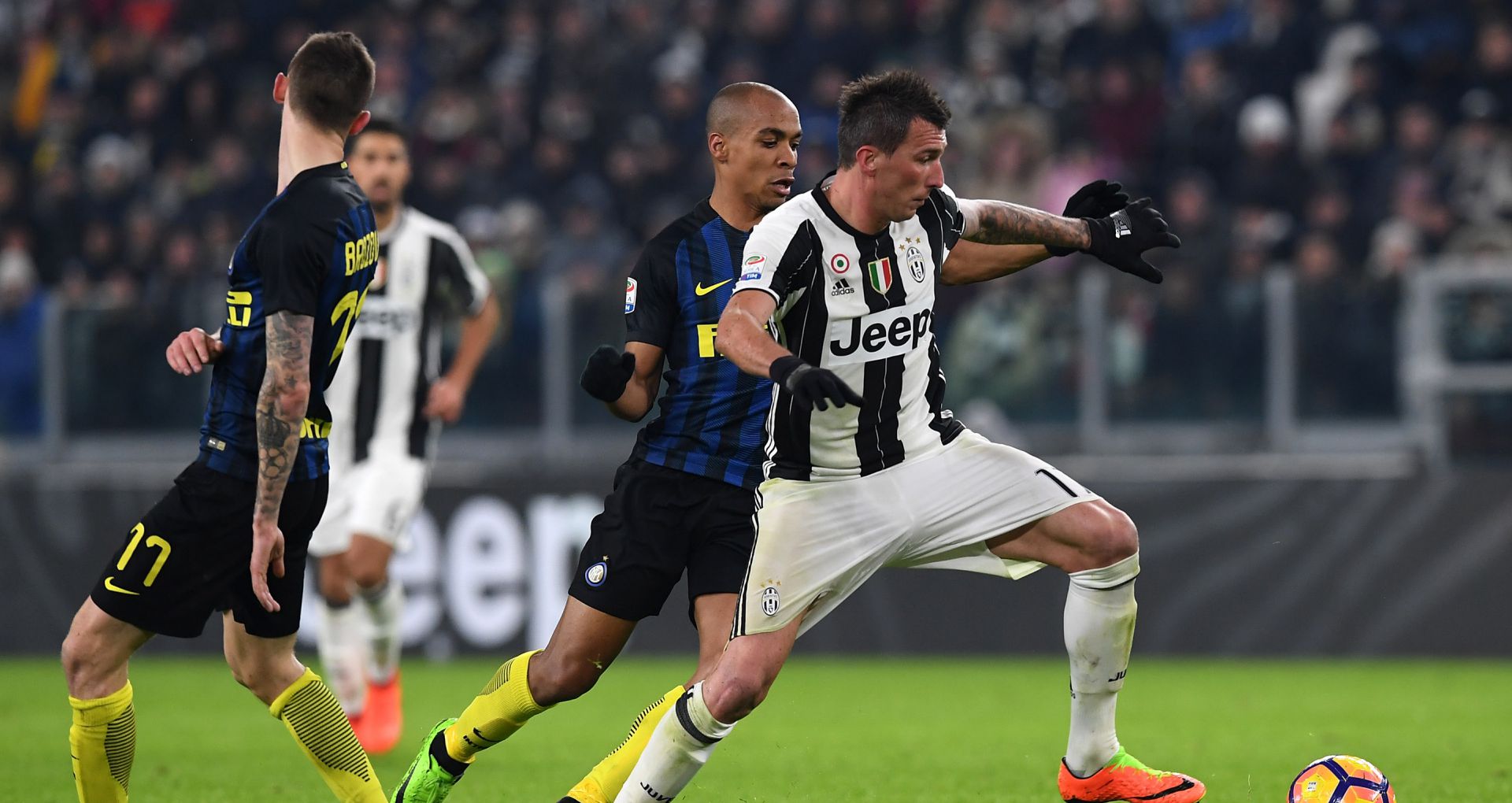 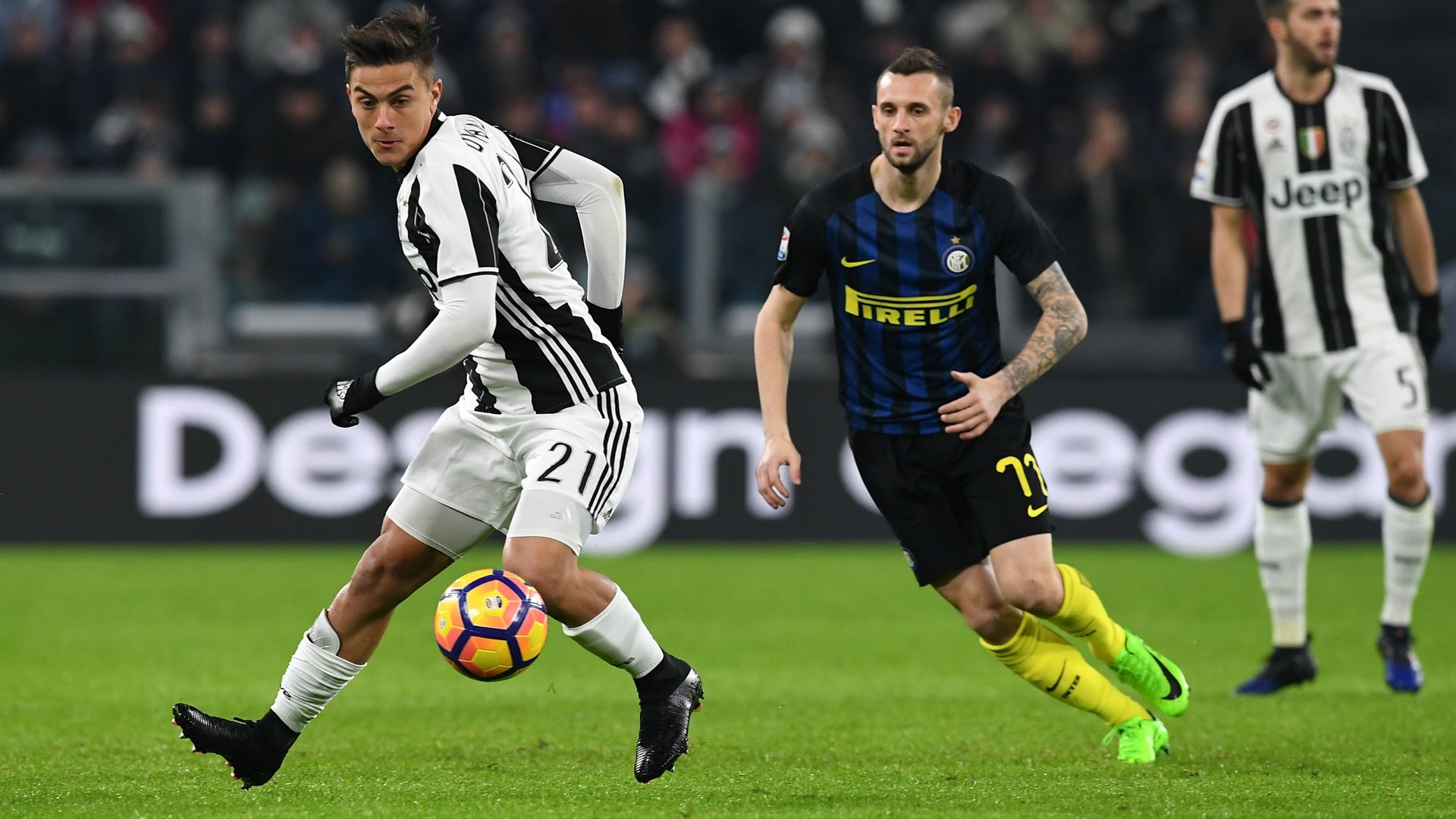 The game set off at a frantic pace and Samir Handanovic was soon forced into a strong stop from Dybala’s acrobatic volley.

While the action swung from end to end, amid a flurry of heavy challenges and poor final balls, Dybala supplied another moment of quality as he curled delicately against the crossbar from 20 yards.

Roberto Gagliardini snatched at Inter’s first chance, shooting over the crossbar, and then nodded straight at Gianluigi Buffon after Joao Mario had struck a low effort inches past the left-hand post.

Gonzalo Higuain uncharacteristically pulled an attempted finish wide at the other end, and Mario Mandzukic also headed across the face of goal, but the visitors enjoyed a dominant spell as Buffon parried from Perisic and watched Mauro Icardi narrowly miss the target.

However, Juve headed into the break in front as Cuadrado forged a breakthrough in the final minute of the half.

Handanovic kept out Miralem Pjanic’s free-kick at full stretch, but the subsequent corner fell kindly for Cuadrado to drive a stunning strike high into the net from 25 yards.

Pjanic was again denied by Handanovic, low to the goalkeeper’s left, early in the second period, while Gagliardini turned a header over the top for Inter.

Icardi led a counter for the visitors, opting to go for goal himself and blazing over, and Pioli’s side were then grateful to Handanovic as sharp saves from Higuain and Mandzukic kept them in the game.

Jeison Murillo’s curler missed the top-left corner as Inter attacked time and time again in the closing stages, but their final roll of the dice ended with a red card for Perisic.

With Handanovic forward for a corner, referee Nicola Rizzoli spotted a foul, booking the goalkeeper for his protests and then dismissing Perisic after an aggressive confrontation in the final act of a thrilling, fiery clash.