The two top scorers in Serie A have hit the majority of their goals in the second period this season, and Al Hain-Cole is backing that trend to continue at the Giuseppe Meazza

Roma will be looking to extend their 100 per cent start to the season when they travel to the San Siro to face Inter on Saturday.

Rudi Garcia has led his side to six wins from six Serie A games since taking over in the Eternal City this summer and is available at 11/5 (3.20) with Coral to oversee a victory in this one. 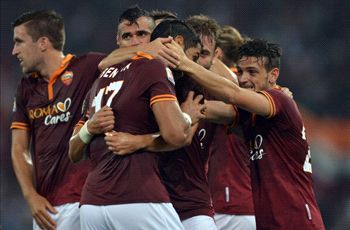 However, Walter Mazzarri is also yet to taste defeat in his new job and is favourite at 5/4 (2.25) to move into the top two with all three points against the leaders.

The Nerazzurri have drawn two of their last four league fixtures, and you can get odds of 11/5 (3.20) on them sharing the spoils with their high-flying guests this time out.

This early season top-of-the-table clash is sure to attract plenty of neutral attention, as the prospect of the division’s two top-scoring outfits going head to head is certainly a mouth-watering one.

However, fans should not be too dismayed if the net fails to bulge before half-time, as 27 of the sides’ combined 33 goals this season have gone in after the break. 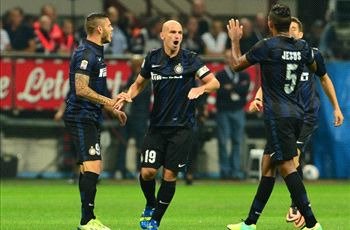 With Mazzarri sure to keep things tight and hope to hit the Giallorossi on the counterattack in characteristic style, patience is likely to be the order of the day on Saturday, and that patience is bound to be rewarded with an entertaining second period.

A bet on over 1.5 goals being scored in the second half would have paid out in all 12 of these opponents’ Serie A games so far and is therefore where the smart money lies at 8/11 (1.73) odds when they face off.

In fact, considering both Inter and Roma have largely left it until the second 45 to really come alive this season, odds of 21/10 (3.10) offer tempting value on them going in on level terms at the break, in a bet that would have paid out in eight of their 12 combined league fixtures.