Walter Mazzarri hopes to recreate the counter attacking game that was so successful at Napoli with his new side, but Al Hain-Cole does not expect much joy against the champions

Two 100 per cent records will be at stake when Inter and Juventus face off on Saturday afternoon, in an early Serie A heavyweight clash.

Walter Mazzarri has enjoyed the best possible start to life at the San Siro after leading his new side to two consecutive victories without conceding but his team are 11/5 (3.20) outsiders with Coral to make it three in row against the champions. 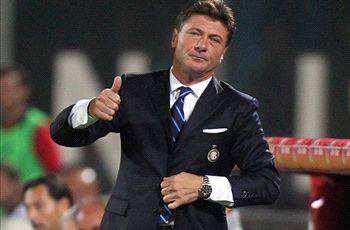 La Vecchia Signora have begun the defence of their title in equally impressive fashion and are favourites at evens (2.00) to take maximum points from this fixture for the third successive season.

The sides actually met just over a month ago in a friendly tournament in Miami, sharing a 1-1 draw in the International Champions Cup, and you can get odds of 11/5 (3.20) on them sharing the spoils again in this one.

After taking an ultimately unsuccessful risk in promoting youth team coach Andrea Stramaccioni to the top job, owner Massimo Moratti has now turned to the more experienced head of Mazzarri to mould the Nerazzurri back into title contenders.

The 51-year-old previously turned Napoli from mid-table team into Serie A runners-up thanks to an exciting 3-4-3 system that relied on speedy counter-attacks, and he looks intent on implementing those tactics at his new club. 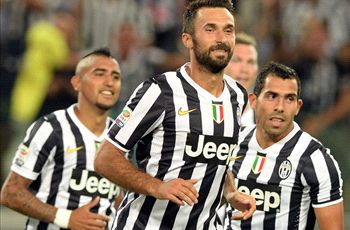 However, this gameplan is prone to coming unstuck in home fixtures against sides who refuse to leave any space in behind, and Antonio Conte’s visitors are the masters of the solid away performance.

Juventus won an unparalleled 13 of their 19 league fixtures on the road last season, conceding just 14 goals and keeping seven clean sheets, and their opening 1-0 win over Sampdoria suggests they have not lost any of their efficiency this term.

A bet on under 2.5 goals would have paid out in seven of the guests’ last nine away league games, including a 1-1 draw at Mazzarri’s Napoli, and offers tempting value at 5/6 (1.83) in a cat and mouse game against Inter, especially where the match odds look so difficult to call at this early stage of the season.