Inter put their Coppa Italia heartbreak behind them with a comfortable 3-1 Serie A victory over Palermo at San Siro.

Roberto Mancini’s side put in a remarkable performance against Juventus in midweek, running out 3-0 winners to force extra time in their semi-final, only to lose on penalties.

But they went some way to recover from that painful elimination as Adem Ljajic gave them an early lead in glorious fashion, beating two defenders and shooting powerfully into the bottom corner from 25 yards.

Inter captain Mauro Icardi made it 2-0 after 23 minutes, stretching in front of the covering defender to convert a superb right-wing cross from Rodrigo Palacio.

Palermo’s Franco Vazquez grabbed a goal back shortly before half-time, smashing in a volley, but Inter restored their two-goal cushion after the interval when Ivan Perisic scored a terrific diving header.

Defeat extends Palermo’s winless streak to seven Serie A matches and they sit a solitary point above the relegation zone, while Inter’s victory consolidates their fifth place. 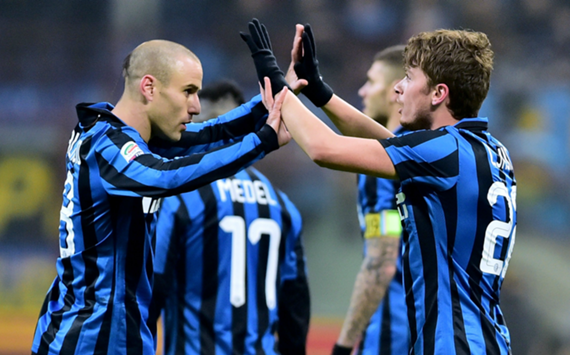 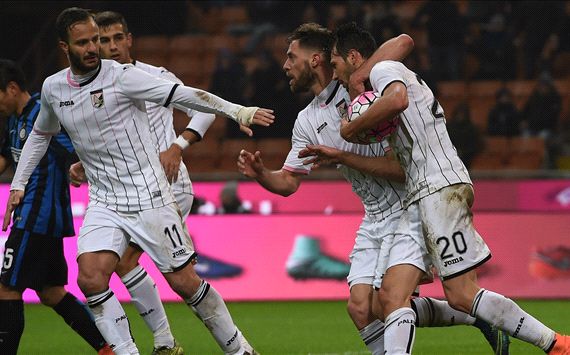 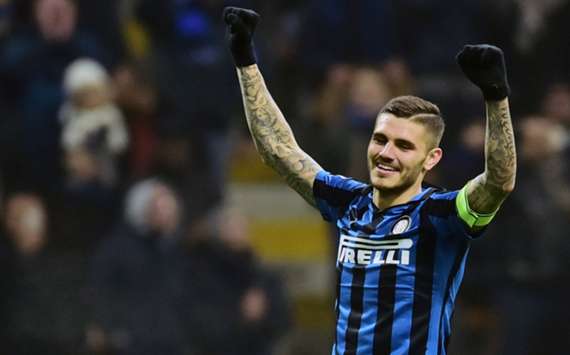 Mancini made four changes to the side that overcame Juve on Wednesday, while Samir Handanovic remained out with the flu and after a cagey opening the hosts took the lead in the 11th minute.

Perisic fed Ljajic and he jinked away from two defenders before unleashing a terrific low drive across Stefano Sorrentino and into the bottom-left corner, the attacker racing off to celebrate with Mancini.

After 20 minutes Vazquez saw Inter goalkeeper Juan Pablo Carrizo off his line and let fly from 30 yards, but Handanovic’s stand-in made a comfortable save.

Icardi doubled Inter’s lead on their next attack, getting the deftest of touches on Palacio’s centre to divert the ball beyond Sorrentino for his fourth goal in six Serie A appearances.

Inter were threatening to run riot and Ljajic could have added a third after 26 minutes, cutting inside from the left and slicing his shot wildly off-target.

Palermo had not won at Inter in 27 visits but they almost got a goal back after 34 minutes, Carrizo beating away a fierce strike from Vazquez, before Sorrentino made an equally good save to tip a Perisic shot around the post.

And the visitors gave themselves hope on the stroke of half-time when Vazquez volleyed into the roof of the net after a great break down the right by Andrea Rispoli.

Palermo began brightly after the interval, but they could not conjure an equaliser and Inter got back on track for a third successive home victory when Icardi crossed for Perisic to divert a smart diving header into the bottom corner.

Palacio was close to adding a fourth Inter goal after 70 minutes but Sorrentino kept out his bullet header with a fine diving save, then Vazquez saw a volley fly just wide.

With 10 minutes to go Carrizo saved a close-range effort by Vazquez, but Inter were able to hold on in relative comfort to take the points.