The Nerazzurri were made to rue a late lapse in concentration as they were held at home, and they risk falling behind in the Scudetto race after Napoli’s win

Kevin Lasagna came off the bench to earn 10-man Carpi a last-gasp 1-1 draw at San Siro and ruin Roberto Mancini’s 200th Serie A match in charge of Inter.

Inter had laboured throughout much of Sunday’s contest, but Rodrigo Palacio’s first Serie A goal of the season appeared to have done enough to end their two-match winless league run.

Carpi’s chances appeared slimmer still when Lorenzo Pasciuti was sent off late on for a second bookable offence.

But with the clock winding down and time seemingly up for the struggling visitors, Lasagna cooked up a treat for the away fans with a composed finish past the despairing Samir Handanovic.

Inter were left to rue missed chances from Ivan Perisic and Felipe Melo as they slipped six points adrift of leaders Napoli. Carpi remain mired in relegation trouble and are still 18th, but Fabrizio Castori’s men are now four unbeaten in Serie A.

The hosts controlled the early possession but Jerry Mbakogu had a goal harshly ruled out in the third minute with referee Andrea Gervasoni judging Matteo Mancosu had tripped Murillo in the build-up.

Inter dominated possession but, aside from two long-distance efforts from Perisic, the Carpi goal was untroubled and the lively Mbakogu wastefully rifled a half-volley straight at Handanovic having outmuscled Juan Jesus. 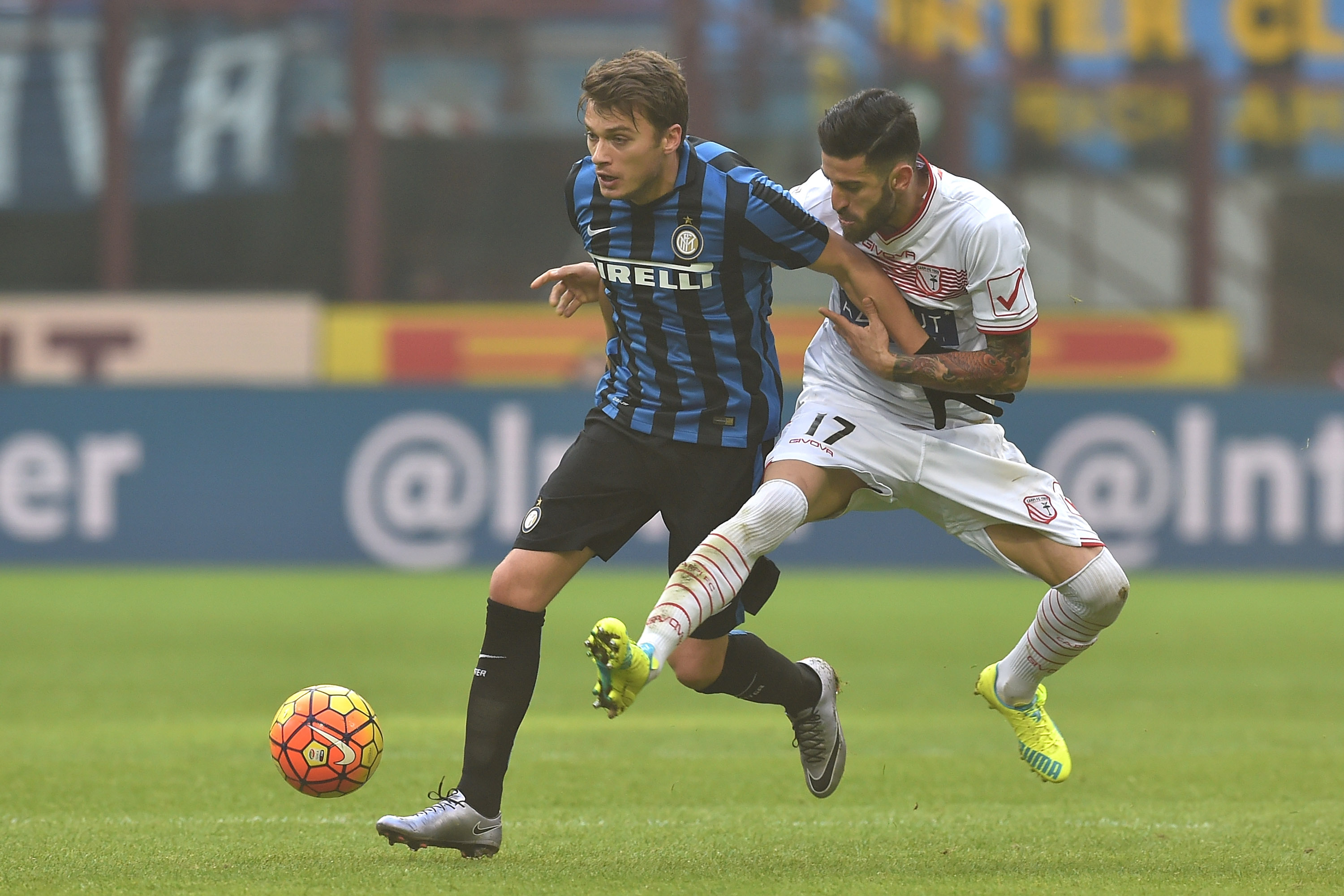 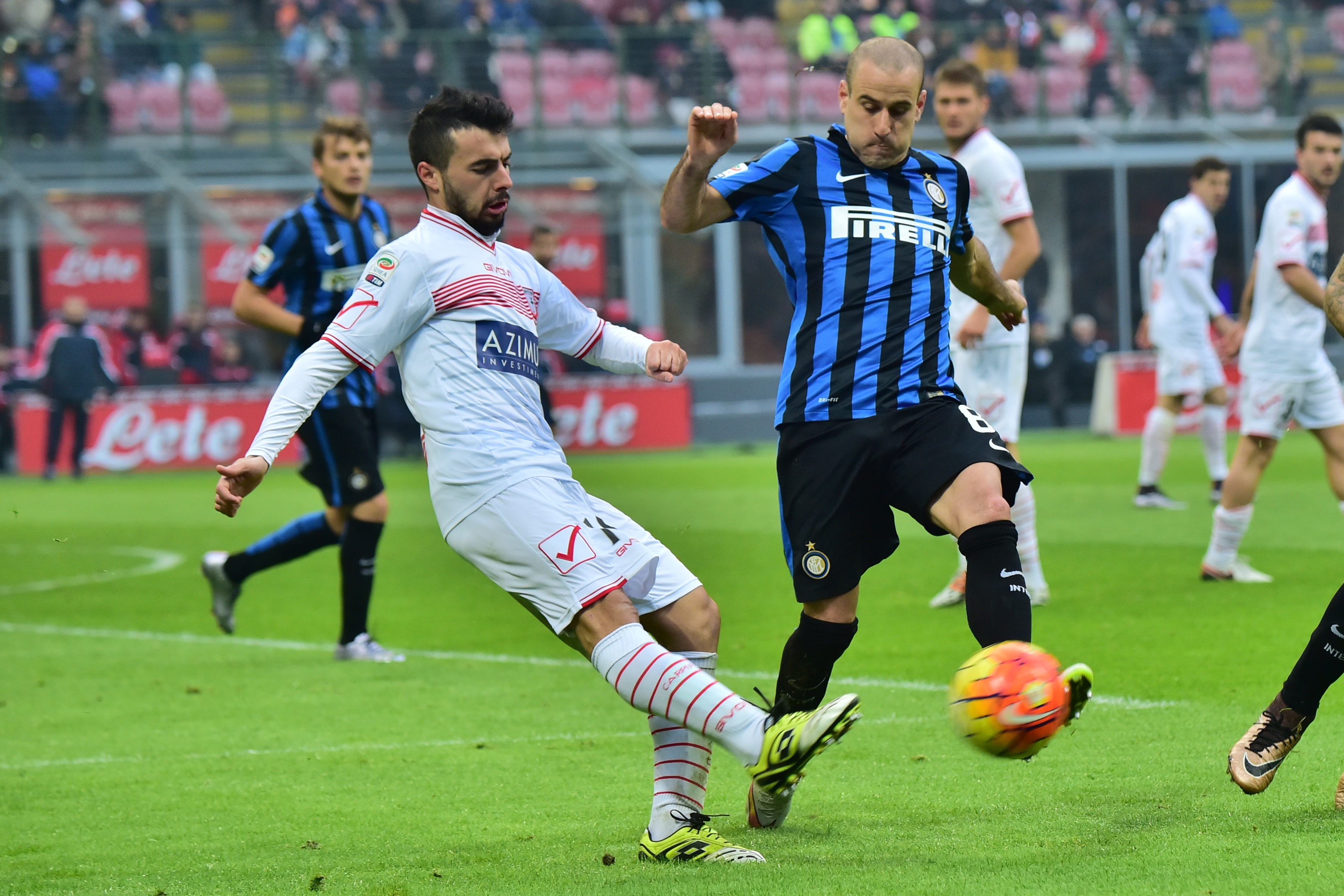 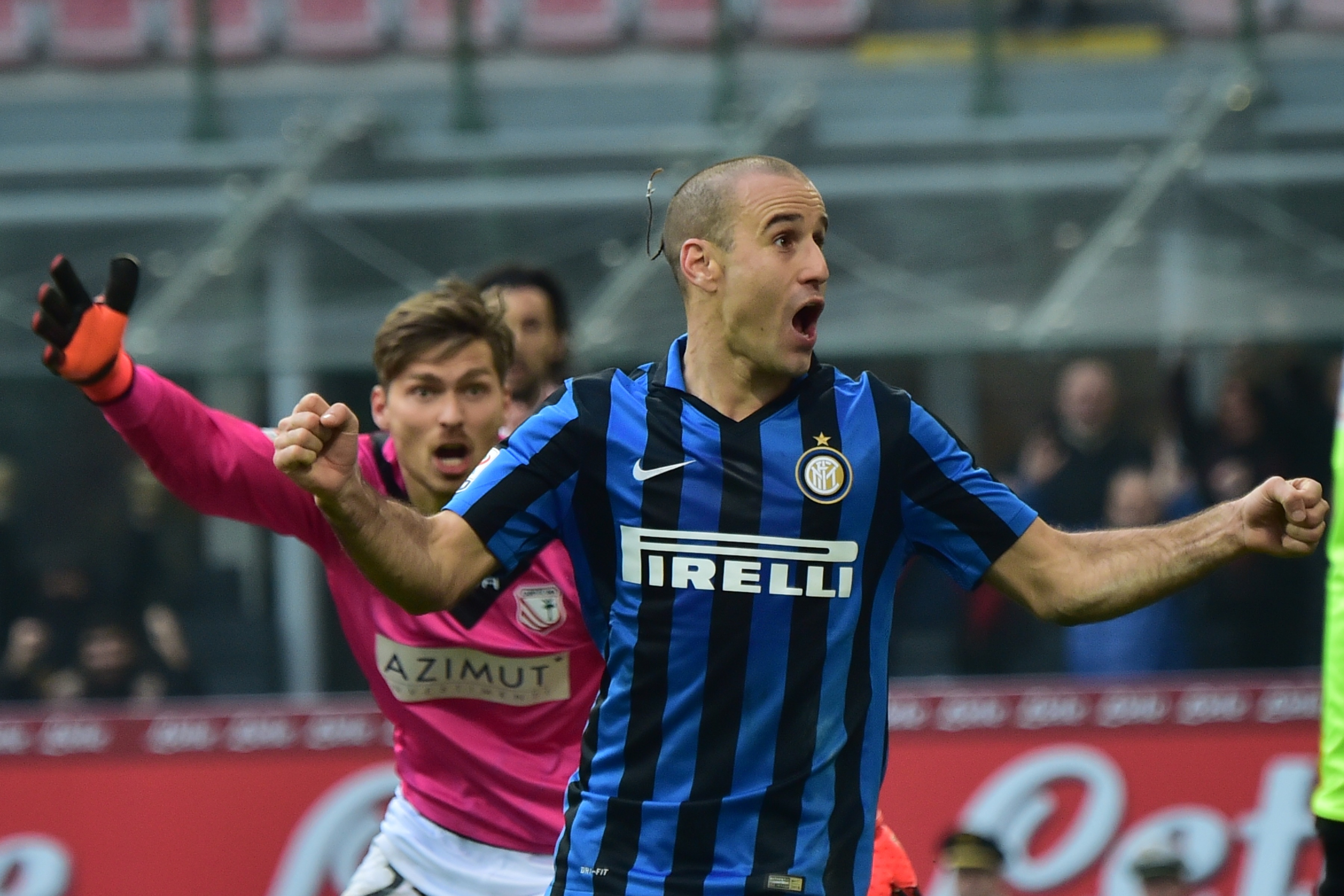 The hosts started to turn the screw, though, and Palacio’s looping header from a tight angle was cleared acrobatically off the line by Raffaele Bianco before Murillo mistimed a free header that went wide off Adem Ljajic’s thigh.

The pressure told six minutes before the break. Perisic’s low shot in the area was blocked by Emanuele Suagher and fell kindly to Palacio, who tapped in his first league goal since the final day of last season.

Carpi furiously claimed for handball on the stroke of half-time when Murillo charged down Bianco’s effort in the area, but Gervasoni was unmoved.

Perisic continued to prove Inter’s biggest threat after the break and the winger hit a stinging 25-yard effort that drew a smart parry from Vid Belec.

Carpi began to put Inter on the back foot, though, and substitute Miranda made a crucial block from Raphael Martinho’s goal-bound drive.

Belec made a terrific point-blank save from a Melo header in the closing stages and Carpi’s situation worsened when Pasciuti was shown a second yellow card for a reckless challenge on Miranda.

But the home supporters were silenced in injury time. Bianco’s throughball set Lasagna free, and he clinically drilled a left-foot shot into the bottom right-hand corner to ensure Mancini’s milestone day ended in frustration.