Inter battled past a stubborn Udinese side on Saturday evening to claim all three points as they continue to chase Napoli in second place.

In a match largely dominated by the home side, it took until the 76th minute and a VAR awarded penalty for the Nerazzurri t 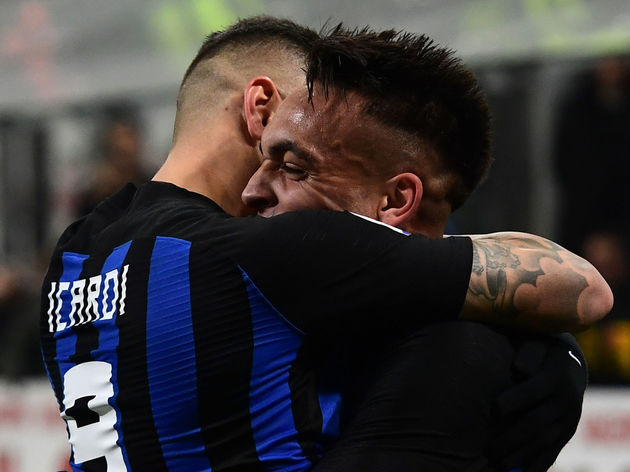 The opening 20 minutes were dominated by ?Inter, in terms of possession at least, but they were unable to create any clear cut opportunities as the Udinese defence stood firm. Inevitably, the first real chance of the half did fall to the home side as Matteo Politano whipped in a corner which was met by ?Icardi at the near post, only for his looping header to drop just wide.

Inter’s domination continued up until the half-time whistle – the home side with nearly 70% possession but failing to grab an all important goal. Udinese failed to have a single shot for the whole of the first period and in truth rarely visited the Nerazzurri half.

Udinese got into the game more after the break, but with 74 minutes on the clock and Inter attacking down the right, the referee blew his whistle to check a potential handball by Seko Fofana through VAR. After just a quick glance at the monitor, a penalty was awarded and Icardi had the chance to bag his ninth goal of the season. Under huge pressure, Inter’s talisman stepped up and dinked the ball down the middle to seal a tight win.

Dumped out of the Champions League in midweek after failing to beat PSV at home, it was a matter of interest to see how Inter would react in front of their own fans after such disappointment.

They played well and dominated the match, but perhaps lacked the confidence in front of goal. They also didn’t create as many clear cut chances as they would have liked against a struggling Udinese side who sat just about the relegation places coming into the game.

Icardi though – as he so often does – saved the home side and sent the fans home happy after midweek’s heartbreak in the Champions League.

STAR MAN – Despite Icardi grabbing the winning goal, it was

Vrsaljko is putting perfect crosses in one after the other but icardi isn’t even in the box. I have to laugh

Vrsaljko balled in that first half bombing up and down the wing,just needs Politano to step up his game second half #FCIM ???

After sitting just two points above the drop zone, it was inevitable that the Zebrette would come to defend and try to nick a point. Credit to them, they defended well and nullified Inter’s potent attack for periods of the game.

Unfortunately their stubborn resistance was broken through a VAR awarded penalty as Fofana handled when attempting to head the ball away. They can take heart from the way they performed and could count themselves slightly unfortunate not to grab anything from the game.

Inter return to action in a weeks time as they travel to Chievo for another Serie A clash. I Gialloblu