The Nerazzurri held on after the expulsion of Brozovic to take three points, with Samir Handanovic coming up big with some key saves to frustrate the visitors

The Italian side had come into Thursday’s game rooted to the bottom of Group K having failed to win either of their opening two fixtures and looked set for more disappointment as the visitors dominated for an hour.

However, Candreva’s superb 67th-minute finish secured a win that, while undoubtedly fortuitous, served to relieve the pressure on under-fire boss Frank de Boer.

And the Dutchman’s side showed great resolve to seal the points having being forced to play out the final 13 minutes with ten men after Marcelo Brozovic picked up a second yellow card.

Another positive for Inter was the favourable reception afforded to skipper Mauro Icardi by the home fans following the Argentine’s well-publicised falling out with a section of the club’s support.

The result snapped a run of four consecutive European defeats for the hosts and maintained their hopes of progressing to the knock-out phase.

But for two superb saves from Samir Handanovic in the final five minutes, Southampton would have claimed at least a point, which was the minimum their performance deserved.

Southampton came close to gifting Inter an early goal when Cuco Martina’s loose backpass was pounced upon by Icardi and Fraser Forster had to react smartly to snuff out the danger.

Having survived that early scare, however, the visitors proceeded to dominate the rest of the half, Jay Rodriguez went agonisingly close to giving his side a deserved lead on 28 minutes. 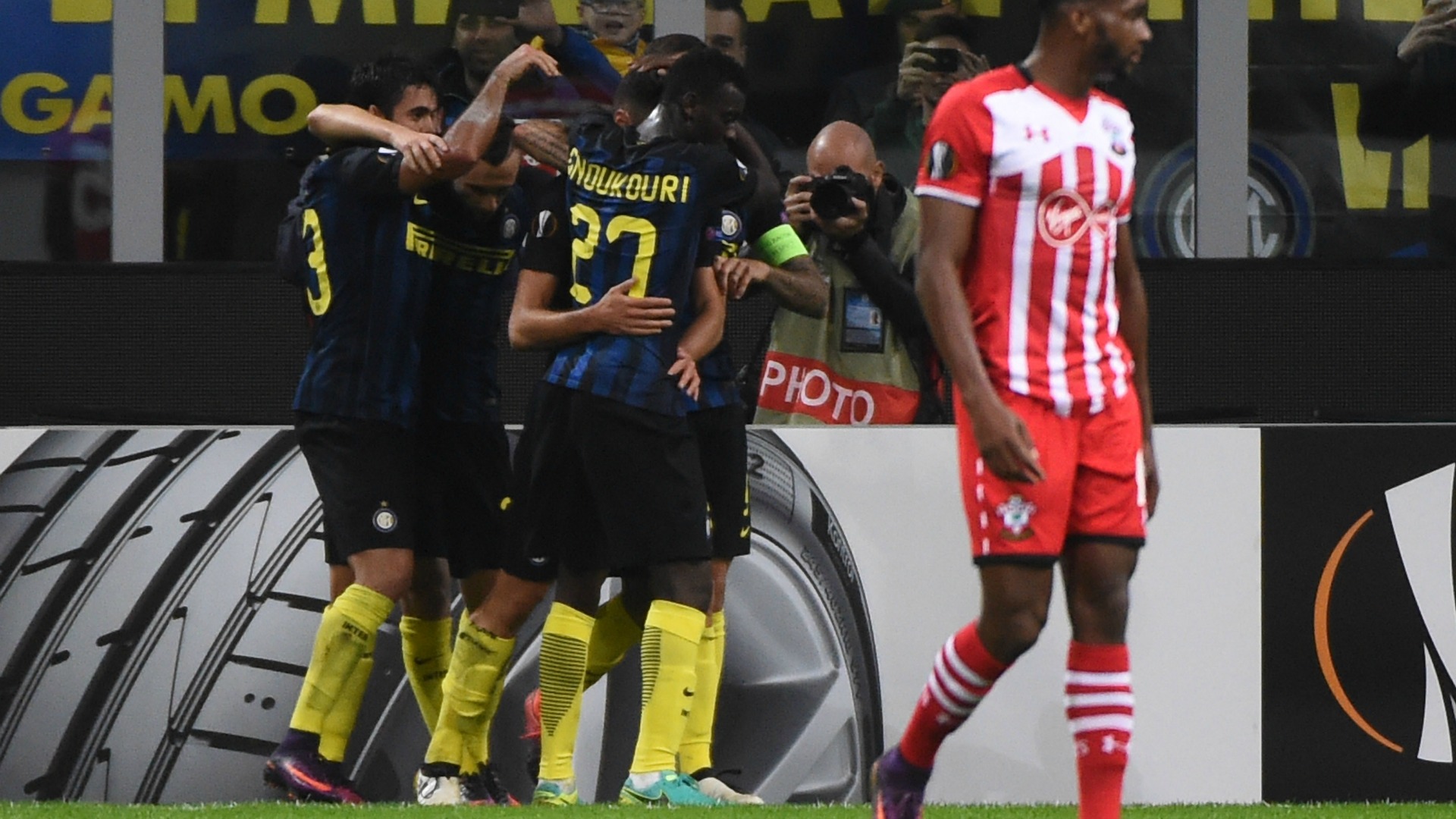 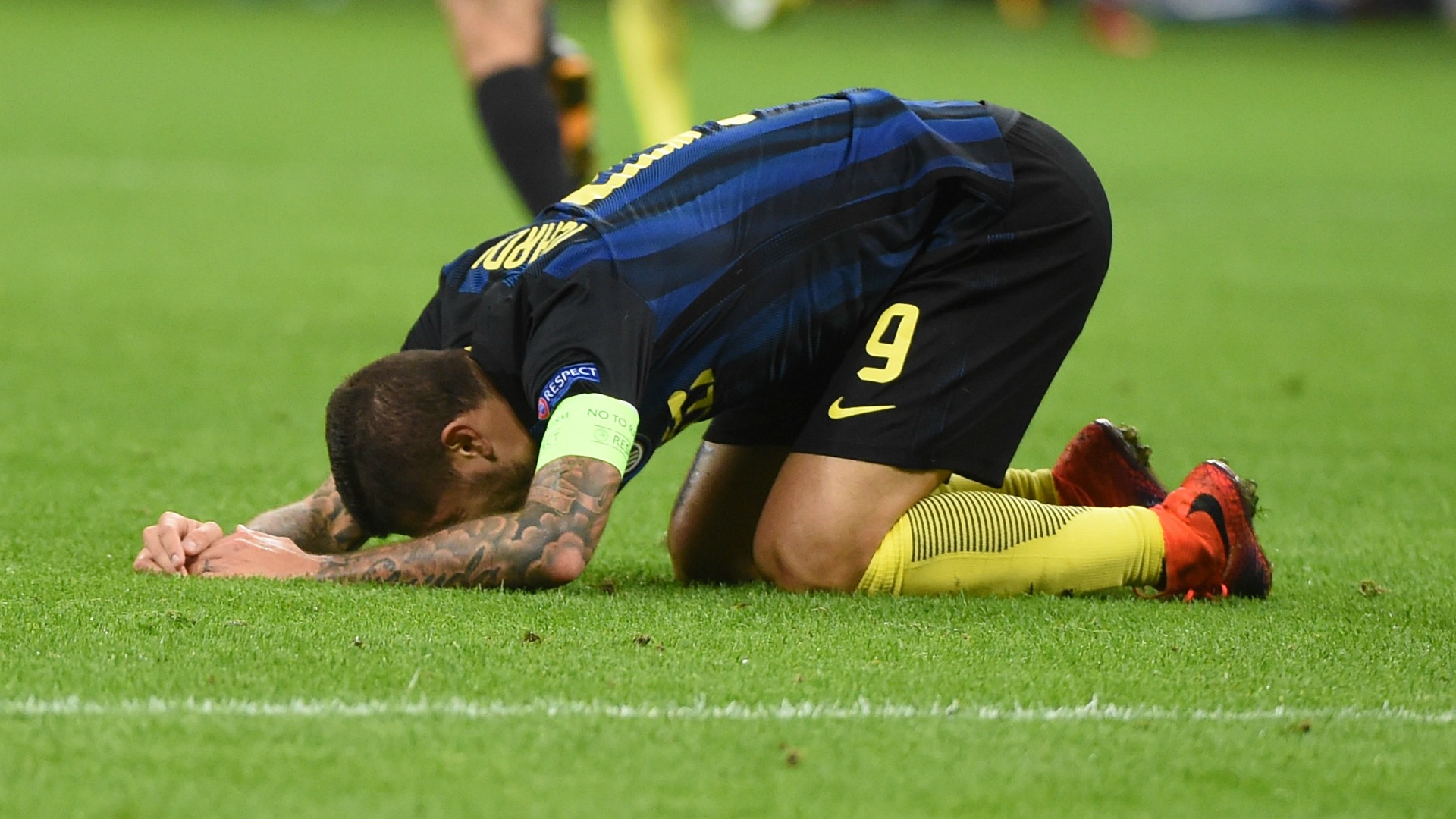 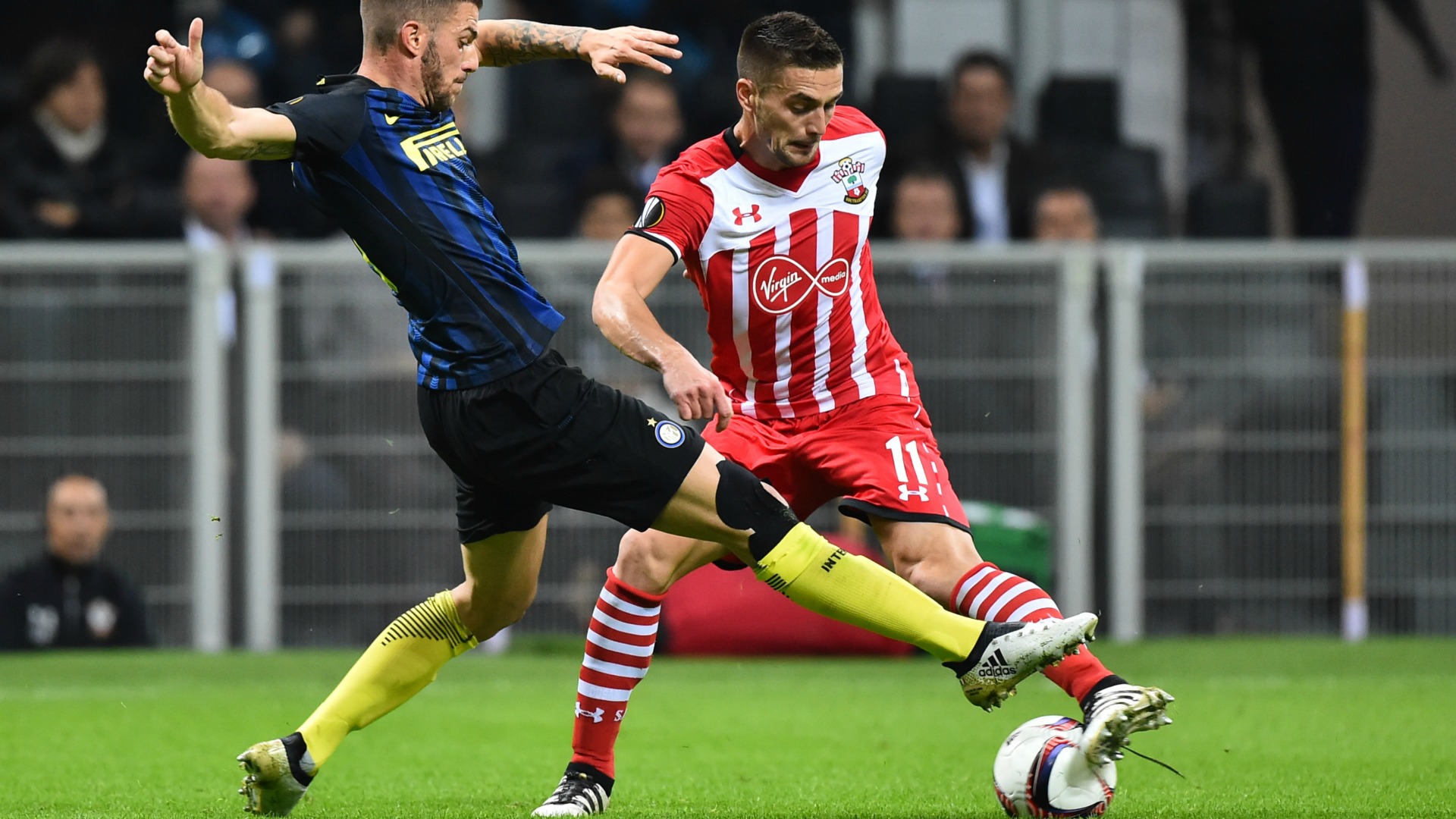 Rodriguez connected with Sam McQueen’s fine low cross, only to see the ball cleared off the line by Yuto Nagatomo.

James Ward-Prowse then fired narrowly over the bar after fine approach work from Dusan Tadic, before the Serbian midfielder teed up Martina, who cut in from the right flank but fizzed his shot wide.

Rodriguez again went close in the 38th minute, just failing to get a meaningful connection on a Martina delivery at the far post with the goal gaping.

Inter threatened shortly before the interval when Eder unleashed a fierce shot from just outside the box that whistled narrowly past Forster’s right-hand post.

Rodriguez remained in the thick of things after the break as he was foiled by a last-ditch challenge from Miranda and carved out an opportunity for Charlie Austin, whose 20-yard drive flashed wide.

At that stage it seemed only a matter of time before the English side took the lead, but instead it was Inter who broke the deadlock completely against the run of play.

Davide Santon whipped in a low cross from the left and, having got in front of Virgil van Dijk to meet it, Candreva rifled a superb shot past the helpless Forster into the top-left corner.

Brozovic’s senseless foul on Pierre-Emile Hojbjerg then rightly earned him a second yellow and Inter were left to hang on.

And cling on they did as Handanovic first denied Van Dijk and then produced an even better save to foil Austin, with Ward-Prowse firing wide with the final chance of the match.