Marko Arnautovic was just nine years old when the World Cup was staged in France in 1998. Born to an Austrian mother and a Serbian father, the Vienna native was captivated by the performances of the Balkan nations. “I promised my mother that I’d be a famous footballer one day after seeing players such as Croatia’s Davor Suker and Serbia’s Predrag Mijatovic shine in France,” he says. Eighteen years on, in the very same country, Arnautovic now has the opportunity to become a household name across the globe.

Until now, Arnautovic is arguably more infamous than famous. Considered a talented but difficult character from his teenage years, he attracted the interest of Feyenoord while still lining out for Twente’s reserve side. Then, after only one season in Enschende, in which he scored 14 times in all competitions, the 19-year-old forward was courted by the likes of Chelsea and Lazio. However, he ultimately ended up at Inter. ‘The new Ibrahimovic’ had ultimately been chosen to replace the Swedish striker with whom he shared so many characteristics: Balkan parentage, an imposing physique, excellent technique and a fiery temperament.

“They’ve said that I’m like Zlatan an infinite amount of times,” Arnautovic said of the Austrian and German press upon his arrival in Milan. “It makes me happy, though, because he is my No.1 but he’s a great and I’m only a little boy.”

It didn’t take long for then-Inter coach Jose Mourinho to realise as much. Arnautovic was just 20 when he joined Inter from Twente. It was a culture shock but one which he quickly embraced. “When I was in Enschende, beside my apartment there was a field with cows grazing in it,” he explained. “Then, I’m in Milan and discover Fashion Week, the restaurants, the clubs and only beautiful women.

“At the time, I didn’t have a girlfriend. I was 19. And I said to myself: ‘Well, now I’m here, nobody knows what will happen in the future, so better to quickly make a name for myself!’ And I managed that.” 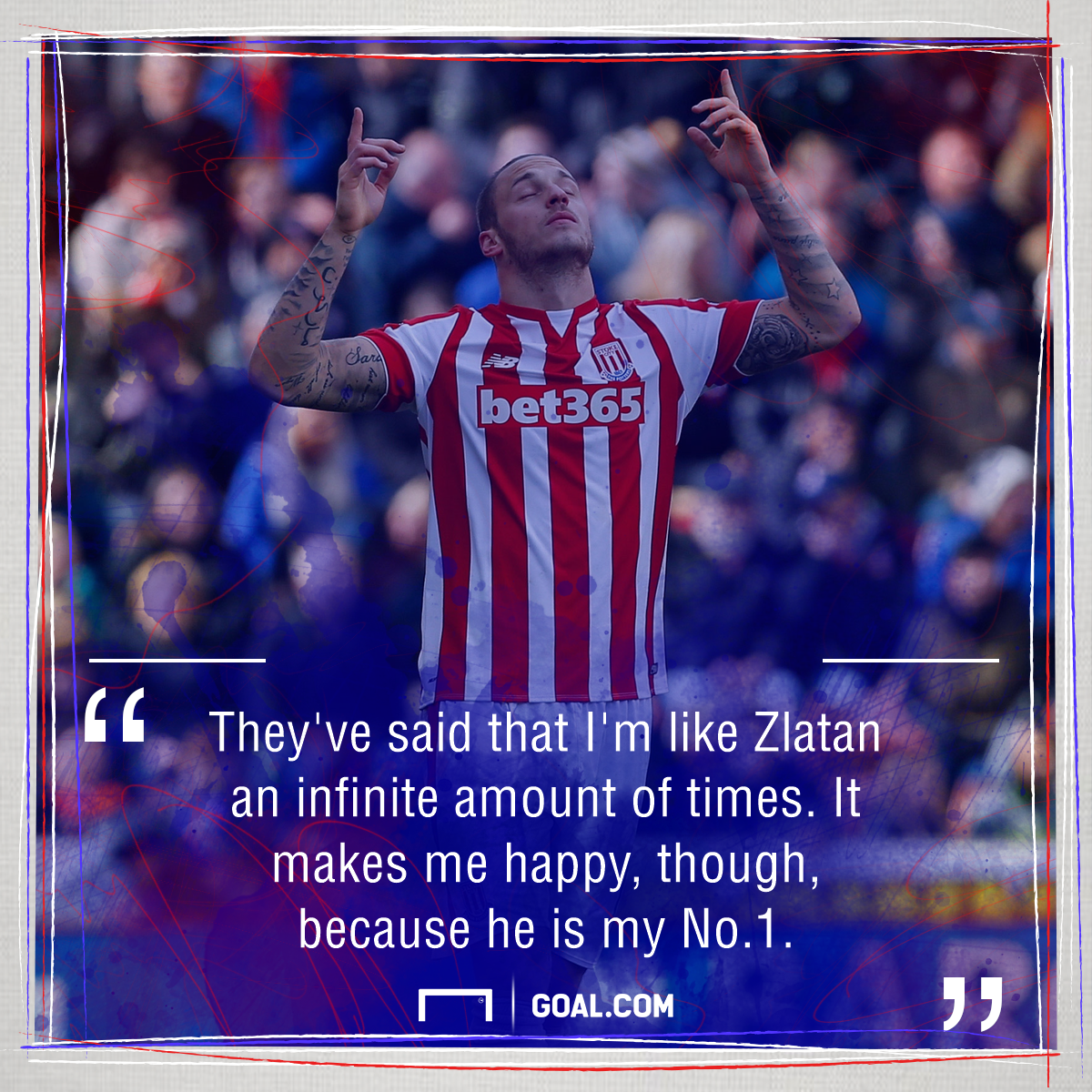 That he did, but for all the wrong reasons. Arnautovic endeared himself to the Nerazzurri fans – but for his eccentric behaviour off the field rather than anything that he did on it. He gatecrashed team-mates’ interviews, lost Samuel Eto’o’s car and entertained Inter supporters with silly songs and crazy dances.

Unsurprisingly, he became good friends with Mario Balotelli, much to Mourinho’s chagrin. “Marko is a fantastic guy but he has the attitude of a child,” the boss complained. “Balotelli is his best friend and happens to have the same characteristics. That is not easy [to handle].”

Still, Mourinho had got the very best out of Ibrahimovic the season beforehand and he still felt optimistic about doing likewise with the younger, less polished Arnautovic. Indeed, midway through the season, Mourinho admonished him for turning up late for training. Consequently, when the Austrian responded by arriving four hours ahead of schedule the following morning, the Inter boss was so enthused that he gave the young forward his watch!

At that point, something clicked in Arnautovic. “I realised that I had to do something,” he explained. “From that point on, I trained well. Mourinho promised me a contract but then he went to Real [Madrid].”

As a result, Inter ultimately decided against making Arnautovic’s loan move to San Siro permanent, sending him back to Twente. It was easy to understand why, given that the forward, who had arrived in Milan still recovering from a fractured foot, had recorded just three appearances – and no goals – during the 2009-10 Serie A season. 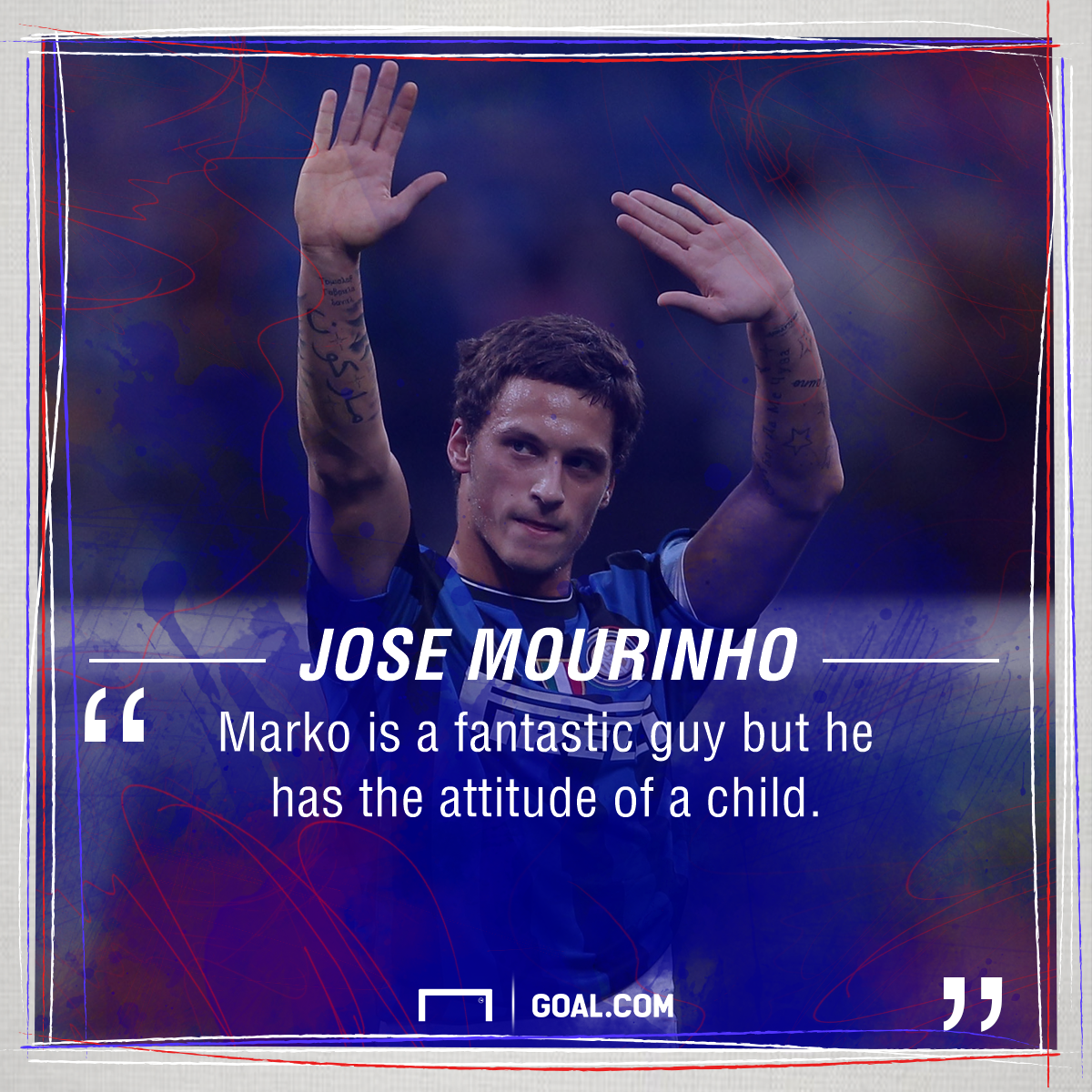 Besides, it quickly became evident that Arnautovic had yet to really grow up. His subsequent spell at Werder Bremen was blighted by several off-field incidents. As well as labelling his new home city “a dump”, he and team-mate Eljero Elia were suspended from first-team duties in April 2013 after being caught speeding on the Autobahn at 03:00 two days before a Bundesliga game. “We cannot tolerate unprofessional behaviour like that,” said coach Thomas Schaaf.

He did little to ingratiate himself to his compatriots either. He had another brush with the law in Vienna, telling a police officer: “Shut up! I earn so much I could buy your life.”

Stoke City thus knew that they were taking a major risk when they signed Arnautovic from Bremen that summer. However, Potters manager Mark Hughes believed that his club had pulled off a major coup. “It made sense to us and made sense to him that this is the right club for him,” the Welshman explained. “He’s got a real desire to make an impression.”

Arnautovic has done just that, earning himself cult status at the Britannia Stadium with his flair and goals. The player himself says that marriage and fatherhood have changed him for the better. Certainly, he now seems a calmer, more grounded individual, which is precisely why Austria boss Marcel Koller had no issue with starting him in all 10 of the team’s qualifiers for Euro 2016.

“I must keep myself under ­control,” Arnautovic told The Daily Telegraph. “I have a big ­responsibility as a father. That helps me to be more sensible. It’s better I keep my mouth shut. Let my feet do the talking.”

However, in Austria’s final warm-up game for Euro 2016, he was accused of spitting on Kenny Tete. The evidence was inconclusive but the onus is now on Arnautovic to prove beyond all doubt that he has finally matured and is now capable of becoming the famous footballer that he promised his mother that he would be.