Gabriel Barbosa’s long wait for a first Serie A goal ended as the Brazil international came off the bench to seal a 1-0 win for Inter at Bologna.

Stefano Pioli’s men looked set to miss out on the opportunity to regain fourth place in the top flight as Bologna displayed the type of defensive resilience entirely absent from their 7-1 thrashing at the hands of Napoli at Stadio Renato Dall’Ara earlier this month.

But Gabriel – who arrived amid much fanfare from Santos but offered little to back up his famed ‘Gabigol’ nickname across five previous substitute cameos in Italy’s top flight – provided a headline-grabbing turn worthy of a forward talent who helped to fire the home nation to gold-medal glory at Rio 2016, alongside Neymar and Gabriel Jesus.

The finish was of a welcome routine nature for the 20-year-old, who tore off his shirt and streamed towards the delirious travelling support to bask in the moment.

Inter are back above surprise package Atalanta and Lazio in the jostle for European qualification ahead of next weekend’s crunch clash with second-place Roma.

Pioli’s side got on the front foot from kick-off and only a dreadful 12th-minute miss by captain Rodrigio Palacio prevented their efforts from being rewarded.

Ivan Perisic burst clear down the Bologna right and arrowed in a dangerous low cross that seemed to catch Palacio by surprise, with the veteran Argentine forward skying hopelessly over from five yards.

Often by accident as much as design, Roberto Donadoni’s hosts repelled Inter’s pressure and they belatedly grew into the half – Blerim Dzemaili sending a 25-yard strike narrowly wide in the 39th minute.

Palacio was again ill-prepared to convert a headed chance shortly afterwards and the sight of Bologna skipper Angelo Da Costa gathering an awkwardly dipping drive from Roberto Gagliardini meant the deadlock would remain intact at the break.

It was home forward Simone Verdi who displayed wayward finishing early in the second period when he got underneath Ladislav Krejci’s cutback. 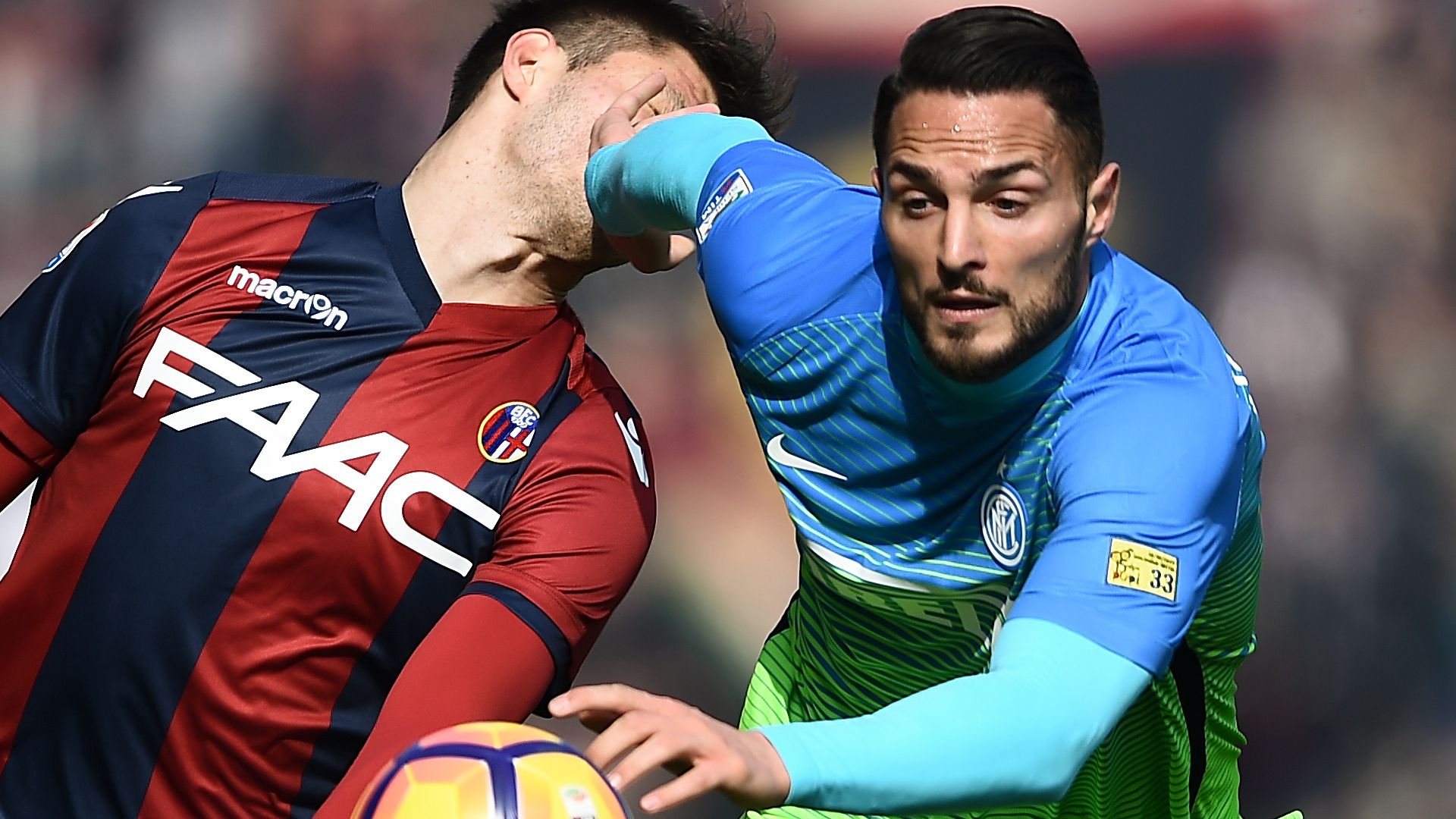 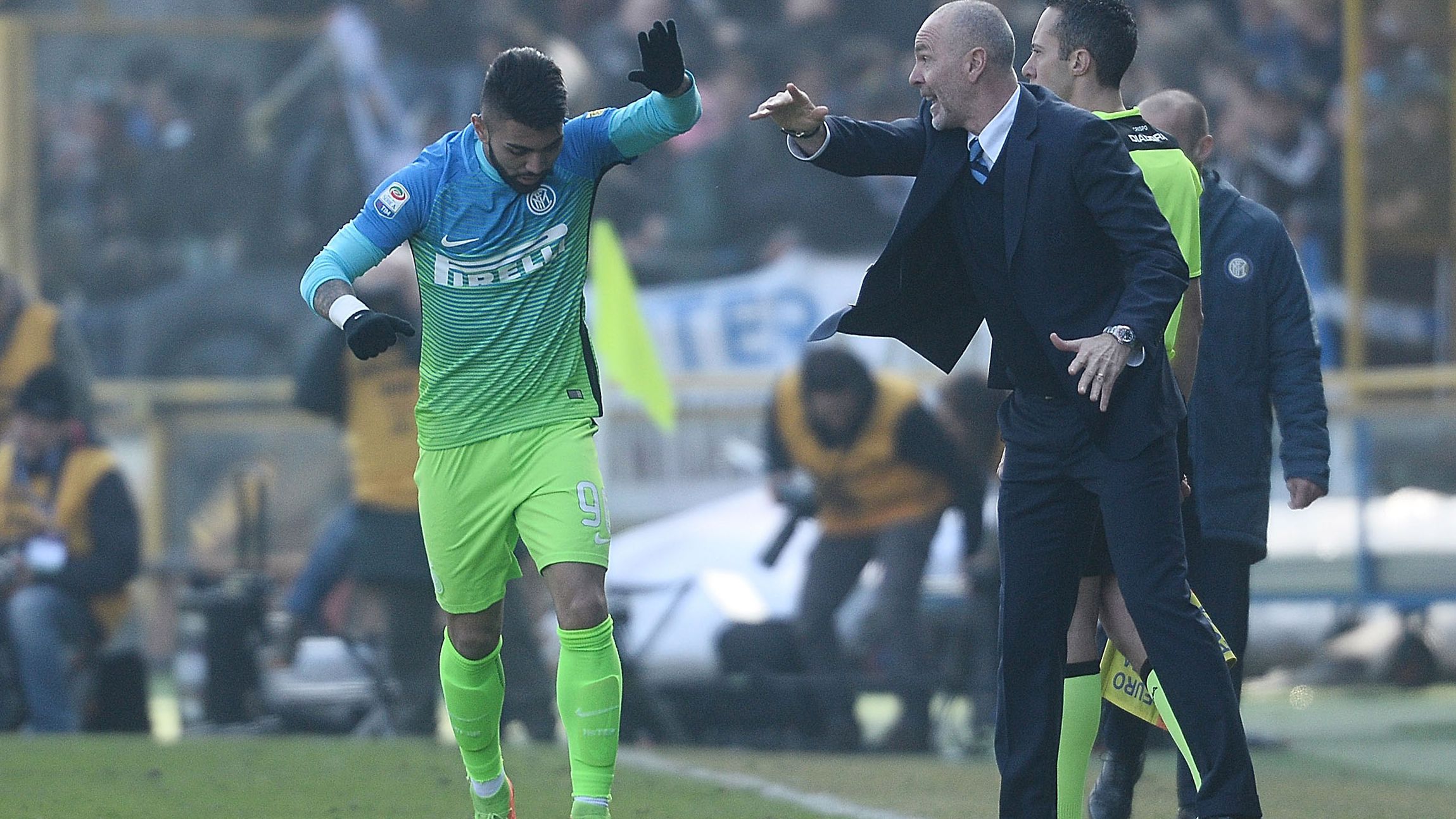 The contest was starting to become a touch stretched by the time Danilo D’Ambrosio unpicked the Bologna backline and Da Costa thwarted Perisic at close quarters.

Eder shot too close to Da Costa when well-placed before the hour and Perisic, by some distance the most vibrant attacking presence on the field, sent a rasping effort just beyond the crossbar.

A yellow card for Miranda midway through the second half meant Pioli will be without the Brazilian defender for Roma’s visit to San Siro.

D’Ambrosio conceded a potentially more damaging foul when he brought down Verdi on the edge of the box after 73 minutes but the Bologna man was unable to convert.

But Gabriel, on for the ineffective Antonio Candreva, would have no such problems eight minutes later, when D’Ambrosio picked him out for a simple back-post finish that prompted prolonged celebrations, bursting with joy and relief.

Inter’s matchwinner was denied a second by Adam Masina’s goalline clearance – suggesting the trials of six torturous months might be behind him already.