Ahead of Barcelona against Inter at the Camp Nou on matchday two ?in the Champions League, we take a look at the history of the fixture from over the years and what to expect when both sides meet on Wednesday night.

Ernesto Valverde’s men will be looking to secure their first win in Europe’s elite competition this season, having drawn 0-0 against Borussia Dortmund at Signal Iduna Park in their opening group stage match. Meanwhile, having suffered a frustrating 1-1 draw with Slavia Prague in the competition at San Siro previously, Inter will hope to claim maximum points in Catalonia.

Both sides go into the game on the back of domestic wins. Barça were 2-0 winners away at Getafe on Saturday in La Liga, as well as claiming their first clean sheet of the season.

Meanwhile, Antonio Conte’s side secured a 3-1 win over Sampdoria, making it six wins from six so far this campaign.

History of the Fixture

leaders in friendlies, with Barça winning four out of seven.

In all those encounters,

Both sides met in the 2002/03 second Champions League group stage, with Barcelona winning 3-0 in Spain before a goalless draw in Milan. JPhillip Cocu and Patrick Kluivert all netted at the Camp Nou. The Catalan giants finished first in Group A with Inter second, but were eliminated in the quarter-finals, while the Nerazzurri lost to neighbours AC Milan in the last four.

Their next four fixtures all came in the 2009/10 season, when the game in Milan again finished scoreless. A 2-0 victory at the Camp Nou followed for a Barcelona side coached by Pep Guardiola, with Gerard Piqué scoring the first goal.

Both again progressed to the knockout rounds and were reunited in the semi-finals, when Jose Mourinho’s Inter famously won the first leg 3-1 at San Siro. Despite a 1-0 defeat at the Camp Nou – due to another Piqué goal – Inter held on to reach the final, where they beat Bayern Munich to claim their third European title.

The two sides met in last season’s group stages, where Barça won 2-0 at Camp Nou, and drew 1-1 in Milan. 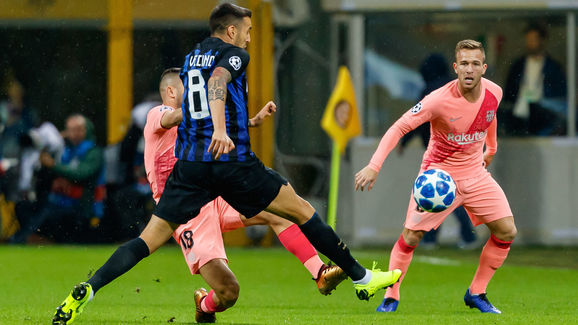 There have been 14 players over the years to feature for both sides:

– The Spanish one, not the current Uruguayan talisman. Now 84 years old, the attacking midfielder made over 120 appearances for Barça between 1955-61, and whopping 264 for Inter between 1961-70. Astonishing.

– One of the greatest footballers in Portugal’s history, he spent a combined nine season with these two clubs in his playing days. While he came up as a young fleet-footed star at Inter, the Brazilian was a fully-fledged superstar by the time he signed for Barcelona. However, things haven’t worked out as a planned and the Brazilian is now on loan at Bayern Munich. 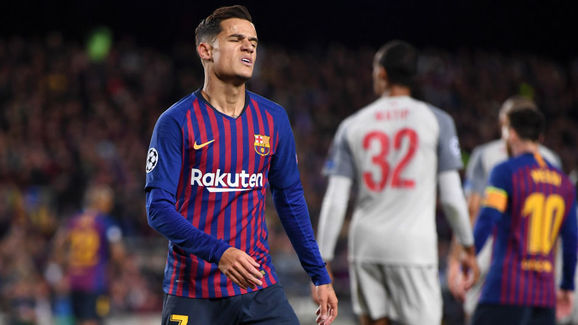 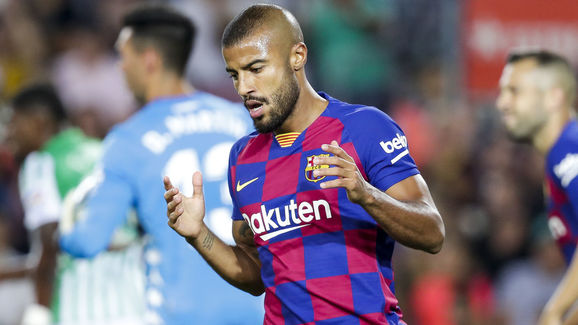 Jeison Murillo – Having spent half the season at Barcelona last campaign on loan from Valencia, the Colombia international had a mixed spell at Inter during his time at the club between 2015 and 18, making over 60 appearances. He is now on-loan at Sampdoria from Valencia.

What Can We Expect??

It should be an exciting encounter between two attacking teams, who will both want to secure all three points.

Both sides go into the game following domestic victories and have players who can score goals (10 different players from each side have netted so far in all competitions). Despite Lionel Messi’s absence, Barça have enough quality in their ranks to secure their first Champions League victory of the season. However, it will be tough, with Inter winning six from six so far in Serie A.